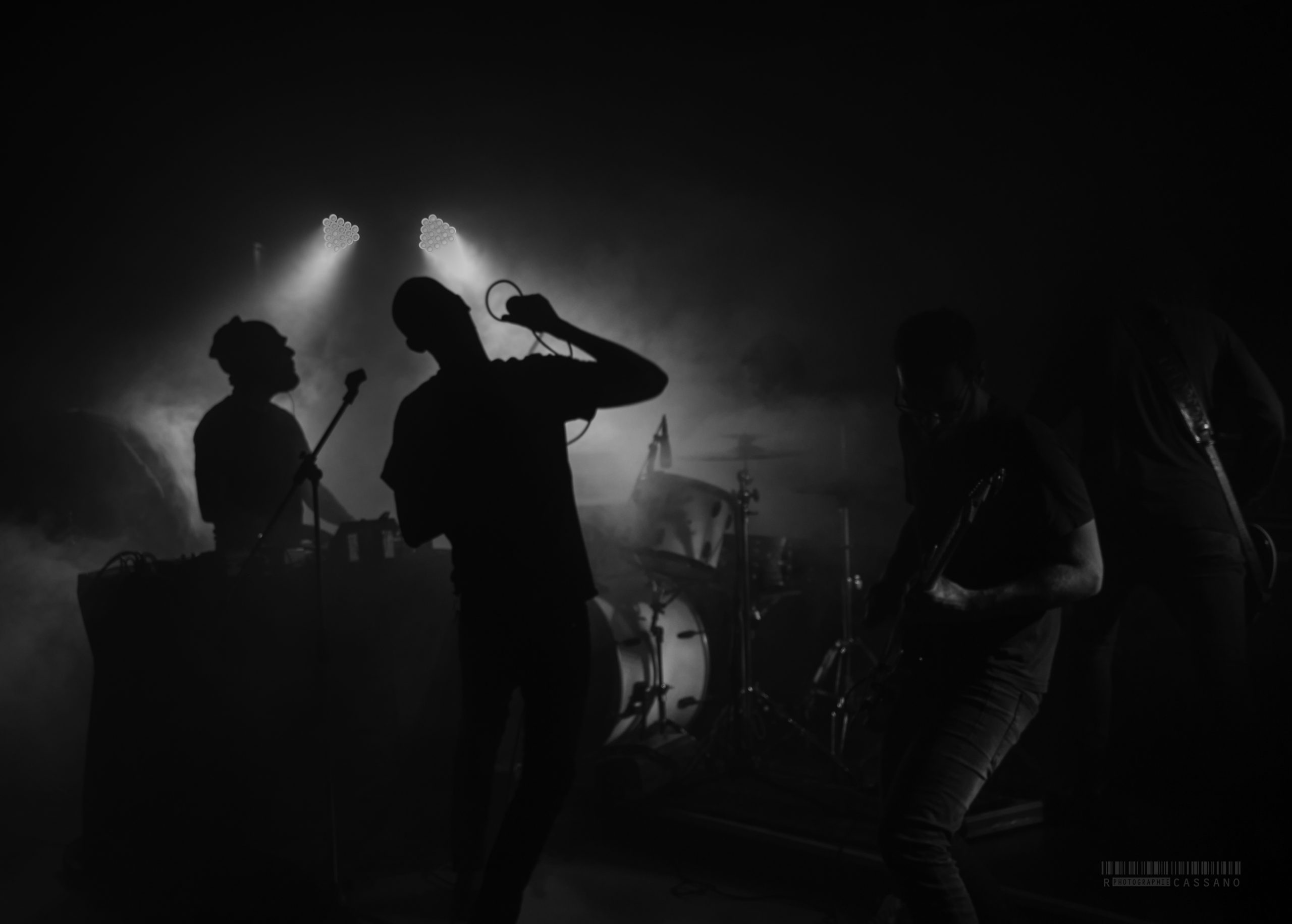 This week, Everything Is Noise is privileged to go deep into the realms of dense, dark, and foreboding metal, courtesy of WOWS. WOWS are an Italian six-piece who draw from the finest conventions of post/drone/doom and black metal to create something truly their own. Good for us then, that the band’s guitarist Matteo Baldi was kind enough to give us an insight into their creative processes.

Very recently, WOWS released their third studio album, Ver Sacrum, which is a triumphant milestone in their eclectic timeline. It is a patient, hard, and heavy piece that siphons through an expanse of emotion. At just five tracks, you get an epic run for your money, and for the underground metal enthusiast, it’s an essential addition to the collection.

There is a reason why Ver Sacrum goes through such a complex range of moods. It depicts a path charting through destruction, complete nothingness, and finally to a slow rebirth. This journey can be marked at each track. Progressing from the intro of “Elysium”, the nine-minute soundscapes of “Mythras” represent destruction, and the following track “Vacuum” describes the resulting void. The two closing numbers, “Lux Æterna” and “Resurrecturis”, chart the slow rebirth, and finally, rebirth itself.

‘It’s a natural cycle really. It’s everywhere in our world. We have always been fascinated by these topics. In AION we thought about time, eras endlessly following one another, shaping our reality in the meantime.’

The AION Matteo refers to is in fact the band’s second album, which was released back in 2015. By pulling in some brooding, doomy traits of its own, AION lays the groundwork for the triumph that is its five-year-in-the-making sequel, Ver Sacrum. It might not be surprising to learn that during the band’s 12-year journey, their earlier sounds were a little dissimilar to now. One might be even more surprised to find out that they started life immersed in a different genre altogether. Under the alternate name of The WOWS, their debut 2013 album, War On Wall Street, strongly carries the traits of indie rock ‘n’ roll. Skip straight from this record to Ver Sacrum, and you’ll get a stark shift in direction.

‘We evolved a lot. When we started, we were really young, and our 12+ year collaboration led to many musical journeys. We like to experiment with new stuff and to be different. That’s the main reason we make music together.’

Hold up one second! Could War On Wall Street be the origin of the name ‘WOWS‘? On the contrary, that is just one of a multitude of possible explanations.

‘The meaning of the name has changed through the years. There’s not really one. We liked the sound of the word. It’s like a wave, a sound wave. We discovered that ‘wows’ is a control in old tape delays. That’s a cool one…’

Anyway, their first movement away from the initial efforts of War On Wall Street came in 2014, with their standalone single “Monster Eyes”. It’s a melodic number with a notable edge of rage. This song laid the blueprints for their 2015 resurgence in the form of AION, and was ultimately all part of the band’s ongoing drive to do better than before. Though AION is magnificent in a lot of ways, this challenge continued thereafter and through to today. Ver Sacrum brought in new musical influences, such as black, hardcore, and drone, which were not present in its predecessor. Combine the raw and progressive hallmarks of classic post-metal with the band’s emotional attitude, and the result is the abrasive elegance of songs such as “Lux Æterna”, and a rejuvenated sound for the band.

Jumping back to the present, and WOWS are fully comfortable in their flesh, and this sense of loud and passionate contentedness can be heard amply in their new music. As stated on their social media pages, they fight against everything and nothing, and follow light and darkness. On hearing Ver Sacrum, these juxtaposes make perfect sense. Matteo assures us that utilising feeling through music is sacrosanct, and that there is no emotion without it. Even though this range of moods is clearly expressed, the band prefer that the listeners find ways to attribute it to their own life experiences.

‘Of course the overall mood is dark and mystical, spiritual if you will. So there’s despair, but there’s also hope. We also try to find the balance in all the emotions, even if a little more on the aggressive and violent part, but hey! We’re a live band and we like to deliver good and powerful shows.’

The process of translating these feelings into sound is a whole separate challenge. It’s not just a case of making the sound credible, but also original and unique. The key, as far as Matteo is concerned, is to follow what you feel, so that 100% of the emotional content is sincere. The difficult part is ensuring that the majority of listeners acquire a resulting feeling of their own, and this means that the band have to rationalize and focus their emotions in a way that becomes relatable… as well as making a good song. Combining the right sound, the right musical influence and placing it in the right moment, contributes to the creation of a particular atmosphere. We the audience, can take it from there.

‘Sure it’s not an easy process. For us, it’s a very long one really. This time, it took almost five years.’

As with all good working bands, WOWS pride themselves on their live performances, and so 2020 has been a downer for obvious reasons. If there is a silver lining to be found, it’s that the band were at least able to take Ver Sacrum to the stage, back as early as 2018. As far as where things are headed next, the future is as unpredictable for WOWS as it is for any other group on this Earth. One fact, however, is very clear:

‘As long as we enjoy what we’re doing, we will continue to write songs, that’s for sure!’

Good to hear. You can listen to the mighty Ver Sacrum, and more from WOWS at their Bandcamp page. For all other news and info, visit their Facebook.