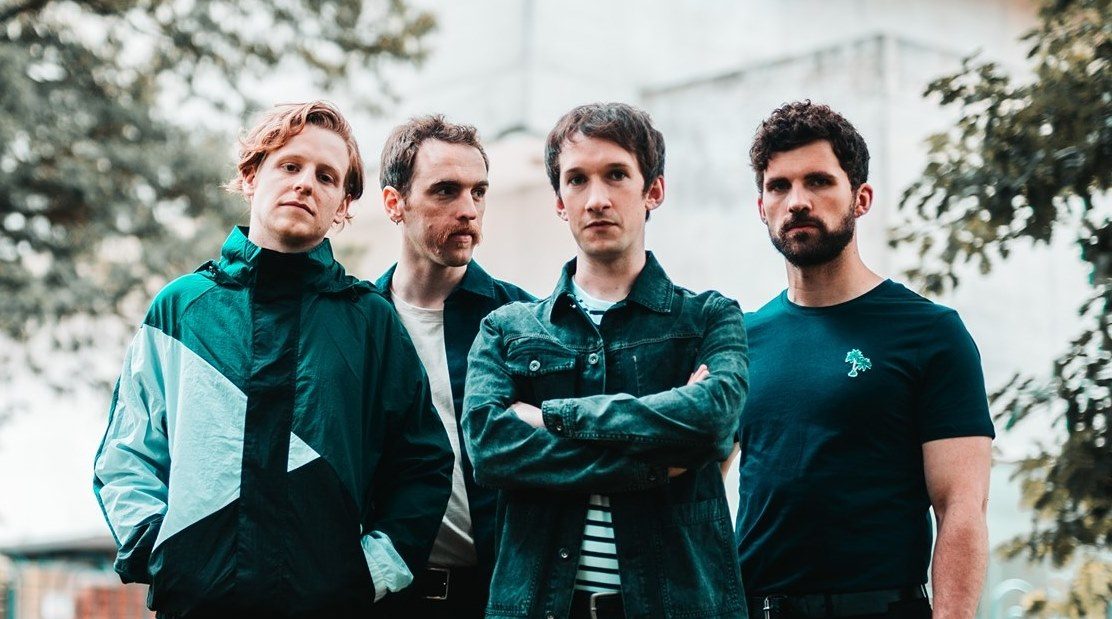 ‘I can’t think of a case where poems changed the world, but what they do is they change people’s understanding of what is going on in the world.‘

Seamus Heaney summed up better than any of us ever could the importance of using the arts to educate and to inform others. Music has a special place in society, wherein a simple song or even lyric can change an individuals mindset and allow them to become a little more understanding. Enter our newest Weekly Featured Artist at Everything Is Noise, Northern Irish alt-punks The Wood Burning Savages. The 4-piece aim to write more than just songs, they want to write pieces of music that embody the idea that art should enhance people’s awareness and increase empathy for those less fortunate than us. Guitarist/vocalist Paul Connolly explains how the band first got together, in a previous interview with xsnoise:

‘The  band got together in Derry, Northern Ireland quite quickly after I’d finished with another group who I had been playing with through school and Uni. When that ended me and another guy who was playing the drums with us at the time thought it was a shame that we had a lot of songs left and it would be terrible to waste them. So we took a couple of weeks to look for a guitar and bass player. Then one day Daniel Acheson walked into a bar and said ‘I’m looking to play in a band’, and he joined as our bass player.

‘We shared a lot of the same interests, and we like a lot of the same artists, books, and music, and we had the same outlook on a lot of things, so that was important. So we took it from there. We had our first gig booked about a month after we started playing, we only had about four or five songs, but it was a test to see if we could get together and hack it. Over the last couple of years, we have been doing UK tours including Glastonbury a few years ago, and since then we have been on a cycle of recording, releasing and gigging, so it’s been terrific we have been keeping as busy as possible.‘

The Wood Burning Savages are a band that have slowly built their reputation and increased their following with dedicated promotion, blistering live shows and just plain hard work as a self-proclaimed ‘proud independent band‘. A string of singles and smaller releases helped the band build enough momentum to work on a full length debut album. Stability, recorded with Rocky O’Reilly at Start Together Studios, was released in 2018 to great acclaim, with the band’s efforts winning them the NI Music Prize for best album. The fast-paced, energy fuelled tracks, coupled with the socially aware lyrical content, allowed the band to reach a demographic that was feeling particularly targeted at the time. In Northern Ireland, the government had collapsed and jobs were being lost across the country, all whilst the politicians continued to earn a wage for putting countless individuals and families at risk:

‘At the time the album was released Northern Ireland had been without a government for almost 500 days. Officials were on 48k a year basic for doing absolutely nothing. Meanwhile, men and women were getting up in the morning and queuing in the rain for the dole just to keep shoes on the kids’ feet and food on the table.‘

Content warning – this next section of the feature discusses themes of depression and suicide.

The band showcase their ability to write songs that come from deep within throughout their back catalogue, none more so than the heart-wrenching “Lusitania” from the aforementioned debut album Stability. “Lusitania” describes the sinking ship that can be depression and the need for us to all try and keep those that are struggling afloat. The line ‘Do you know that I still wake up/With your screams ringing in my ears‘ is one that will hit a little too closely for many of us, Connolly reminding us to reach out to friends, family and those that don’t fall into either category when it becomes obvious that they are struggling. Connolly outlines the message and meaning behind this particular song:

‘HMS Lusitania was a boat that was sunk under mysterious circumstances and launched the war up a gear, but the song isn’t about that. The boat is essentially a metaphor for someone who you’re not quite sure about, you know that’ve got something going on, they’re going through some kind of a black dog situation. They’ve got a demon on their shoulder, they’re depressed. It’s been exacerbated by loneliness, by being out on dark water by themselves. You know you should say something to them, but you gloss over and say nothing and something terrible happens. Maybe they take their own life, maybe they hermit-ise and go into themselves. They are lost, as it were. Really it’s a song about looking out for your friends, your family and perfect strangers. This song hopefully gets across how bad it can get for one person and how bad things are before a lot of people look for help. We believe that there is nothing at all that can’t be talked about. There’s nothing that can’t be solved by talking about it.‘

Such deep meaning is prevalent throughout the band’s work, listening to their songs or diving into the lyrics it is clear the compassion they hold for those around them. There are very few, if any, releases that don’t feature a message to the listener that asks them to take stock of their own life and how they might improve by helping others. This theme of looking out for one another is prevalent throughout Connolly’s lyrical content and it is something he believes is key to the overarching philosophy of The Wood Burning Savages:

‘This is a big thing throughout the history of The Wood Burning Savages, whether it is a song about looking around where you are from and trying to make it a better place, or songs that ask you to step outside yourself for just a wee minute and ask if you are really enjoying the important things in life, like people and time. These are songs about how terrifying a world we’re living in right now, while the news reports only what it wants us to see.

‘Ultimately, these are songs to remind us all however that we have the power to make the world a better, brighter, more loving place. You know that already though!‘

Whilst coming primarily from a place of love and understanding, The Wood Burning Savages are not afraid to vent their anger when it is needed. ‘You’ve stolen our youth/And robbed us of all hope‘ rages Connolly on “I Don’t Know Why I Do It To Myself”, an ode to workers left to rot on the scrapheap by corporations that fail to recognise them as any more than a number. It is this anger and care for others that has garnered the band so many loyal followers across Ireland and the UK, with the band proudly shouting for the downfallen. ‘Let’s get it started/Let’s give it a push‘ is the message on the anthemic “We Love You”, you get the message that the 4-piece will not stop putting their shoulder to the wheel to try and change things for the better where they can.

Obviously, it is not just enough to say the right things, the songs and performances need to hit home as well. The Wood Burning Savages are renowned across Ireland and the UK for their blistering live performances, adding the NI Music Prize award for Best Live Band to their growing list of accolades. High profile support slots with the likes of Snow Patrol, Death From Above, Skinny Lister and Therapy? have helped grow the bands fanbase, in addition to their own headline shows and festival appearances, including (the slightly well known) Glastonbury. I managed to catch the band live during the Stability tour in Dublin, Ireland, and it was plain to see the connection between audience and band. A powercut early on in the set did little to dampen spirits, seeming to further energise the band, with the audience’s appreciation shown with louder singalongs and sweatier dancing. Connolly explains how the band feed off these real-life interactions with fans both old and new alike:

‘We are enormously grateful for the support we receive and can’t wait to get back to seeing you all at a show wherever you are. People are the fuel in the tank and the electricity that keeps The Wood Burning Savages live and loud!‘

With the band currently preparing to get back on the road with a new live show and some new tunes, the remainder of 2021 and beyond is promising to be busy for The Wood Burning Savages, so be sure to keep an eye on their Facebook and Instagram pages. For those of you based in Ireland, you can catch the band as they enter post-pandemic civilisation, sharing the stage with Ash on their rescheduled tour in December 2021. Full details and ticket booking here.

The Wood Burning Savages is: