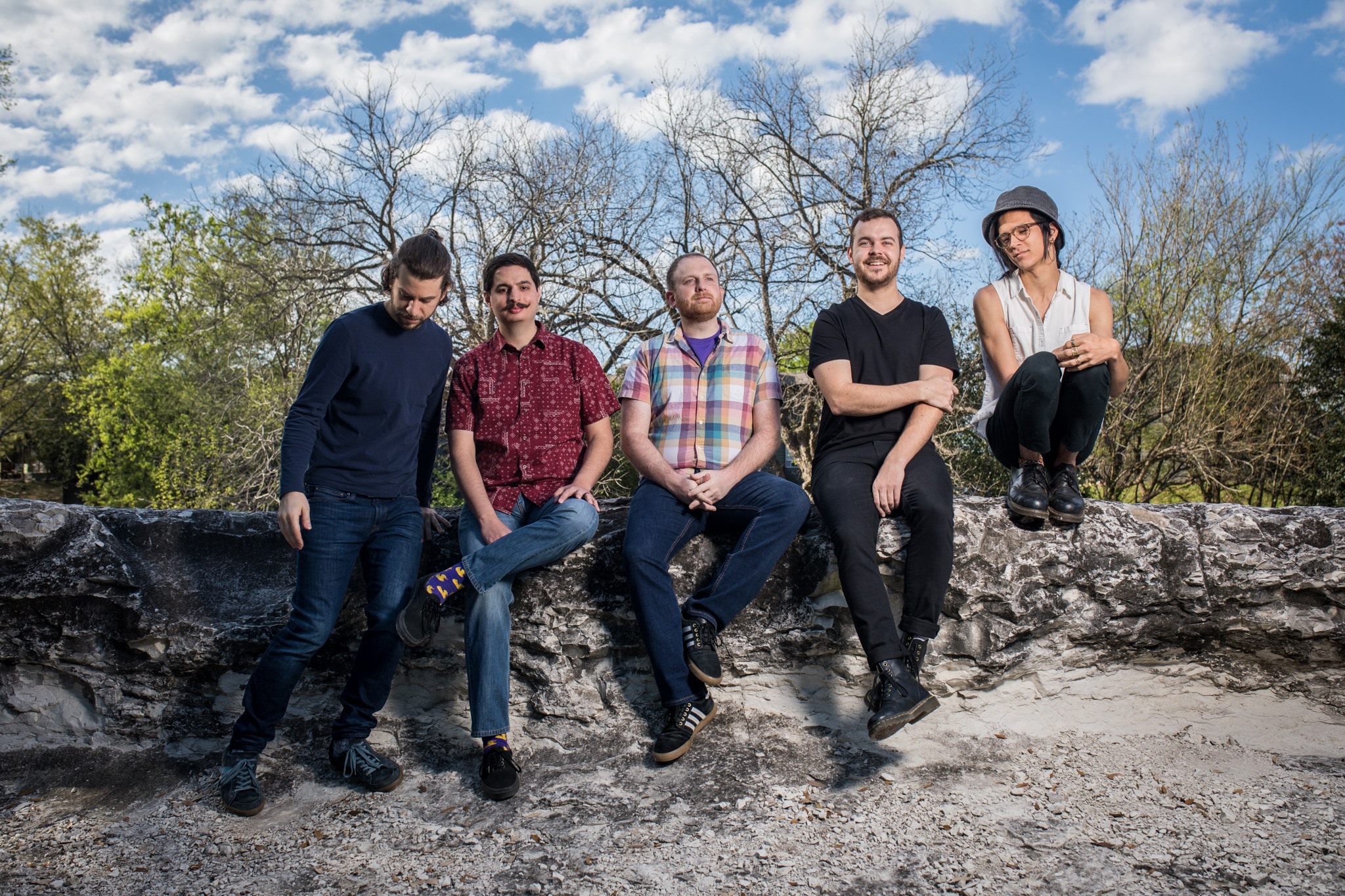 Chances are you’ll need to absorb something positive amidst this wild ocean of reality right now. Music is a good place to start, and no doubt you’ve jumped into some stunning records – old and new – over the past month. If The Kraken Quartet slipped your attention, then now’s the time to get involved. This dynamic four-piece recently recruited a temporary fifth member, and as a result released a stunning new EP. Everything Is Noise is therefore honoured to talk to band member Chris Demetriou about the band’s past, present, and future.

First forming in 2012, The Kraken Quartet made waves with their 2017 album Separate | Migrate. The record is an instrumental percussive tour de force, possessing a neat mix of intensity and enthusiasm. Check out the first video below to get a feel for their instrumental set-up!

However, their recently released EP Backdrop is a very different affair, largely due to the undertaking of musician Nay Wilkins, who goes by the musical alias of Adobo. You may also know them from the band Hikes. This honorary fifth member provides some extremely pleasant vocals, as well as some stunning guitar work. It renders Backdrop the band’s finest work to date.

After playing a local show arranged by The Kraken Quartet in 2018, Nay approached the band with a melody and a cool rhythmic motif, which gave rise to the track “Zev”. The collaboration grew ever stronger afterwards, as Chris explains:

‘The more time we spent working on it together, the more natural the partnership felt. We were having so much fun working with Nay, we decided to try writing another tune… and then another. In the end, this turned into Backdrop.‘

Chris went on to explain some of the themes of the EP, stating that although the stories are personal, the themes are universal, and that there is a validity to everybody’s struggles no matter how big or small, as reflected in Backdrop‘s music.

‘Our hope is that the EP gives an opening for you to bring your own life and stories to the music, and invites you to think about how we can help each other find that joy even when times are tough.’

From Nay’s perspective, the following statement was also released about the EP:

‘Backdrop‘s lyrics are about the effort it takes to stay enamored with the world when hard times hit. Following their dad’s heart attack, losing a best friend, and in the midst of the literal and emotional distancing the world is experiencing, Nay is inviting listeners in to think about what it means to be a backdrop, a vessel for empathy and understanding, and enjoy the world for what it is.‘

This sense of feeling is what really shines through in the record. When The Kraken Quartet create an album, they consider it less as a collection of songs, and more as one body of work. They spend a lot of time storyboarding to ensure the record flows and contains the appropriate quantity of peaks, valleys, twists, and turns. The hope is that through the mix of introverted, contemplative, and bombastic moments, people experience a whole range of feelings at their own individual pace.

As already mentioned, the extra depth Nay/Adobo brings to the band is invaluable; Chris talked extensively about his admiration for Nay’s musical style and how it lends itself to the percussive traits of The Kraken Quartet. As a result, the levelled-up musical unit find themselves overlaying dozens of sounds to find the perfect blend, and to mimic guitar sections on mallet instruments (and vice versa) to really shake things up. Simply put, it would not work if it weren’t for the sum of its parts.

‘One of the things we admire about Nay’s playing is the way vocals and guitar blend together, creating one new and unique sound. Hearing this and working with Nay really made us think about our own blend and orchestration. In creating the EP, we obsessed over color and character, something that is a signature of Adobo’s music.’

In terms of outside influence, it’s all down to the individual lives of the band members. They are tight as a unit, but are motivated by different things outside of the group. The fun part comes when they pull all these thoughts together to create something new. In relation to that, it’s fascinating to learn that Serparate | Migrate is literally about living in four different cities, but then coming together in once place (Austin, Texas to be exact). The same idea goes figuratively for the music: when the group was finally one, the songs came to life.

Furthermore, one can imagine the arrangements and composition being a complex undertaking. Each band member plays their part in the ever-changing creative process. The collaborative process is so molecular that there is rarely a part of their music attributed to one singular person.

‘Sometimes a member will come in with a song 80% of the way there, other times someone will have just a few notes and a rhythmic hook. We will trade these ideas around, tinker with each other’s writing, improvise as a group, loop and layer sounds in a room together – really, every song has its own process. This keeps us on our toes, and drives us to try new things as a band.‘

It’s also a no-brainer that this band needs to be very tight as a unit, and that requires the appropriate amount of practise and mutual understanding. The four core band members have known each other for eight years – in that time, they have put a lot of energy into building a sense of groove and rhythm. Seeing as working on songs for live performances is a labour of love, the band spend hours ensuring that everything locks into place. The intuition is a result of hard work, which then turns into fun on the stage, the sensation of which will hopefully be shared by audiences.

In relation to what I wrote at the start, music is a constant which can be relied upon even in the most turbulent of times. Music is also something subjective to the individual. To Chris of The Kraken Quartet, music is limitless. Though daunting, the prospect of new exploration is comforting, be it a different challenge to face or a fresh perspective to bring into your life.

‘There is joy in knowing that, no matter what, you can come back to music and find something to get excited about. When one of us gets excited about something new, it brings energy to the band and fuels our collaboration.

On the flip side, having an outlet for new ideas pushes us as individuals to keep exploring and growing. For us, music is about this balance between growing as an individual and growing as a collective. More importantly, it is about finding joy in that process.‘

May the joy live on for as long as is humanly possible! Backdrop is a gem of an EP, which it’s fair to say could not have arrived at a better time. It’s also an evolutionary step in the band’s sound, and recent global events have not deterred them from bringing the brilliance of their new music to the people. That in turn leads to one final question: what happens next?

‘There is so much up in the air right now, but we are hoping to play Backdrop live as soon as it is safe to have shows. Performing with Nay is a blast, and we aren’t ready to put away these tunes yet. Aside from that, we are making headway on our next release. We are keeping details under wraps for now, but we seriously cannot wait for people to listen!‘