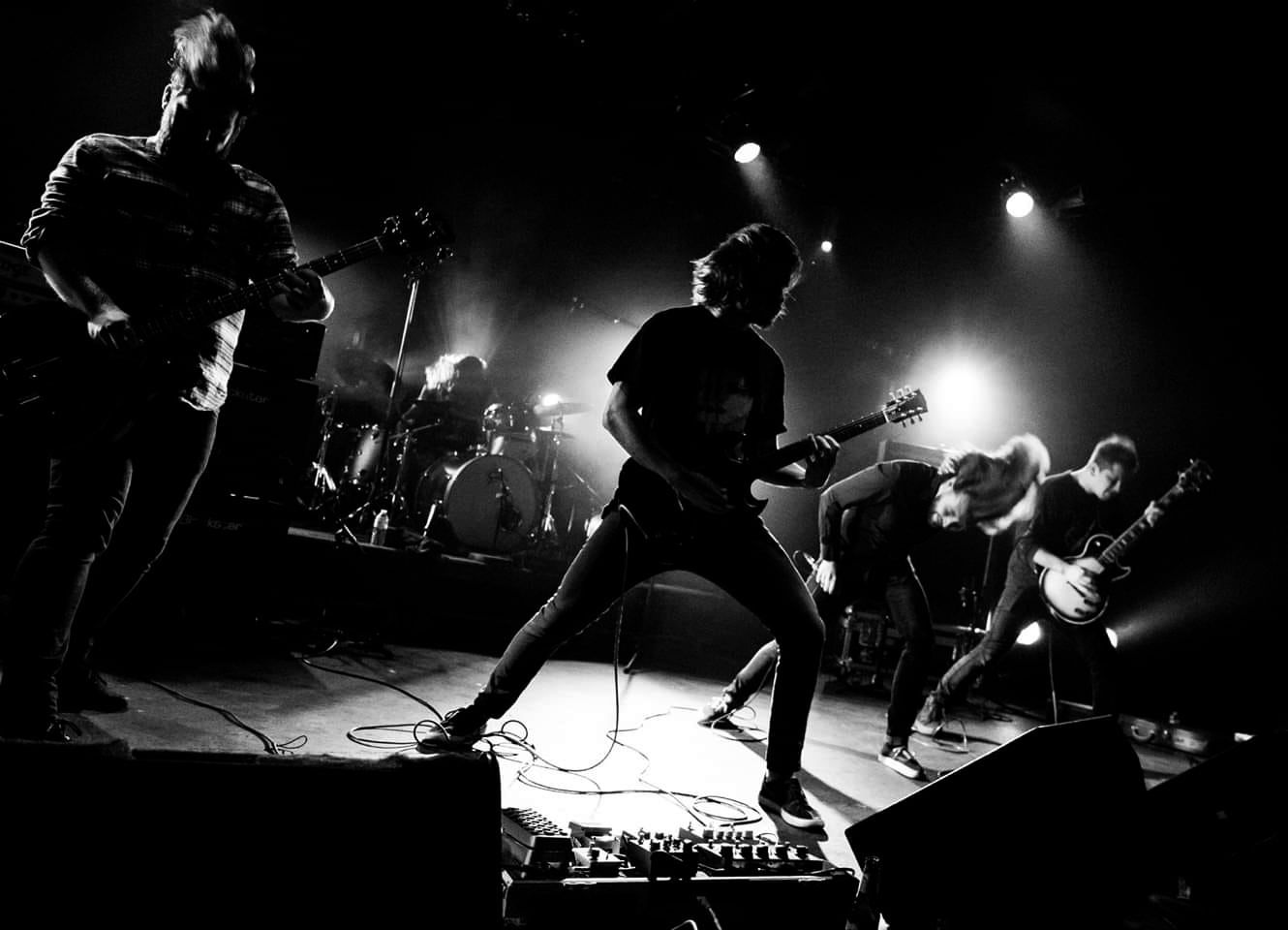 The past couple of years have seen an exciting flux of new and underground artists, who have fused pre-existing conventions in some very natural yet inventive ways. I’m talking namely about the long-running tropes of black metal and post metal – just two of the many styles who may at first seem at odds with one another, but at the same time, have some highly distinct common ground.

This idea is not lost on the good people of Sons Of A Wanted Man who, last February, released one of the most stunning blackened post-metal albums of the year. Everything Is Noise is therefore honoured beyond measure to catch up with the band to talk about all things SOAWM, starting with the creative inspiration behind their latest record, Kenoma.

The word Kenoma is derived from an old Greek concept meaning ‘emptiness’. This of course is in contrast to ‘Pleroma‘ which in turn refers to ‘fullness‘. Note also that the album’s opening and closing tracks are titled “Kenoma” and “Pleroma” respectively. This is no coincidence. They were placed as such so that the music moves gradually from one cycle to the next. This sense of hope and growth is therefore revoked when the album is repeated, and ‘Pleroma’ continues to make room for ‘Kenoma’, in an infinite loop.

Given the substantial clout that the album provides, this concept will be fully absorbed by listeners, as the band collectively explain:

‘Although the album is envisioned as a process that moves from “Kenoma” to “Pleroma”, all tracks have their own meaning and tell their own individual stories. In other words, there is no ‘red thread’, nor should Kenoma be considered a concept album.’

One of Kenoma‘s most interesting stories can be found in the titular opening track. It weaves the tale of an individual from an alternative future reality, who endeavours to warn our present day selves about the disasters, environmental or otherwise, that we are tumbling towards. There is a sense of urgency in this message that advises humanity to question their decisions and the consequences of their actions…

Past that, the listener experience, and their interaction with Kenoma, is purely subjective.

‘Our music does not have to convey a predefined message, because we strongly believe that music can have different meanings to different people during different times. We only have control over what our music means to ourselves, and even that can vary from moment to moment.’

Through this, the band hope that listeners can recognise the intense, emotional progressions of SOAWM as sincere, honest, and heartfelt. In turn, the band are eternally humbled on hearing testimonies from their fans, particularly when it resonates with those in question during trying times.

As I already mentioned, one of the great handles of Kenoma is the fusion of different sub-genres. As is the natural flow of creativity, you may not be surprised to learn that this wasn’t fully intentional. SOAWM is a congregation of musicians from different backgrounds, who have played styles such as post-rock, thrash, and death metal. Henceforth, a spontaneous evolution of sound within the band is inevitable. It’s then a case of collectively jamming with one or two ideas and seeing where they are headed. The most important criteria though, is making sure that the resulting sequences and grooves have a natural feel within them.

‘We try not to overthink it and often stick with what comes spontaneously. Since we never predetermine what kind of songs we want to write, we do not experience this as a challenge but rather as an organic and creative process.’

Needless to say, SOAWM is a project where everybody shows up and puts the work in. They abide by the workhorse philosophy of not slacking off and giving the process everything they have, to create a product worthy of the price tag. As part of their very legacy, it’s essential that they are able to tap into the energies and emotions of each song.

‘You basically feel like an angry old man shaking his fist and shouting at the sea in the middle of a storm. You cannot allow yourself to back down at that moment, even if it takes hours for the storm to cease.’

To bring this album into practicality, the band had to surround themselves with the right kind of people – namely those who understood and were therefore able to help translate the vision of SOAWM to sound. Such is their work ethic, they spent months of rehearsing and writing, which then led to recording pre-productions. At this point, they were able to condition the tempos, dynamics, and the extra layers and soundscapes needed to truly bring the album to life.

Despite all their preparations, there was no less than 11 days of studio time required. It gave the band time to shape their sound to its fullest potential. They utilised people familiar with the band’s musical ideals to assist with the overall mixing. At this point, they employed the mastering abilities of Cult of Luna drummer, Magnus Lindberg, who has also collaborated with acts such as Russian Circles and Alcest.

Another interesting point regarding the SOAWM dynamic is that every band member is on equal footing with one another. As this group is comprised of so many different backgrounds, it only makes sense that the musicians share equal portions of creativity.

‘Everyone in this band has different musical strengths and limitations, making the process of writing together enriching and interesting. With this album, we have learned a lot from each other and feel that we have grown both individually and collectively.’

In terms of inspiration for these amazing songs, SOAWM testify that ideas can be found from just about anywhere, be it society, art, or even dreams. Let’s not overlook the more tedious tasks of everyday life, as they also play their part.

‘On multiple occasions it has happened that you find yourself outside, weeding your garden for example, when all of a sudden an idea for a song just grabs you and you have to run inside to write it down before you forget it.’

It just shows how much of an active part music plays in the personal lives of this band. Dig deep inside the SOAWM timeline and you will gather a clear sense of progression, which comes only from dedication and passion. From the 2015 two song release of, “Ascension” and “3rd Sun”, which had some fairly rudimentary hardcore and post-metal sounds, through the 2016 black metal and shoegaze-inspired EP, Black Days Black Dust, we can hear that Sons Of A Wanted Man is a life form that keeps evolving.

‘An outsider might probably have a better view on the progress between Black Days Black Dust and Kenoma because for us, this band will always be progressing and experimenting.’

A point towards the future perhaps… as uncertain as that might be. As with most bands, Sons Of A Wanted Man were planning to tour off the back of Kenoma, only to be faced with successive cancellations. With the uncertainty of where exactly the music scene will even be headed, there is little else to do other than focus on new music… so it’s not all bad news.

‘Playing live shows again is something we really miss so hopefully we will be able to do so later this year… fingers crossed.’

We at Everything Is Noise second that.

You can hear and support Sons Of A Wanted Man at their Bandcamp page. For all other news and info, visit their Facebook page. 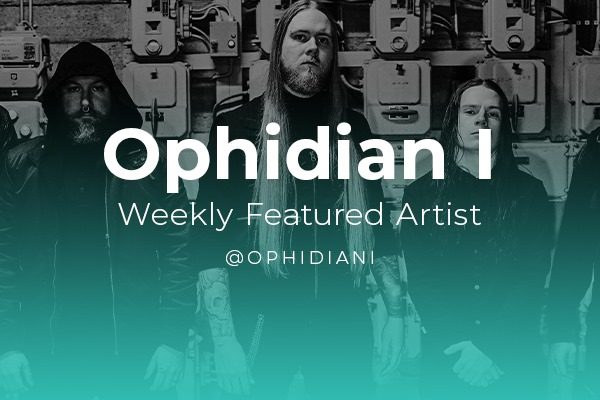