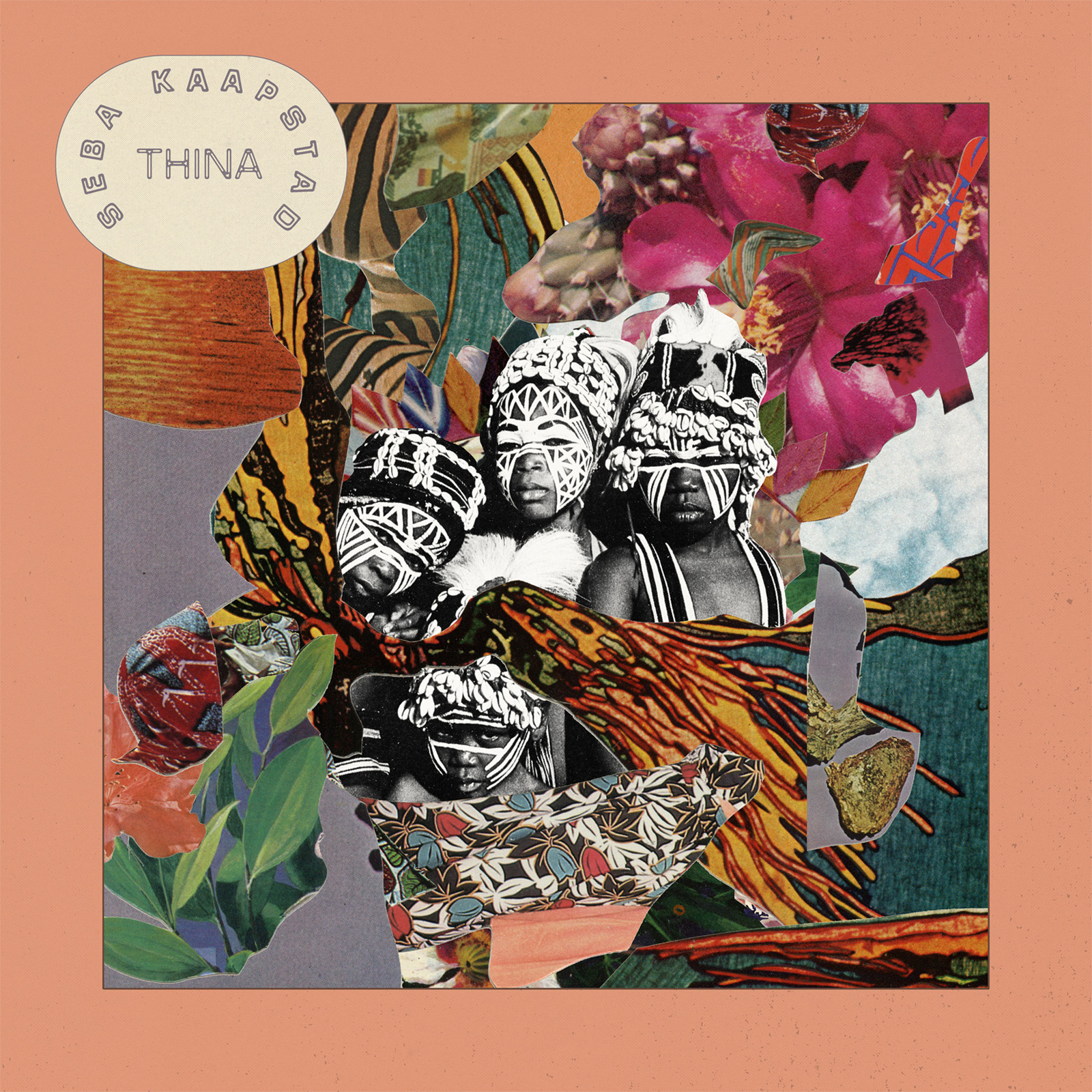 One of the records that will be spinning all summer for me is Seba Kaapstad‘s brilliant new album Thina, thanks to the energetic but soulful combination of sounds that allows you to truly drift into another realm of consciousness. I’d been thinking of setting up an interview to dig into the roots of the bands collective genius, so when the opportunity presented itself, I kept on it. Everything Is Noise is proud to give our readers an insight into this exciting upcoming band, with Seba Kaapstad our Weekly Featured Artist this time around.

One of the most striking aspects of the band is that they are split 50/50 over two continents, with two members in Germany and two in South Africa. Seba Kaapstad started when one of the members (Seba Schuster) travelled down to Cape Town’s University in South Africa, where he met two local artists – Zoe Modiga & Ndumiso Manana. To begin with, they worked in a free and open setting, tearing apart existing songs and jamming together. Over time, however, mutual respect blossomed and the band began to groove harder together, resulting in them collaborating and writing songs together. From the words of Seba, it sounds like a match made in heaven.

‘The more we worked together the more it seemed as though a deeper chemistry was being formed within the music. We started to write songs, and I already could feel, that this collaboration gonna be very special in every way. We were really able to freely express our minds on a lot of topics and enjoyed the process while at it so much.’

In 2016, the band took it to the next level and recorded their debut album Tagore’s, a neo-soul gem that warms the soul from the very first minute. The album features exceptional song composition and by the middle of the very first track, you will be lost in the collective’s noise. Packed full of jazzy elements, the band also channels the polyrhythms of Africa into their sound, as well as experimental electronic elements. And all of that is before we move onto the incredible vocals by lead singers Zoe and Manana, a duet whose voices imbue energy and rich emotion into the music.

Seba told me how in Tagore’s you can really identify the two worlds that the bands come from, with the European jazz influences brought across by himself as well as the RnB, soul, and groove that makes Seba Kaapstad‘s music unique and exciting.

After the release cycle of Tagore‘s, friend of the band Phillip Schiebel aka Pheel joined, completing the line-up as you see it today. Asked how the band manages the cross-continental writing process, Seba told us that he and Phil will often approach the others with a pre-arranged song, leaving it then to Zoe & Manana to mould and shape the final elements of the song with their vocals. Seba commented that this dynamic and wholesome approach to the music allowed the band to flesh out stories and messages to be conveyed in the songs.

The band recorded their latest record Thina at Pheel’s studio in Stuttgart, Germany, and this allowed them to explore the electronic aspects that they didn’t touch on too heavily in Tagore’s. Right from the off, the band sound like they are channelling bands like Hiatus Kiayote and Anderson. Paak much more, whereas Tagore’s is filled with Family & Friends era Snarky Puppy songs. These electronic elements capture the listener more I feel, the complex layers combining into beats that relax and empower.

You can really feel from each track that this is the album they really wanted to make, straying further from genre-bound conventions and diving further into the African sound, in both beat and dialect. The duet singing in multiple languages works spectacularly for the band, adding a fresh element that I haven’t discovered on my own travels. Joining the band on the record is a slew of supporting artists, adding a range of instrumental sounds to the record that only serves to flesh out the complex layers more, and involves the listener more in their music.

The band have so far played a few gigs in Germany on Thina‘s release cycle, but they are already hard at work on the next album. The idea is to keep momentum on writing so the next release doesn’t get lost in translation, something very easy when your band members are 5,700 miles away. However, the band doesn’t plan to stop touring Thina yet and they are looking at a European tour in early 2020 – seeing what else comes their way in the meantime.

Asked about bands which inspire Seba Kaapstad‘s sound, Seba told me that there have been a fair few artist on repeat. On top of the two soul artists aforementioned, Emily King, Oumou Sangbare, and H.E.R. are the must-listens, as well as artists like Jaga Jazzist, Robert Grasper, The Internet, and Sampha the Great.

Finally, we dove into what the goals are for this exciting band. Step one: more popularity, and despite the playing field of neo-soul being crowded I feel Seba Kaapstad has what it takes to make it big. Step two: international tours. You can see the band going down a storm as support for any of the major modern jazz acts, but with two albums worth of content under their belt, a headline slot would not be amiss either. Step three: festivals. The band are eyeing up festivals like Melt and North Sea Jazz Festival and feel confident their sound can translate to the big stage. They are used to playing clubs where their sound excels, but with the quality of PAs available nowadays, translating that to crowds of thousands should be no problem for this band, who already sound so damn good.

So there we have it, you have been introduced to the magnificent Seba Kaapstad. The band as mentioned is back at the drawing board, plotting their next release for us to consume. In the meantime, keep up to date with them on their Facebook, Twitter, and Instagram, and be sure to head over to their website, where the latest tour dates will be posted. Finally head to their Bandcamp to pick up Thina – we promise you won’t be disappointed. Thank you again to Seba Kaapstad for being our Weekly Featured Artist!