Post-metal is one of the most dynamic subgenres of metal in general in my opinion. I think it’s a perfect medium to capture some of the best parts of heavy music – the churning, sinister anger as well as the pensive and somber. When done well, a good post-metal album is absolutely breathtaking. This is the way Mountaineer is bound to make you feel on your first listen, and I am very excited to welcome them aboard as our newest Weekly Featured Artist.

This dynamic and ever-improving sextet from the San Francisco Bay are a little bit dreamy and dreary with a massive punch of sonic density. The group began as a duo by friends Miguel Meza and Clayton Bartholomew in 2016, when they began recording their debut Sirens & Slumber. Drummer Patrick Spain joined the fold in 2017 and they wrote Passages together. Guitarists Isaac Rigler and Forrest Harvey joined shortly after that release and 2020’s Bloodletting was written. Bassist Dillon Variz has since joined to complete the current line-up.

If you follow Everything Is Noise close enough, you may already be familiar with this awesome group. My buddy Tim wrote a review for Bloodletting, and it was featured on our album of the year list for 2020. Passages also earned a place on 2018’s list. I guess what I’m trying to say is that we are really big fans of these guys, and for very good reason. Few bands in the post-metal scene have grabbed my attention as fast as Mountaineer did when I found them through the site, and upon listening to “Hymnal: Passage II” for the first time I was hooked. Their music was dynamic and powerful, with memorable riffs and a striking vocal performance. There’s a constant showing of superb songwriting ability, as the structure of every song feels deliberate and perfectly paced. I honestly didn’t know how they would be able to follow it up successfully.

With Bloodletting, not only was I not let down, but my expectations were honestly shattered. Mountaineer delivered one of the best albums of 2020, and maybe one of my favorite post-metal albums of all time. It was fresh and interesting in a way that I didn’t expect it to be, with tons of moments that surprised me. It’s incredible how reminiscent it is of past efforts while also subverting anything you could anticipate. Every song feels entirely different all while maintaining the same sonic landscape. While it certainly wasn’t lacking before, the production makes it feel massive on a whole new scale. It’s filled with bluesy licks and bends, dreamy ambience, and just in general interesting and unique phrasing. I got to chat with lead guitarist Clayton and asked him about the writing process with Bloodletting:

‘The addition of Isaac and Forrest had a lot to do with it. They brought fresh ideas to the table. We also set out with a concept in mind to write towards and we kind of knew what we were wanting the record to sound like in general so that helped. I’ve always loved bluesy guitar stuff and try to throw some bendy, bluesy kinda stuff into songs when the other guys will let me get away with it. In my mind in particular, I wanted Bloodletting to emulate The Wall by Pink Floyd in a way, like our version of it and so some of those David Gilmour bendy lead licks seemed appropriate.’

The production value of Bloodletting is top notch, but the case was the same for both Passages and Sirens & Slumber as well. They’re layered incredibly well, with all the elements being discernible even through the tons of reverb. The songs hit hard in all the perfect spots with dense waves of noise, but also excel in the airy and light moments where there’s more room for the sounds to dance around the mix. It makes for great listening through all the moments and is just another reason Mountaineer is so awesome.

I really don’t think there are many bands around that are doing what Mountaineer is doing, and certainly not many doing it as well. The current iteration of the band is absolutely incredible and there’s really no discernable ceiling for their music, nor direction that can be confidently anticipated. The beginning minute or so of “Shot Through With Sunlight” is some of the best stuff they’ve written, and a great showcase of their varied writing. It begins with a single somber guitar, quickly layering into a plinky and upbeat bit. That quickly breaks into a heavy rupture from the full band that is incredible. Part of this eclecticism, according to Clayton, comes from the members’ different music backgrounds and personal tastes.

‘We all have such different tastes in music, but that may be what makes our thing work for us… having each of us come from a different place of inspiration seems important. We definitely don’t try to sound like anything else. I personally don’t listen to much music that could be considered part of our genre or subgenre because I don’t want to subconsciously borrow. I do listen to film soundtracks and older music a lot though for inspiration.‘

The guys in Mountaineer have been getting back together for practice recently and are planning to tour as soon as possible. A run was planned to support Bloodletting but was cancelled due to the pandemic. In the meantime, the band has been busy living regular lives as school teachers, graphic designers, and social workers. I was also given some very exciting news that the group has been writing and will be recording a handful of new songs in May!

In the meantime, you can listen to and purchase their music on their Bandcamp. Be sure to also follow the band on Facebook for updates. I really can’t stress how much you need to check these guys out if you’re a fan of heavy music. 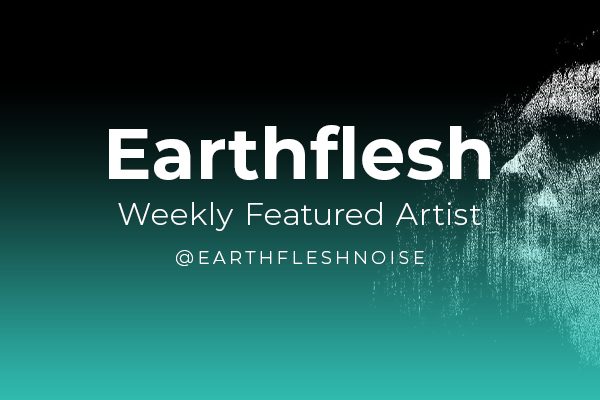