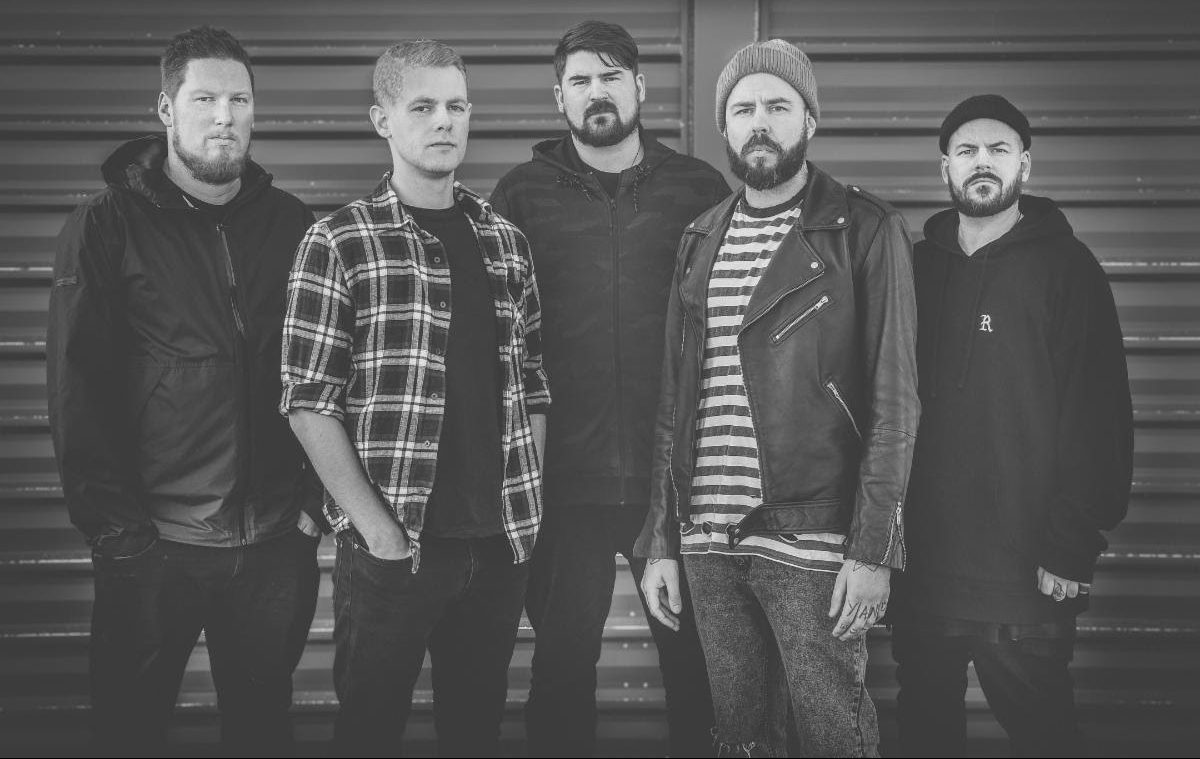 Blindfolded and Led to the Woods – “Nightmare Withdrawals”

As terrifying and chaotic as the name suggests, Nightmare Withdrawals will leave you in a cold sweat, wondering how it ended up like this.

When I was in my mid-teens, my hometown’s metal scene was pretty sick, and most gigs were easy to sneak into even if you were underage. Thanks to that, I was able to see Blindfolded And Led To The Woods in 2014, at this club in a pretty weird part of town. It was actually a cool space, with wooden floors and low ceilings, but the layout was strange, so only a few people could actually see the band at any given time. Maybe that’s why I don’t really remember anything about the show other than that I went to it – between hoping I wouldn’t get kicked out and trying to steal a spot where I could actually see whilst not getting trampled by hairy 20-something scene guys, I probably didn’t get much of an opportunity to enjoy the music. I’ve never really sought out anything Blindfolded have done since, but hey, they’re from a city not far from my hometown, and I love highlighting local music. Plus, I’m friends with some people who really rate them and have been sharing Blindfolded-related stuff on Facebook for the past few weeks, so I figured better late than never.

Nightmare Withdrawals is a great name for an album. As soon as I saw it for the first time, I got the classic ‘damn, I wish I’d thought of that!’. I also really like the album art – there’s something disturbingly simple about it. Upon hearing the album, I can confirm both its title and its cover art are very reflective of the music contained within; dark, heavy, somewhat desperate. Even just the first few bars of the album opener “The Inevitable Fate of the Universe” are enough to set up an atmosphere of chaos and despair – blast beats straight out the gate, whinnying, dissonant guitars, and unexpected changes all around. It’s like being on a ship that’s not only rocking side to side and up and down, but also spinning, and under attack by pirates with nailguns. Each hit of the snare feels like a hit to the head, every whammy-bar ornamented guitar note nauseating, seasick. A lot of the riffs in “The Inevitable Fate” are Gorguts-style assaults on my sanity. In the first minute, these are only a few brief moments where anything close to what could be considered pleasant occurs – but thanks to the chaos surrounding them, these moments are even sweeter.

Starting off very much in the same vein as “The Inevitable Fate”, its successor “Black Air” soon proves it’s nothing like the opening track. This three-minute onslaught is a total treat. I adore everything – the initial shock of it, its strange use of whammy on harmonics, its crushingly heavy ending. Its second half is a lot slower, giving everything more room to breathe and therefore choke the listener in smothering darkness. It’s very aptly named, and remains one of my favourite songs on the album.

However, it’s the end of Nightmare Withdrawals that really gets me. There’s some great stuff in the middle, but its two last tracks are hands-down the highlights for me. “Rorschach and Delirium” is surprisingly groovy for a song so malicious. It’s nothing new in terms of style or structure, but something about these particular riffs has me gritting my teeth in delight. The use of blast beats in this particular song is very much to my liking – they’re still used prominently, but their cessation frequently makes way for a badass half-time, which makes both techniques so much more powerful. “Rorschach and Delirium” has my favourite bridge section in it, big, open, spicy chords that lead to chugs, originating from and returning to a hazy clean section. Certain chords in here remind me of the weirder parts of Baroness, and its ending solo certainly feels that way, too. It’s like Blindfolded turned from a brutal death metal band into a drugged-out beachy jazz outfit for a minute. I wasn’t sure I liked that initially, but the more I hear it, the less I can imagine the song going any other way.

I have one gripe with “Sic Mundus Creatus Est”, the epic closing track to Nightmare Withdrawals, and that is its intro. It’s a drum intro, which I don’t inherently have a problem with, but it highlights something I’d been managing to ignore for the entire album – the drums have had the absolute living daylights processed out of them. I know this is a stylistic thing as much as anything, and for most of the album it works, especially in the more frantic sections, but when the drum sound is exposed like this, it feels too clinical, and I just really, really don’t like it.

But enough of that. Beyond the intro, “Sic Mundus Creatus Est” is an absolute ripper of a track. My favourite, in my opinion the most well-constructed song on the album, there are so many things to love about it, from the huge-sounding initial riff, through a lovely clean section, an almost mathy stab section, to a surprisingly harmonious end, it’s six minutes that are so good they feel timeless. All the tones are perfect – I especially love the gnarly-as-fuck bass tone. The vocals sit in that sweet spot where they can get both power and grit, the guitars are distorted, but clear enough for every chord to shine through. I can’t describe how happy it makes me that this song is on this album. I love it more every time I listen to it, even if the drum intro still gets me each time. What a banging way to end an album.

There are days when Nightmare Withdrawals leaves me completely cold, and I feel neither joy nor dislike for it, with its big production and assaulting riffs. And yet, even on those days, I always find something to like about it that I hadn’t noticed before. Nightmare Withdrawals is a very dense, complex album with lots of spikes and edges, which, depending on your tastes, can be a good thing or not. I’m still not sure I understand all of it, but maybe that’s okay – the bits that I do understand, I enjoy. It’s not an album you can just listen to once and get the gist of; give it time, give it attention, and let it become your beautiful nightmare.