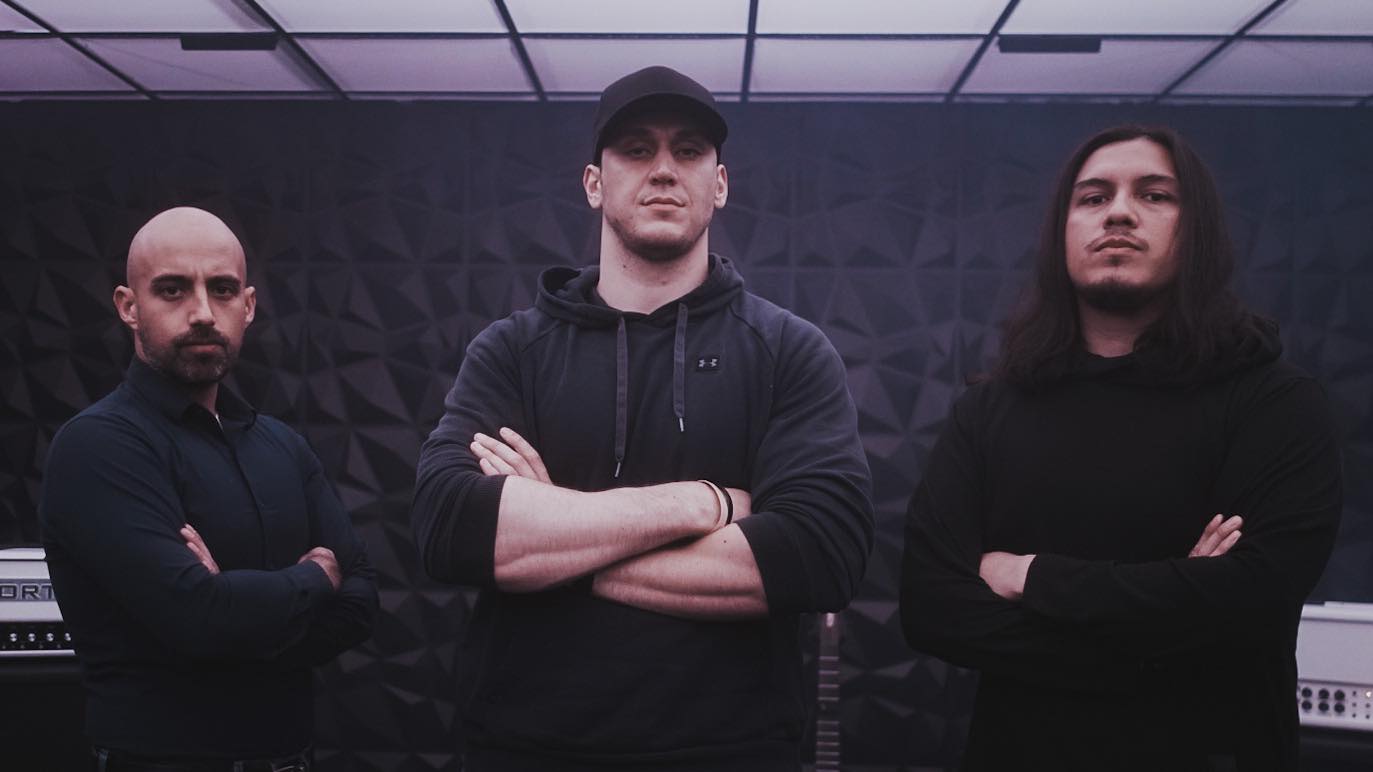 By Landon TurlockOctober 4, 2021 No Comments

Mordant Rapture has been releasing music since 2018’s EP, The Abnegation, out on The Artisan Era record label. As you’ll read from my review back then, I was immediately intrigued by the young band’s surprisingly mature grip of symphonic, technical, and blackened death metal. Now, a few years later, they just dropped the ten-minute “Irreverent Opus” and are preparing for their debut full-length release. As such, it seemed like a fitting time to cover the act as our Weekly Featured Artist, and learn a bit more about the Californian technical death metal unit through their guitarist and primary composer, Ben Wilkinson.

But before we get ahead of ourselves, let’s go back to the start of the band. Ben tells us that it all came together, ‘… by dumb luck really. I was desperate to start some kind of project and turned to the darkest corner of the internet to meet other musicians, Craigslist. For reference, this was roughly around 2010-2011 I believe, may have even been earlier.’ From the practice space that hosted the band, Ben met some other musicians who were interested in black metal and grindcore, setting the foundation for what would become Mordant Rapture.

While black metal and grindcore were roots of the band, Mordant Rapture now consider themselves a symphonic, technical death metal group. To my ears, they have one of the more cohesive approaches to blending the beauty of brass and bowed instruments with the brutality of blast beats and blistering riffs. To achieve this, Ben tells us: ‘The orchestral elements are always written into the section or the riff and never put in as an afterthought. If the guitars are doing A, the strings can bring out the melody or progression by doing B and so on. The guitars and orchestral arrangements are always written in tandem…’

While the roots of the band go back nearly a decade, what became Mordant Rapture only released their debut EP three years ago. The concept EP came out with label support, an impressive feat for a band’s first release. Ben tells us what it’s like to work with The Artisan Era and their labelmates:

‘We were fortunate enough to be able to do a small tour with our friends in The Odious Construct a few years ago. They were really awesome to be around and kind of took us under their wing as it was our first tour. I’ve also run into a few other members from bands like Flub on the label and always enjoy talking shop with them. I can’t stress enough how helpful The Artisan Era has been with us. Malcolm and Mike [editor’s note: Malcolm Pugh and Mike Low of Inferi, co-founders of The Artisan Era] are so willing to teach and give helpful information on all things involving music. From social media help to compositional songwriting tips, they’re just a wealth of knowledge. They are just absolutely the best in all respects. We love the idea of getting some of our labelmates featured on our full-length when the time comes.’

But much has changed since The Abnegation, including parts of the writing process:

‘I would say that during The Abnegation there were more times where we wrote sections without a guitar in hand and learned them later. That still happens, but I find myself doing that much less. The biggest change is how we approach orchestral writing. During The Abnegation, that aspect was still so new to us and we barely had a grasp on it… I still feel like we’re very young in that department, but the understanding of arranging symphonic elements is much much stronger than it used to be.’

This developing handle on orchestration is especially evident on Mordant Rapture’s most recent release, the standalone, ten-minute epic that is “Irreverent Opus”. To create such a lengthy song is no easy achievement, and it’s particularly notable in a genre as fast, complex, and multi-faceted as symphonic, technical death metal:

‘”Irreverent Opus” was incredibly difficult to get together. I began writing it just after our EP release. The first two minutes came together really quickly and then I hit a wall and the song was shelved for a while. I was obsessed with doing a ten-minute song… there were at least eight versions of the song at one point. I was, and still am, extremely obsessed with the Dark Souls and Bloodborne soundtracks, amongst some other notable video game OSTs like NieR:Automata. I wanted to do a tech death song in the vein of the boss fight music from those games… I also wanted to take what the EP was orchestrally and push it as far as I could. There was so much trial and error involved but I’ve learned so much from the experience.’

With an EP and an epic under their belts, Mordant Rapture have been teasing the release of their debut full-length, which will carry in the conceptual footsteps of their previous outings. However, much will be different as well: ‘I’d say, so far, it’s much more refined. One of the big focuses for the album is trying to make each song emotive in some way. Conveying emotion with music is a top priority with the album and hopefully it translates well to listeners. Also, we’re trying to not lose sight of being metal either, so the heavy will be there as well.’

We know that a new album is on the way, but what are Mordant Rapture‘s goals moving forward?

‘Seeing as how crazy everything has been globally for the past two years, it makes setting goals a little difficult. The one goal that’s always been there is that we just want to get to the most amount of ears as we can and that hopefully, in some way, improve someone’s day-to-day experience. We all have those bands that we use to make car rides easier or to escape for a little while from the grind of day-to-day living, and we hope to be that for someone.’