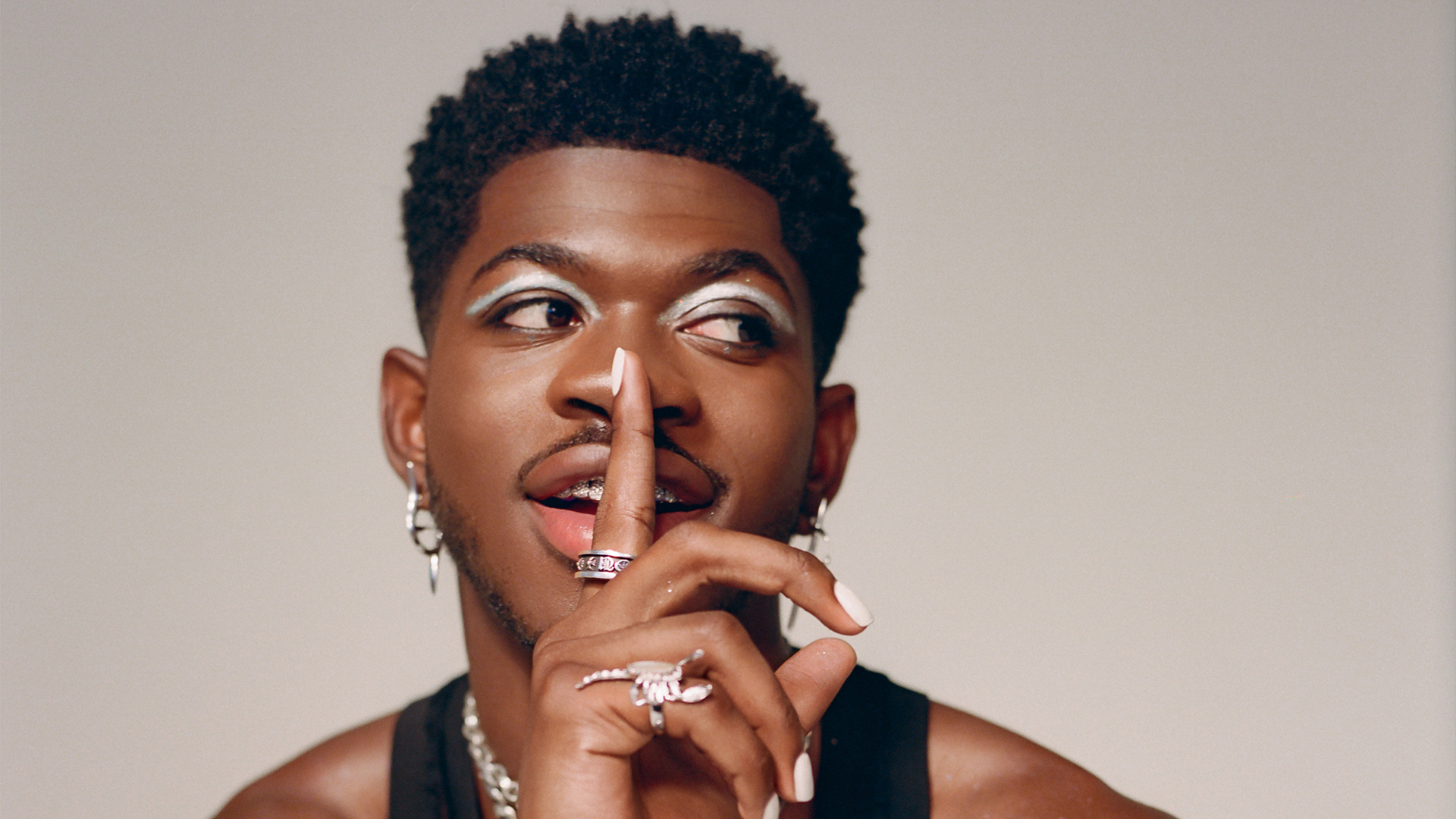 Lil Nas X does what he does best as America’s newest zeitgeist, and it’s simply entertaining as hell.

Ahh, the Great American Culture Wars. There’s so much I can say about the back and forth, ebb and flow of whatever the fuck this country is currently going through, but in all honesty, we’ve always been this way: a constant struggle of militant reservation versus debaucherous and honest self-expression. If you’re not sure where this is going, let me just content warning the fuck out of it right now: if you think Lil Nas X is invalid for any reason, find yourself questioning Black folks’ fight for justice/visibility/expressive freedom, or have any issue with the LGBTQ+ community, please do yourself a favor and scroll the fuck on.

Now that we got that out of the way, let’s talk about this absolute gem of an artist that has claimed the throne as king of said culture wars. Nas couldn’t have come at a better time. While the struggle to further progress civil ideals and the employment of utilizing music has been reenergized in a socially conscious way for better (Noname, Power Trip, Run The Jewels, Chika) and worse (the one we don’t name, and a multitude of ‘country’ rappers making god-awful music to spew their POV as if it’s not the same as the white-dude-with-a-backwards-hat-telling-society-what’s-wrong-from-their-pickup truck), he was able to capture the attention of the country folks, the support of the metalheads, divide the hip hop purists, and snag the pop stratosphere with a firm grip, all the while elevating Jack Harlow beyond corn dog status. I can’t really think of any other artist that has been able to move like that in recent times, and that’s especially true for a proud Black and Queer artist (Big Freedia and Mykki Blanco STAY severely underrated). It’s amazingly refreshing.

MONTERO is a boastful, carefully crafted, hits-only victory lap, beautiful spectacle, and defining statement of a trajectory that is not going to slow down anytime soon. Mixing rap and pop has been a tightrope for folks to walk. Black Eyed Peas and LMFAO never sounded gritty enough to be seriously considered hip hop, and Kendrick Lamar sounds so out of place on “Bad Blood” it operated as more of a mash-up than a solid track. Nas has perfected the formula seamlessly, however, and the title track is all the proof you need. “MONTERO” sounds as breezy as a summer hit can, is easy listening if you want it to be, but also provides a personal internal narrative. Nas’ motions through self-acceptance and desire while proclaiming he wants that ‘jet lag from fuckin’ and flyin’‘ and fuck the ones he envies adds a gritty earnestness pop music has long been devoid of, but it also never loses the glossy sheen it needs to be a pop song. It’s lighting in a bottle, and I cackle at the prospect of a future where all the kids can yell back every word of it when they’re settled down in their 50s. Turbo bonus points for our boy pole dancing down to hell to give Satan a lap dance for the culture.

The other megahit on this album, “Industry Baby”, with its gloriously proudly Gay music video, shows Nas’ ability to rap. When I first heard it, I was taken aback by the more hip hop leaning flexing and solid gold horn sample. Everytime I hear it I’m cranking that shit up, and we’re going to lose our shit together. No other option is acceptable. I also have to point out again the impressive support Jack Harlow provides. He elevates himself from the standard current flavor of the month to one with more prowess. Maybe he’s just young and still getting his bearings about him, but if he keeps this up I may have to do a double take much like I did way too late with Mac Miller (Rest In Power).

“THATS WHAT I WANT” goes the complete opposite way. Nas is singing, belting even, proclaiming someone to love him. It’s so sugary, but serves as a decent juxtaposition; needless to say, it’s on its way to being the next megahit from this album.

Further expounding on proud Black Queer rappers, I can’t help but mention the absolutely amazing mixtape as a concept album Tyler, The Creator dropped on us earlier this year: CALL ME IF YOU GET LOST. Black Queer men are having a good 2021, and I hope it stays that way (I also absolutely have to shout out Young M.A. – her run has been spectacular, and I hope to see her take the bigger stage she deserves). Oddly enough, Tyler seems to get more of a pass in some regards than Nas does. I’ve never seen one artist be as divisive as Nas has been. One of my other roles is moderating a Run The Jewels fan group on Facebook, and for a while, every time Lil Nas X came up, my banhammer was clappin’ hard. Everyone thought they were preserving the sanctity of hip hop by gatekeeping the fuck out of his presence. It was odd to watch all these thirty-something hip hop tourists kneejerk reacting against such a loud and proud Black and Queer artist that exudes so much joy, and whose mere existence is affirmation that all those quiet Queer kids out there can live outloud and be okay with that. The misunderstanding still escapes me.

It’s also worth mentioning the influence of TikTok is in our current society, and understanding how younger artists are crafting sounds that can be viral on the platform. It’s something I didn’t feel like I had a grasp on but now understand, and I find it a novel endeavor. With that being said, all of these songs are both radio ready and have TikTok virality appeal; I can probably count the days until my entire TikTok rabbit hole is soundtracked by all Lil Nas X songs. This proves the constant strategic moves Nas has been making from the beginning. He’s been ubiquitous ever since “Old Town Road”, and he rode that momentum into a full length release two years later. Marketing and PR folks take note. He has, and has had the winning strategy.

I also have to point out the awesome Atlanta Easter egg in “DEAD RIGHT NOW”. ‘Momma told me she wasn’t gonna fuckin round with that n****/Told me she was clean, but I’m knowin’ that her ass is a deceiver‘ borrows the cadence from Ca$h Out’s banger “Cashin’ Out” (which rings in my head forever). It’s a beautiful moment of the melding of hip hop, pop, and personal narrative that blesses the entire album. I was also equally giddy over the Waka Flocka Flame “O Let’s Do It” reference in “Industry Baby” (TRAP IS LIFE). Nas puts on for his city, and ATL stays winning. It’s a cool as fuck flex and reference while subverting regionality for larger global stakes.

I find myself wanting to move past the slower songs to get to the louder, more slappy glitz that is the rest of the album, but that’s merely a personal preference. With the more ballad-driven tracks, Nas is able to showcase his singing skills, as well as play the role of crooner, which he pulls off – entertainingly so. They work as much as the more rap-driven tracks do, and balance out the album as a pop declaration versus just a pop rap release.

Album finisher “AM I DREAMING” ends on a tender note with support from Miley Cyrus, which made me do a double take on first listen. The same way Nas elevates Jack and the problematic Doja Cat, he does again with Miley. Her vocals sound nice, and I didn’t even realize she could sound like that. Maybe it’s autotuned, maybe not; either way it’s a tender and decent performance that checks the box. I still wish MONTERO ended with “DONT WANT IT”, but given my penchant for bangers, I can’t really argue for the quiet exit.

The spectacle of it all is the most important staple in what Nas does. His glorious promotional rollout, as well as his capability of clapping back tenfold no matter what and to court the right kind of controversy for the ultimate greater good is an ushering in of a Queer icon claiming a throne that has been held by various folks in the (mostly always white) heteronormative world. He is the neo-roaring ’20s pop icon we need and don’t deserve. He stays entertaining whatever lane he’s in, and I’ll gladly stay a fan until the entirety of his run is complete (hopefully never), only to go back and write a compendium of his antics before I leave this mortal coil.

Before wrapping all of this up, I absolutely have to shout out Khadija Mbowe‘s video on Lil Nas X, aptly titled “Who’s Afraid of Lil Nas X?“. The grace, depth, insight, and perspective they provide illuminates all the nuance, history, and context needed to understand the importance of the rise of Montero Lamar Hill. I viewed it after I wrote this up, and it had me clamoring to rewrite the entire thing to add key points they brought up. If anything, I hope that if they ever come across this review, it secures some semblance of a seal of approval, because their insight is second to none.

My main hope for this album is the inspiration and emboldened sense of self-acceptance all Black, Queer, and Black Queer folks feel from this release. It’s a big feat to present a piece of pop music that fires on all cylinders and never recycles old feelings or sounds while paving the way for something new and honest. My other hopes (in no particular order): Boosie Badazz implodes into a mess of glitter and dildos, white Conservative Christians die mad, and Lil Nas X brings his breasts back. Nas is our new king, and we must protect our boy at all costs.