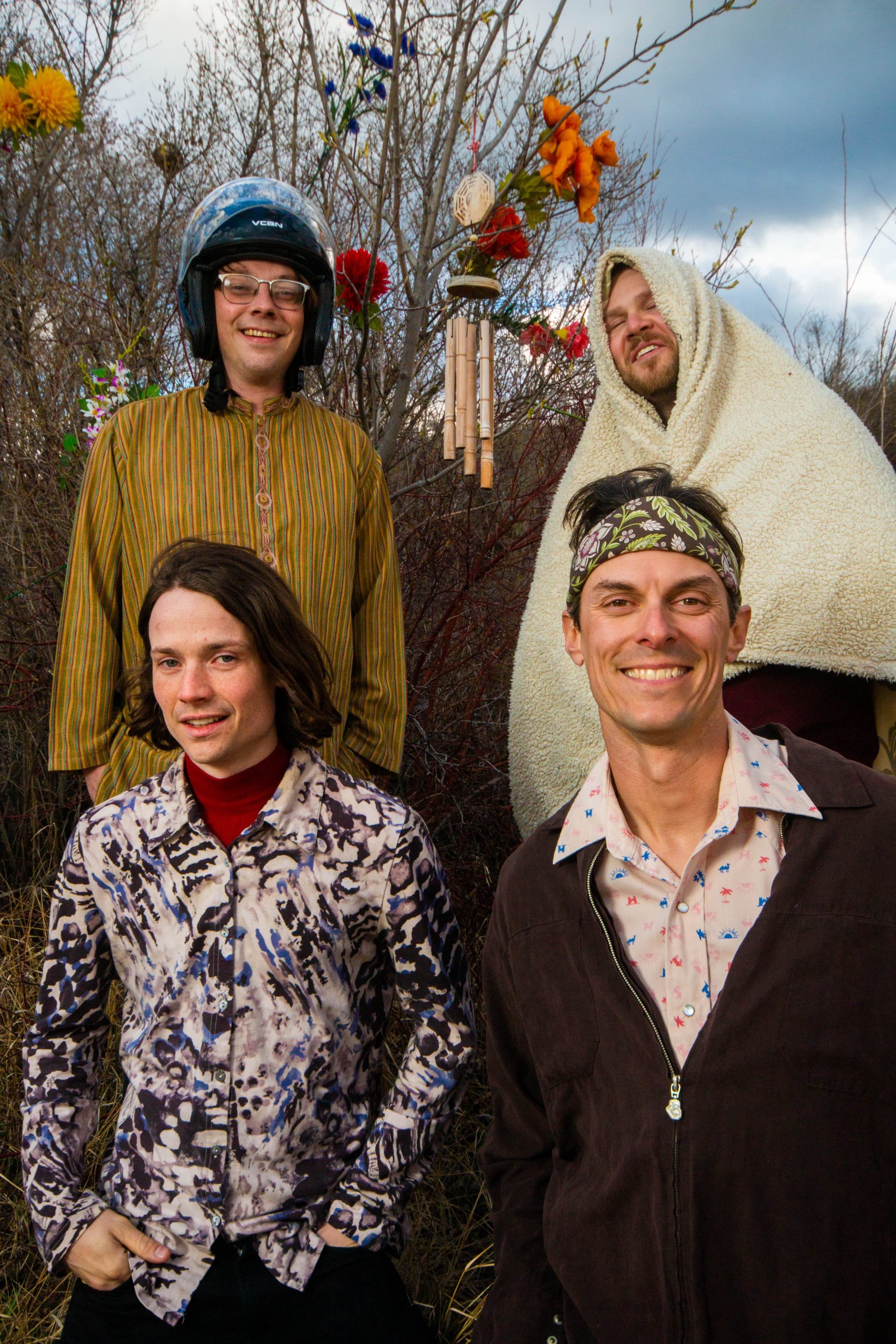 Lord Byrun is an up-and-coming band from Regina, Saskatchewan. Led by Byrun Boutin-Maloney (B. B. M.), a former member of the band Indigo Joseph, they have a very diverse sound. Having started to make appearances in 2018, the band is relatively new to the Canadian music scene. They released their debut album Spirit Animals, a bilingual and multi-genre nine-track collection, on May 8, 2020.

The group was born within the past couple of years after B. B. M. asked his friend Niel Kirby to try an acoustic jam: ‘He has a stand-up bass, so I was picturing a two piece originally. Then, Neil invited Keiran Semple to jam with us, and at first, he played drums. Then I asked my friend Eric Tessier from my old band Indigo Joseph if he wanted to play drums so that Keiran could jump on lead guitar. That is how the core of the band began.‘ In addition to being the lead guitarist, Semple is also a sound engineer and did the mixing and mastering for their recent album. The four members are the core of the group, but they occasionally collaborate with other local musicians to add horn and woodwind parts to their sound. Each member being an experienced and talented musician, Lord Byrun is contributing greatly to the fascinating, tight-knit Saskatchewan music scene.

Lord Byrun’s sound is always changing yet very distinct. They are not afraid to experiment with different styles and genres. Including harmonicas, cowbells, and two languages in their music and performances, they follow no rules when it comes to creating. Reflecting on this, B. B. M. said that ‘one of my personal mottos is to always switch up the sound. So, I’m always looking for new genres to explore. But in general, we stick to rock, funk, indie, dance, folk, and punk.’ Lord Byrun’s unique style is very catchy and sounds like spoken word over fun guitar riffs. Each song has lyrics like none other, which can be anticipated given the song titles – after all, there are tracks titled “T.A.C.O.” and “Wolfman + Love is the Answer” included on Spirit Animals. The band definitely work to break barriers when they create, and always demonstrate their fun energy on stage during live performances.

Since starting up, the band have gotten lots of attention playing at various Canadian festivals such as Ness Creek Music Festival and Festival du Voyageur. In addition to these, they also travelled to play in France in 2019. Discussing festivals, B. B. M. mentioned his favourite, the Ness Creek Music Festival. ‘I’ve performed at Ness Creek 4 or 5 times over the years with different bands and it has to be my favourite festival for ambiance and vibe. The people are so nice and special there. It’s as if all the cool people from western Canada gather there every year.’ The band played the festival’s main stage in 2019, as well as the Francophone stage during the day.

In 2018, B. B. M. won a francophone competition in Quebec, Canada while still being a solo act under the name Lord Byrun. The win gave the name lots of leverage and was a great start for what would become the current band. He is the first and thus far only winner from the province of Saskatchewan and is proud to hold that title. When asked about the music community and what it means to be an artist building a career in the small province, he stated that ‘I think we’re obviously more isolated in Saskatchewan, so I think artists just have to work harder. So it makes them so resilient. I’ve definitely been inspired by the caliber of talent coming out of this place.’ It is interesting hearing the Saskatchewan influence in their music; whether that be hints of B. B. M. and Tessier’s previous band Indigo Joseph or subtle local references in the lyrics, the band has a Saskatchewan feel to it and is a favourite local band because of this.

Lord Byrun create material in both English and French, which is showcased in their album and live performances. Adding to their interesting sound, the bilingual aspect gives the band another level of fresh intrigue. Curious about the creative process for each language, I asked B. B. M. if he preferred writing in one language over the other. He replied by saying: ‘The whole French/English thing is funny to me. I just write what I write. I’m definitely stronger in English, but French is fun because all these new rhymes exist.’ Being a francophone band has given them the opportunity to play at various French music festivals. Lord Byrun is a blessing to both communities, and they lift up the francophone music scene within Saskatchewan.

There is a music video, as well as the release of a French companion album to Spirit Animals in the near future for the band. B. B. M. has said that the album – scheduled for release on October 31- is designed for French audiences and will include eight new songs in addition to six from Spirit Animals. Meanwhile, the music video being released on June 8, is for the song “Polished Concrete”, and it is full of unique drawings in the same style of the album’s cover art.

Lord Byrun is an exciting and charismatic band made up of incredibly talented musicians. While appealing to a large audience, they carve their own niche. Surfing over top of the ever-changing instrumental parts are captivating lyrics that flow effortlessly. After hearing their debut single “T.A.C.O.”, you will surely find yourself singing along. This extremely likeable band is unforgettable and adds a lot of character to every performance. There is no doubt that they will have many opportunities ahead of them.

Lord Byrun can be found on Facebook, Instagram, and Bandcamp, as well as on all major streaming platforms .