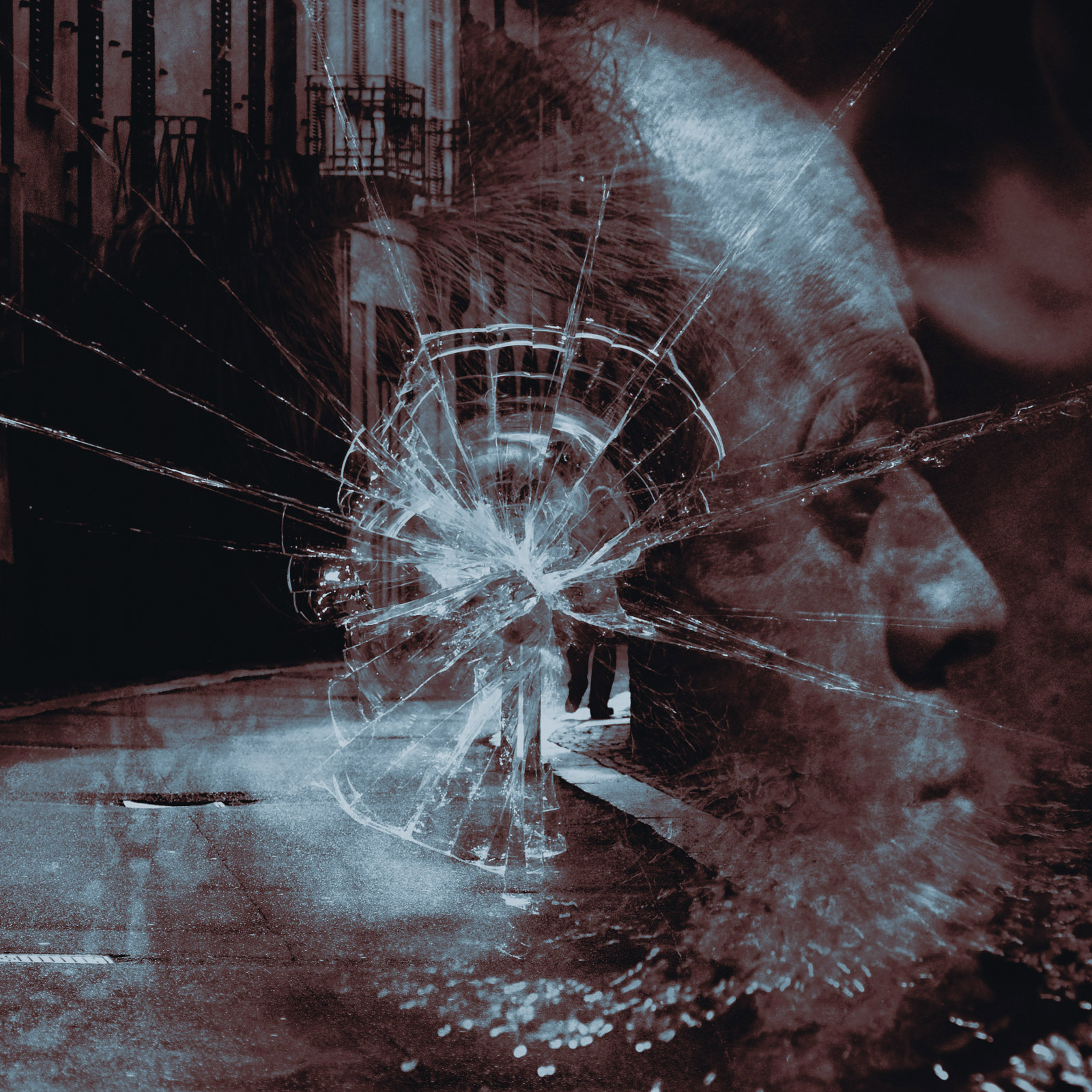 Leave reality behind and step into the mysterious depths of Asofy’s new album Amusia, an uncomfortable and fascinating offering.

Asofy is the doom-laden solo project of Milan-based multi-instrumentalist Tryfar. Amusia marks Asofy‘s sixth release since their inception in 2000, a twisted, unnerving world of beautiful guitar layers, melodic bass playing, and breathy vocals, the combination of which becomes something otherworldly and often grotesque. Bathed in gloomy reverbs and sparkling delays, Amusia has an atmosphere of futility and impending existential crisis.

I find this album hard to write about from a musical point of view, as the music seems so secondary to the mood and emotion it’s trying to convey. When I listen to Amusia, it’s all-consuming – the world around me becomes flat and distant. I caught myself, more than once on my initial listen, gazing blankly out of the window at the ashen clouds smeared across the sky, trees bowing to the wind in submission, and dead leaves scuttling along the sidewalk, like husks of tiny animals – looking at it all, but not seeing any of it. Finishing this album is like waking up from a bad dream, with no memory of what happened in it, only a lingering feeling of unease.

Amusia is an abandoned building filled with glimmers of times past, lingering impressions of pain and fear. Sometimes, it feels like a catacomb, a tomb I was born into and will die in, smothered by chokingly compressed guitars, dark reverb, and wheezing vocals; at other times, like on the dreary “Palinodia”, it becomes an abandoned train station, all the wagons deserted, only cold moonlight bouncing off their empty shells.

Amusia‘s title track feels more like running through a hospital at night, bleeding out, the air thick with ghosts in the light of the fluorescent tubes on the ceiling. I scream out, but no one is there, or perhaps they can’t hear me, or are choosing to turn away. The only voices I hear are those of the spirits of the departed, seeping out from under the morgue door. Perhaps I have already ceased to exist in this reality. The thought makes me feel queasy to the pit of my stomach. It’s accompanied by an uncanny sense of having been here before, in another life, or in a dream.

The louder I listen to Amusia, the more it threatens to swallow me and spit me out, a shadow of my former self. It is a deeply disturbing album; at points, I felt my heart physically struggling to convince me that I was still alive and real. It whittles away at my sanity, the breathy vocals seeming like voices at the edge of my mind, the countless layers of glassy guitars intertwining to create a crooked cage. Even when Asofy turn to black metal, creating some of the (surprisingly) more comfortable sections on the album, these are only a slight relief. What makes these sections so unbearable is that, even here, Tryfar doesn’t scream, merely wheezes like a dying man.

I like music that forces me to shut up and listen to it. So often, when I’m hearing a song or an album for the first time, I have a constant narrative in my head, judging, evaluating, putting feelings into words. I crave music that drowns out this voice. In Amusia, I found something even more powerful – it didn’t just silence the appraising voice in my head, it made me want to never talk again, as if it had stolen my tongue. Even writing about it feels like I’m missing the point. Amusia inspired a different conversation in my mind, not about chords, or tones, or melodies, or production; about life, my own existence, the existence of everyone else around me. I don’t feel it has a place in this review, but I’m sure you will experience something similar, should you choose to let Amusia consume you in the way it did me.