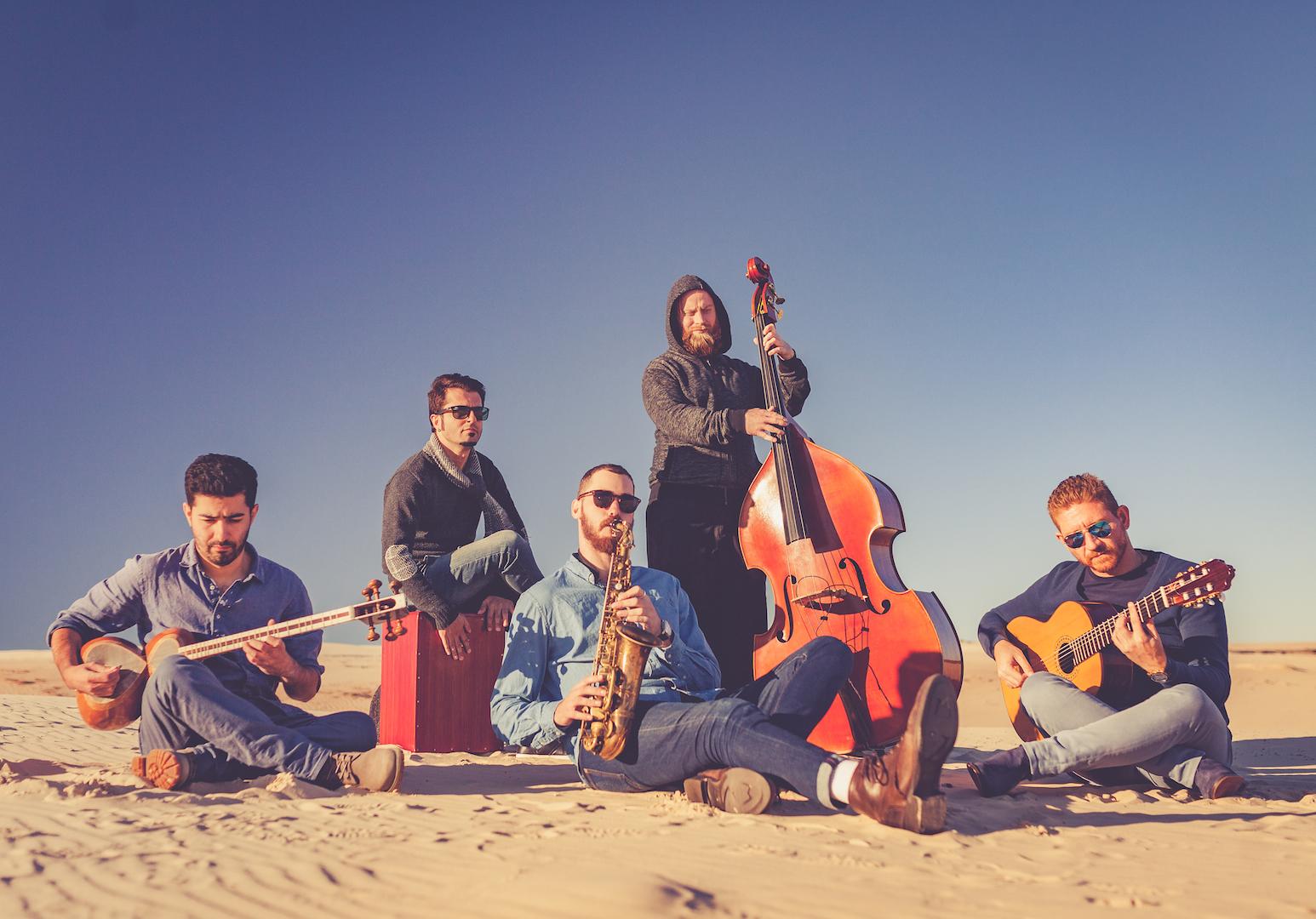 By Robert MiklosJune 7, 2020 No Comments

Sadly we haven’t yet discovered time travel, but in the meantime, there are things like Afternoon Tea At Six which can take us back to an age long gone.

Hailing all the way from Sydney, Australia, Eishan Ensemble spring fresh life into old music and blend it neatly with a contemporary touch. Eishan Ensemble is led by Hamed Sadeghi, a tar virtuoso. To voice his compositions he is assisted by Pedram Layegh on guitar, Michael Avgenicos on saxophone, Adnan Barake on oud, Adem Yilmaz on percussion, Elsen Price on double bass and last but definitely not least, Sonya Holowell on vocals. Eishan Ensemble is a relatively young musical outfit, having emerged onto the musical scene with their debut album Nim Dong just two years ago. Don’t let this mislead you as all the musicians present are seasoned veterans on their respective instruments.

As outlined on the band’s debut, we’re hearing, in broad terms, a unique approach to world music that fuses with jazz. Afternoon Tea At Six advances the things that we were acquainted with in a breathtaking manner, or succinctly underlined in Hamed Sadeghi’s words about the record:

“The record tells seven stories, we drank a cup of Persian black tea before every rehearsal and tried to narrate the stories with a different texture. The idea of writing this album was to create a strong foundation where guest musicians can join and easily blend in. After forming Eishan Ensemble and playing with them for a few years, I discovered the great potential in this band and started writing music based on every musician’s character. Persian classical and western contemporary harmony is used to build melodies and phrases. We all have our sections where we improvise while everyone else is all ears listening in the background.”

It is very refreshing and truly inspiring how well the Middle Eastern tones of the music intertwine with jazz foundations and Western influences. It is such an organic display of songwriting and overall musicianship, that there is no way to aptly put such a scene into words. It’s indeed an authentic style of delivery and moreover, the music has a quality that makes it feel like it’s breathing and has a life of its own. I’d like to briefly return to my opening remark about time travel while we’re here. The journey we embark on with these sounds is one that delves deep into the mythos of times, places, and people that no longer exist. It’s remarkable to encounter such an immersive experience, which manages to stay true to its roots while flirting so smoothly with the modern components it so seamlessly integrates.

The musicianship is simply sterling and so is the quality of recording that is complemented by the present production. I honestly wouldn’t have had it any other way, I mean I had a gut feeling from the very first song that this will be one of those albums that aren’t merely a collection of sounds, but an experience above all else. What’s more, there’s a strong emotive charge at play alongside the vivid textures. I can’t really ascribe the impact to anything I’ve experienced, but I think it’s kind of like dreaming something and then having that happen in real life down to the most minute detail. Kind of like a sign from the universe that things ultimately make sense – if that comparison makes any sense. Point in case, I felt this thing on “Signs” and “Afternoon Tea At Six”.

Eishan Ensemble is yet another example of the impressive roster at Art As Catharsis, and it is a shame that they are so criminally underrated. Afternoon Tea At Six is a highly compelling work and it is frothing at its seams with all kinds of beauty. It glints with a timeless and charming shimmer that is unlike anything I’ve witnessed before. Surely you must be thinking this is very high praise, well don’t take my word for it, go spin the album and convince yourself that I’m actually selling it short of what it is.