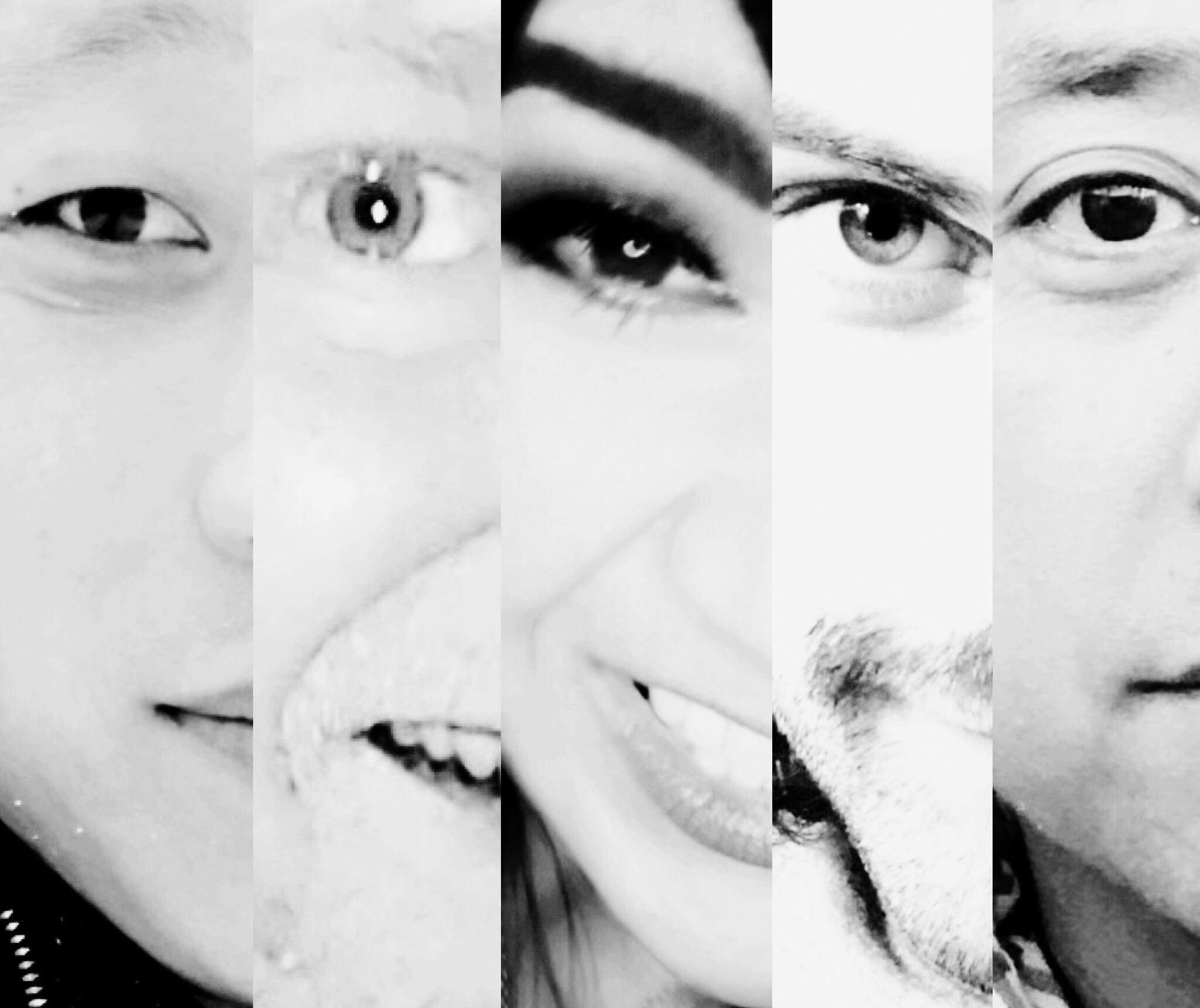 Listen to the record at least a dozen times. Run through the back catalog twice, thrice, or more. Further contextualize the sound by listening to the artist’s influences. While there is no one standard approach music writers take, by the time we are putting pen to paper, it’s safe to say that our first impressions of a new project are far out of sight of the rear-view mirror. Show a friend a song for the first time and ask them what their thoughts are, and you’re likely to hear about how the track made them feel. On the thirteenth go-around, your friend might discuss how the dynamic interplay between the reverb-drenched synths and chunky rhythm guitar engenders a fertile space for the vocalist’s tender wails to roam free (obnoxious friend you’ve got there).

My point is, it’s rare that I’m able to take a step back and forget about these minutiae when I’ve been shoulder-deep inside of an artist’s discography for a couple of weeks. Since we premiered their album stream, I’ve spent the better part of a month grappling with Echodrone’s March 2021 release, Resurgence, but, for once, I just can’t get over how the damn thing makes me feel.

When “A Ghost And A Walkman” breaks free from its patient, hopeful buildup three minutes in, I feel like a comet soaring through an indigo night sky. “Grain Of Salt”, and its stretches of eerie, complexly harmonized vocals punctuated by moments of foregrounded, heavily distorted guitar, reminds me of the odd moments of abject terror I experienced amidst the uncertain monotony of quarantine. And yeah, the base of my spine still tingles when I hear the opening riff on “Midnight Frost”.

Naturally, I had to get in touch with Echodrone to understand their musical ethos and see if I could get a better feel for how they make such affecting music. To brief the uninitiated, genre tags do their sound scant justice, but the group have operated at the nexus of dream pop, shoegaze, indie rock, and post-rock since their inception in San Francisco back in 2007. The band has scattered across the United States, collaborating remotely, since 2012, and have received much deserved recognition for their ability to craft a cohesive sound given their distanced arrangement.

Echodrone crafted a tight, unified package on Resurgence, and the unknowing listener could easily imagine that the group have played in close physical proximity to one another for years. The band members’ rapport is apparent from the opening track, where reverb-laden guitars jangle over deeply buried synth bass and alongside richly layered vocal harmonies. Synths/electronics mastermind Mike Funk attributes this cohesion to the group’s experience with distance recording, along with the significant contributions of engineer/producer Colin Christian:

‘Honestly, the recording process has been pretty much the same for the last four albums — Eugene comes up with fully formed sketches and each of us adds to them. Colin Christian, our engineer since the album Five, painstakingly mixes everything together… He’s worked with us for years, and four albums on, he knows what to expect when we send him our parts and has dialed in that Echodrone mixing process.’

The group’s chemistry extends beyond production wizardry. Echodrone were quite unified in describing the album’s songwriting process as motivated by feelings and emotions, as opposed to cerebral concepts. Longtime bassist and co-founder, Brandon Dudley, identified a concerted effort to create music ‘from the heart’, and returning vocalist Jackie Kasbohm notes that Resurgence ‘reached highs and lows in different shades of colors and moods vs. seasons’. Multi-instrumentalist and co-founder Eugene Suh summed it all up similarly:

‘Prior to the creation of Resurgence, I had felt pretty strongly that the concept of the next Echodrone album was paramount to the feelings/emotions behind the next Echodrone album. This left me stuck — I couldn’t figure out an intellectual sonic experiment that was both natural and emotionally stimulating. After a long discussion with Brandon, however, he convinced me to pursue a more intuitive approach to Resurgence rather than an intellectual approach. I think we all ended up adopting this intuitive ‘from-the-gut’ approach for Resurgence.’

Fittingly, each member provided substantive commentary on the diverse emotional overtones of the record. Dudley remarked on the ‘lightness of creative spirit that infused the music’, but hopes that listeners get a feel for the deeply personal place from which the songs coalesced. Kasbohm and drummer Andy Heyer provided additional color, noting independently that Resurgence features many moments where upbeat vocal and instrumental tonalities mask darker lyrical themes. Each response here alludes to the depth and complexity of the record’s thematic content vis-à-vis light musical motifs; once again, though, Suh provided me with a lovely summation of the band’s creative mindset (if you want a job writing for EIN, Eugene, you’ve got a man on the inside who will vouch for you!):

‘Going into the creation of Resurgence, I was almost certain it would end up being an overbearingly depressing album. I was a bit shocked to hear a bit of uplifting hope in the music after we finished mixing the album with Colin. But it makes sense…looking back on 2020, despite all the political turmoil and global tragedy that had occurred, the strongest memories that have stayed with me are the moments of joy I had spending time with my family. In particular, I really enjoyed getting a chance to spend more time with my child, going to various playgrounds, beaches, creeks, hiking trails, etc. Maybe it’s these moments of happiness that seeped into my contributions to Resurgence.’

Aside from drawing deeply from their respective emotional coffers, the group found inspiration from across a wide variety of musical genres. Their motley crew of influences includes: 80s cultural icons Peter Gabriel, Kate Bush, and Brian Eno; post-punkers A Certain Ratio, Young Marble Giants, and The Durutti Column; indie generalists PinkShinyUltrablast, The Death of Pop, and Kitchens of Distinction; and miscellaneous acts including Presents for Sally, Jim O’Rourke, Swans, and TTNG. Whew…

Similarly, the group spun my head in umpteen different directions when describing their dream collaborators. Once again, there is a distinct affinity for the 70s and 80s, as Funk and Kasbohm admire the work of legendary krautrock engineer Conny Plank and David Bowie/Robert Smith/Alan Wilder, respectively. On the computerized side, Heyer would love to work with Robert Del Naja, and Dudley respects pioneering electronica group Silver Apples — might there be some lavishly layered trip hop beats on the next Echodrone release?

On that note, Echodrone are hitting their stride, having released three albums in the past 3.5 years or so. The group’s extraordinary collective energy is apparent both on the record and throughout this interview process, and my sense is that we won’t have to wait long for their next full release (and, hopefully, for a tour). With that said, I’d love to turn it over to the band for their closing acknowledgments and miscellaneous remarks:

‘My bandmates are the best! I especially want to call out Greg Wilson of DKFM who has supported us unwaveringly for a very long time now and does amazing work for the shoegaze/dream pop family. Finally, a personal shutout to Krissy Vanderwoude of Whimsical/The Churchill Garden, who is the sort of positive presence that I’d like to be when I grow up.‘

‘I want to give a MASSIVE shoutout to Maile Allen who was the genius that put together our fan video for “Midnight Frost”, she is super rad to work with and has some of the most creative and comedic ideas, I hope we get to work with her again. As far as hobbies, besides working out/jogging through the forest – THRIFTING! Ugh I love to get lost in the things that people consider unworthy of keeping, especially crappy cat pictures and art or ‘ugly’ clothes.‘

‘I keep air drumming to Andy’s monster triplet fill on “My Life”, and shoutout to Katella High School (Anaheim, CA) — Jackie graduated from there and so did my wife, Lisa! 🙂‘

‘Shout out to everyone in Echodrone, I love you all. Alex Allinson at The Bridge Sound and Stage for tracking drums. Colin Christian at Wires and Noise for his phenomenal mixing skills. Shawn Hatfield at AudibleOddities for his mastering skills. Maile Allen for the “Midnight Frost” music video. Family, friends and fans.‘