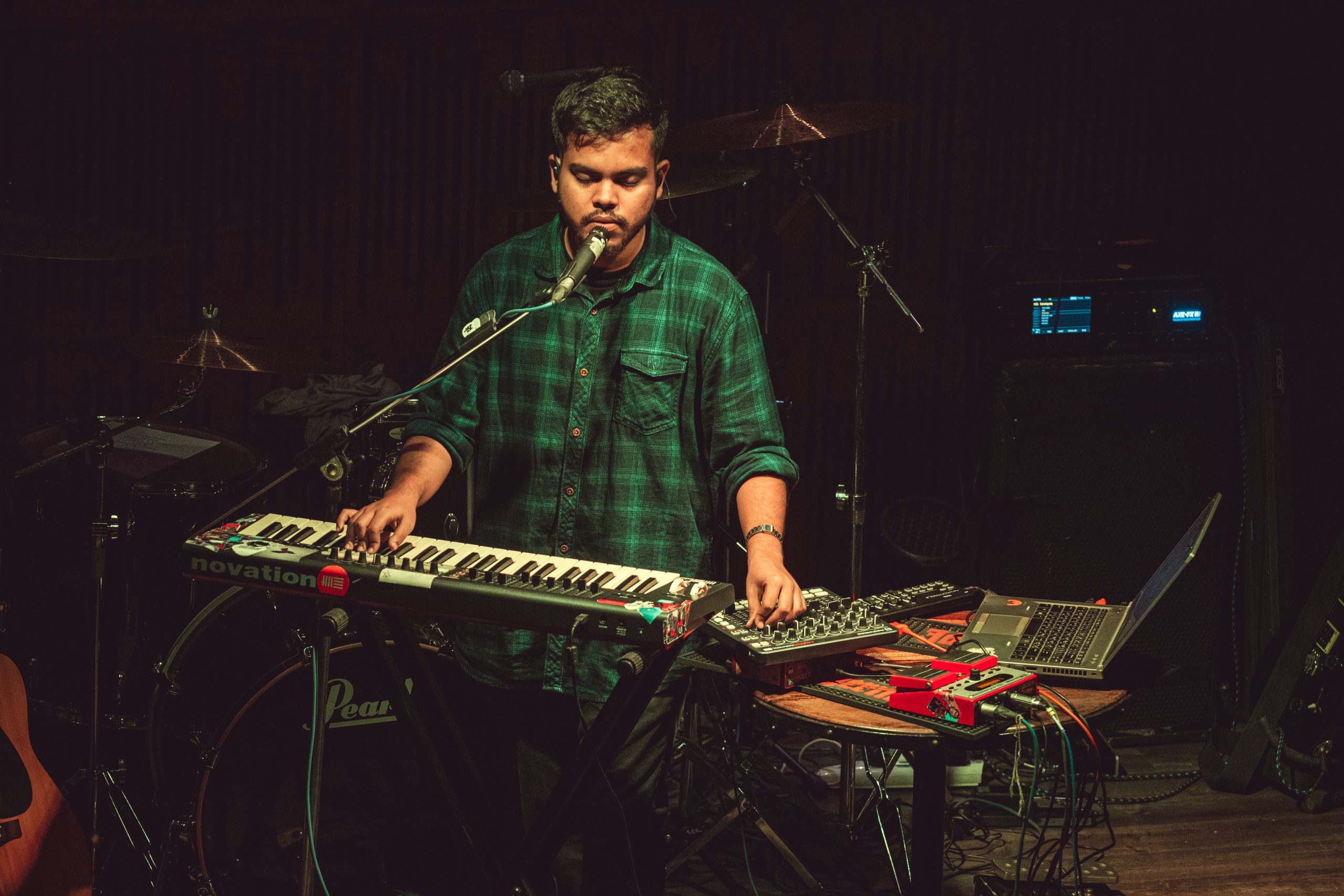 If there is one genre that spread its wings far and wide across the last decade, it is synthwave. Supported by the popularity of the likes of Stranger Things, the electronic music genre has gained popularity worldwide. Sadly, with the rise in fan following, one also got more than a handful of unoriginal synthwave artists across the globe. Today, the community is filling up with too many artists sticking to the tropes and sounding the same. One artist trying to carve his unique sound, to stand apart from the rest of the herd is Dreamhour.

Dreamhour is the solo project of Debo Sanyal and based out of the tiny town of Siliguri from the northeastern part of India. Debo has released two albums under the moniker, with the recently released PROPSTVR coming two years after the successful debut VLLNS in 2018. A nostalgia-laden synthwave sound akin to The Midnight, flourished with pop beats that remind one of the very best of Depeche Mode, the music on both the records is catchy and hooks the listener in from the get-go.

What helps Dreamhour stand apart from the crowd is his use of local Indian influences. While the likes Perturbator, Survive, and the countless acts that followed them saw inspiration in John Carpenter‘s cult movies, Debo seeks inspiration from the Indian Bollywood industry. Unsurprisingly, he quotes:

I love the nostalgia attached to the Bollywood sounds of the ’80s and ‘90s, be it the scores or the soundtracks, and that has hugely influenced my choice of sounds for Dreamhour. On my new album PROPSTVR, I’ve sampled a lot of old Bollywood sounds which I guess helps retain a distinct style for Dreamhour but apart from that, I just focus on making songs that I’d want to listen to so the need to cater to a specific synthwave tag is secondary.

Songs like “Caution” and “Hail to Thee” are a perfect example of the same. For someone like me, who has grown up listening and watching Bollywood tunes, the foot-tapping beats are nostalgic, but I sense for the larger audience, this provides an appealing original sound. Easy to miss though amidst all these captivating melodies is Debo’s dreamy pop voice. Unlike many synthwave projects where the vocals are front and center, Debo seems to prefer keeping them as just another layer in the overall sound, giving them an ethereal feel in standout tracks like “Yesterday One” and “Until She”.

Another element that stands out on both records of Dreamhour is the strong visual identity and theme, which drives the music. While the debut VLLNS was a story of two protagonists – Father Braganza and Natalia, taking on a bunch of villains (hence the album name) inspired by Bollywood/Indian pop culture, the concept on PROPSTVR is a bit more metaphorical. Describing in his own words, Debo says:

I have always found the idea of brands and how in control we are of them quite intriguing. The fine line, or lack of it, between advertising and propaganda, is worth a study for another day, but PROPSTVR is the closest I’ve come to consciously approach this idea, although through a musical context. Anusha Menon, who did all the artwork for PROPSTVR, helped me further materialize this idea. This was an experiment that we had no clear idea about and we’re still trying to figure out if we have any clarity with the answers we set out to look for with this release.

This concept is further reinforced by the means of a magazine designed by Debo and Anusha, which also features all of the art that helped make PROPSTVR.

Looking ahead, the artist has shelved all plans due to the ongoing pandemic and says ‘surviving the outbreak is on the top of the list.‘ Being a non-Bollywood music artist (despite taking inspiration from the same) in India has its hurdles, and Debo realizes that there is still a long way to go for Dreamhour, but he looks at the glass as half-full, citing the learning and growth the project has provided over the years. Needless to say, we are excited to see where the music of Dreamhour takes us next.

PROPSTVR is out everywhere and is available on all streaming platforms and Bandcamp. Dreamhour can be found on social media on Facebook and Instagram, where you can keep up to date with any future releases, and any other exciting news.