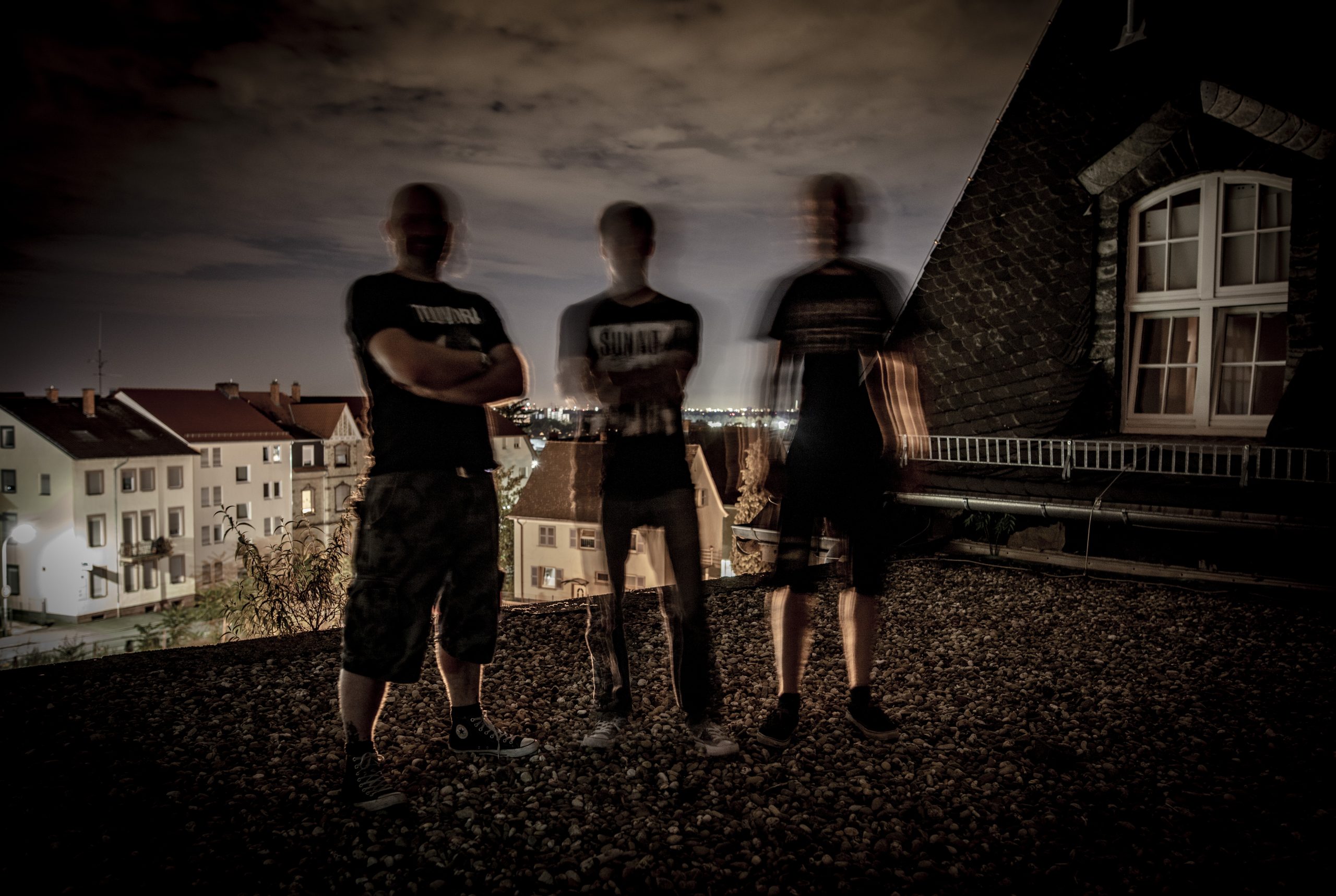 Our latest Weekly Featured Artist is none other than the spectacular codeia from Germany. This talented post-metal band caught our attention last year with their second record, as he turned back towards the eye of the storm, with the record also winning critical acclaim from many in the post community. After a solid year of touring and promoting their record, codeia were kind enough to walk us through their history, live shows and what drives them forward as a collective. We spoke to guitarist Markus about what holds them together, as well as what objectives they have for both their music and how it is consumed.

codeia‘s sound is, in my opinion, fairly unique as you look across the burgeoning post-metal genre. Long-form song structures are a critical part of their music, with the band expertly crafting the songs to have ample contrast between triumphant post-rock climaxes and gritty blackened post-metal sections, which border on doom at times. The band flesh out their ambient and drone sections brilliantly too, the careful application of feedback and drums making some tracks a transcendental experience. The vocals are spaced out and not always present, allowing the listener to be absorbed by the instrumentation, yet that isn’t to say they are something to gloss over. They feel almost like the voice in the back of your head, guiding you through the introspective layers of their music.

2019 was a great year for codeia. The band felt they had put a lot of effort into the new record, the follow up to 2017’s “don’t be afraid”, she whispered and disappeared and were rewarded with critical acclaim from critics and fans alike. Rewarded with a slew of concert opportunities, codeia took their live show to 18 venues over the year and expanded their network considerably by sharing the stage with the likes of MONO, Toundra, Crowbar, and Årabrot.

Fundamental to this is the bond the musicians share, in both musical objectives and in the core structure of the band. Markus tells of a difficult formation, where finding the right cocktail for the party was quite difficult. Finding potential members with the right gear and attitude is difficult as many know. However, in the age of the internet, anything is possible, and the band formed around regular jobs and families, while still managing to find time to construct complex and exciting music. Markus talks of how the group have become good friends, having identified early on that they would work great as a trio, as they enjoy each other’s time and share a common passion. They can happily rehearse a single part for hours on end, only to change the part up completely the next time they get together.

The goal of codeia? To influence others the way their musical greats influenced them, to comfort those who need it, and to connect people through music. Markus said beautifully:

‘If there is just a single person out there that feels this way about our music, we’ve already achieved everything we ever wanted to.‘

The band also drive to create new and exciting music, something obvious in the unique style of their two albums. Each member of the band came from different musical backgrounds, meaning there have been all sorts of fresh ideas flowing into this band over the last few years. Despite all coming from different environments, it didn’t take long for the excitement to bubble up as the first ideas were laid out. From this common ground, the band were able to combine these styles, introducing themselves through “don’t be afraid”, she whispered and disappeared. Markus describes the first record as more fragmented than their latest effort, encompassing more twists and turns. Moving forwards, the band are looking to isolate single parts and give them more room to breathe – a decision I wholeheartedly agree with, despite some of the much heavier, blackened post-metal sections in their first album really pushing my buttons too!

Surprisingly, however, the band aren’t trying to convey a particular emotion in their music, merely offering up a canvas upon which listeners can project onto. No one member is in charge of writing, and only the core influences that tie all three members are really prominent in the music. Artists like Cult Of Luna, ISIS and Neurosis all make up the core identity of the music, yet the band are focused on ensuring they have a signature sound. Markus goes on to talk about the meaning of sound to him:

‘Even if you have written the most awesome riff or melody, it needs the right sound to really shine. Therefore crafting and combining the right sounds and dynamics that match our vision of how we want to sound is an essential part of everything we do.’

The band have stitched together their previous two albums with a common concept, and their titles, when the third is out, will form into one long title. Whilst the band are not telling a story in chronological order, it is there nonetheless to be deconstructed and interpreted by listeners in the way they choose. Listeners finding identity in their music is all important.

Speaking to Markus about their live show, we were intrigued to find out more about their favourite tracks to play and what their set list looks like. As you might’ve guessed from the live video below, the band love playing their album closer “Medallion” live and are really proud of the track and how it sounds in front of scores of punters. The band usually only have time for a two-song set, with most line-ups they feature on allowing them only forty minutes. However, this is certainly enough time to get lost in their music, so if you are local to any shows, make sure to check them out.

Looking ahead to 2020 and what the year holds in store for the band, I was surprised to hear that codeia are already thick in the process of writing and rehearsing the first track, with ideas abound for the rest of the album. They hope to release the third in this trilogy of albums in 2021, but plan to begin playing the new songs at gigs this year. On the subject of gigs, they have nothing set in stone that they can talk about just yet, but hope to make it out on the road as much as they did last year, and anything else on top is a bonus. Needless to say, it will be an exciting year for the band, who can continue to grow their musical identity and spread the word about their incredibly unique sound.

We hope this has given you a great understanding of who codeia are and what they are striving to achieve with their signature sound. Make sure to check out their socials below and of course mainline their two albums into your ears pronto. Markus had a final word to share with our readers and codeia‘s listeners:

‘We’d like to thank everybody who comes to our shows, listens to our records or supports us in any other way. We are really grateful for everybody who invests their precious time for us.’