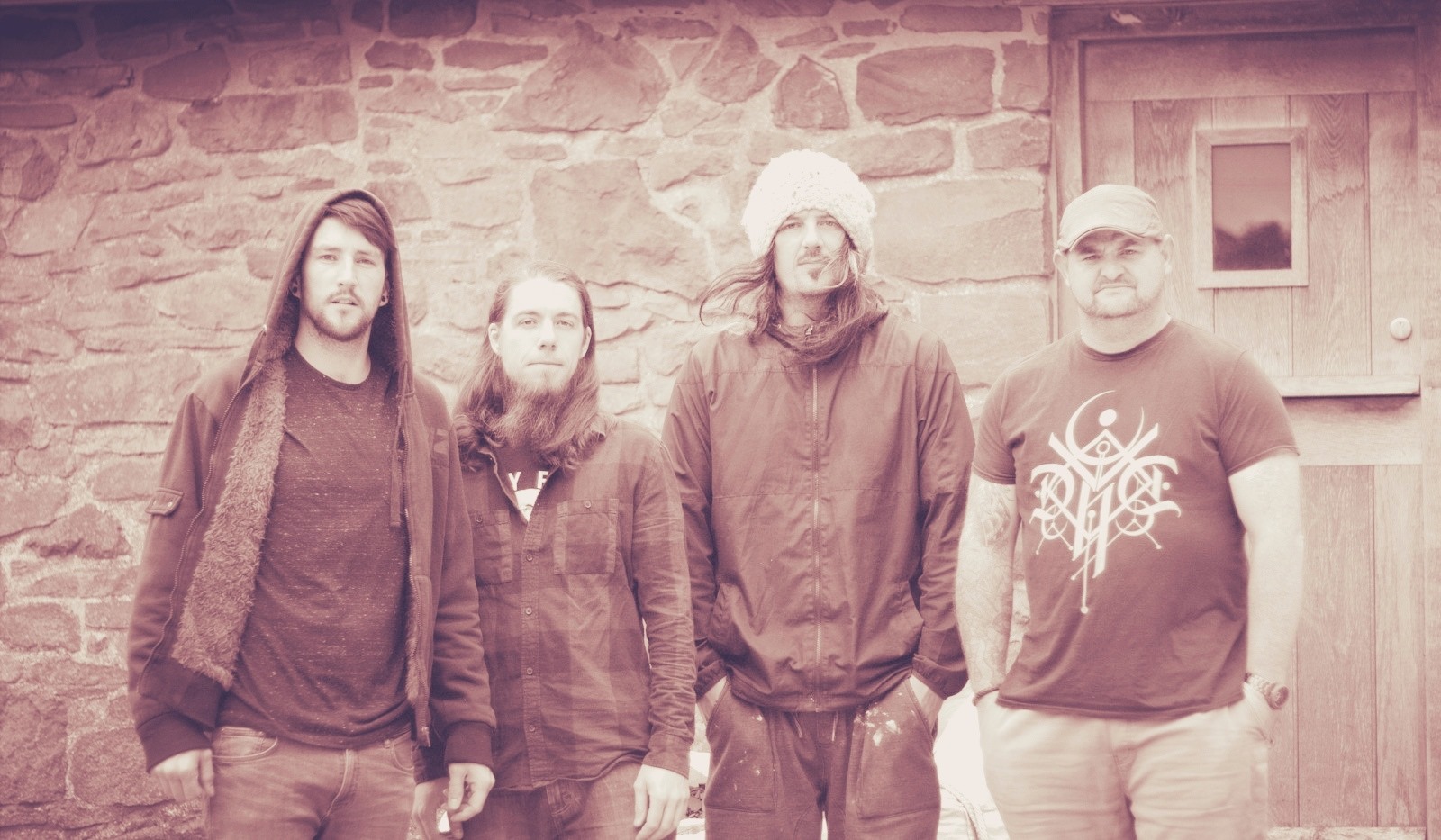 Garganjua‘s new album blends psychedelic post-metal and grimy stoner doom, transporting the listener to a world between smoke-filled garages and the cosmos.

Garganjua, to me, have always been grimy, stonery, riff-worshipping doom. I was introduced to the British four-piece by my bandmates, and after practises we regularly sit down with a beer and listen to “Lazy Green” from their debut release Trip Wizard EP. “Lazy Green” is a classic example of very clearly Sleep-inspired stoner doom. Its structure is almost identical to Sleep’s “Dragonaut”; the riffs are simple, but very catchy, the vocals are reasonably flat with a bit of growl, and the production is charmingly retro. So, when I saw Garganjua teasing their upcoming fourth album, Toward The Sun, at the end of last year, I was surprised to see none of that dirty stoner aesthetic evident in the album art or the track names.

The album art is beautiful – abstract, teal with geometric lines – simple, but extremely aesthetic. The track names, however, made me very nervous: “Transcending”, “Light Bearer”, “To Ascend (Awakening)”; I suddenly feared the album might be more pretentiously cheesy than I could handle, even though I feel my tolerance for pretentiousness is very high. The aforementioned album opener “Transcending” did little to ease my mind – it’s a short, psychedelic clean track complete with a drone and a manipulated voice talking about one’s relationship with life and the present moment.

“The New Sun” begins in a similarly inoffensive way, with an airy clean section that makes me feel like I’m falling backwards through space, grounded by a very subby, slightly growly bass. The guitar is gentle, a shimmering delay warms the whole atmosphere up, completed by melodic clean vocals that are harmonised throughout in a very Isis fashion. The track hesitates for a moment before kicking into a riff that would not have been out of place on Isis’ Oceanic, were it not for the addition of a lopsided 5/8 tail end that sounds like it came straight from Mastodon’s “The Last Baron”. The chords Garganjua have chosen on this song are very cool, not necessarily surprising, but they also don’t have to be – they just are what they are, and they sound good. The track kicks back into a sludgy half-time, then comes back into another tender clean section before bursting into an expansive climax.

The way Garganjua fuse their doomy riffs and love for post-metal is really effective, but I personally find myself getting a little tired of the clean stuff, especially because the tones, while consistently attractive, don’t vary much from track to track. The fat, stonery riffs are so moreish that any clean section between them just becomes an inconvenience to me. Stop mucking around and get to the riffs! “Mire” is easily the most riff-driven song on this album and it’s also, unsurprisingly, my favourite. There’s a riff in the middle that’s so heavy, it had my jaw hitting the floor in surprise and delight – it sounds like Opeth gone doom, and I love that. The harsh vocals on “Mire” are very fat and dark, just like the guitar tones, and even the clean sections have a much drearier edge than anywhere else on the album. In general, the tempo of this track is very, very slow, but a furious, almost black metal section close to the end creates a refreshing sense of forward momentum.

I assumed, purely based on its name, that “Light Bearer” would be corny as hell, and it is with great joy that I am able to say I was absolutely incorrect in my preemptive judgement. It opens with a strongly dissonant, arpeggiated chord, very death metal in its aggressiveness which continues to form an unusual and catchy riff. The track weaves its way through a landscape of satisfying chord changes, gritty palm muting, one slightly thrashy section and some gorgeous backing vocals. There’s a strange, warm sense of familiarity with this track, and the album in general.

Toward The Sun is interesting – not at all what I expected, and certainly not something I would’ve guessed the same band that wrote “Lazy Green” would produce. I like a lot of the ideas, and I definitely always appreciate when a band breaks away from their initial sound while still retaining elements of it. Garganjua have shown on Toward The Sun that they’re still very capable of writing kick-ass riffs, and even though I personally feel the clean sections get in the way of said riffs a bit, they do sound lovely and I appreciate their intended purpose. I’m curious to see where Garganjua go from here.

Growth – “The Smothering Arms of Mercy”