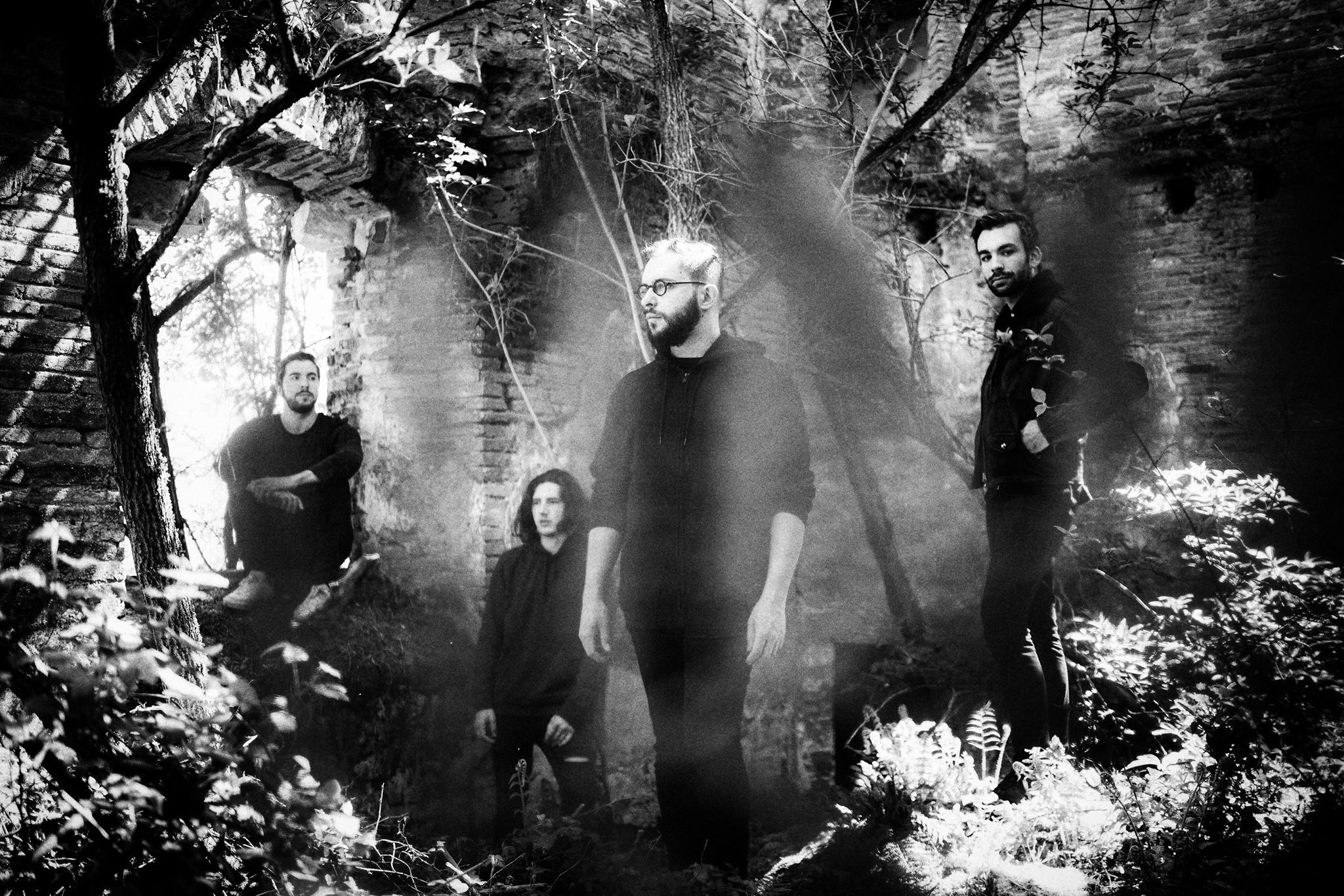 Regular followers of Everything Is Noise will know that we are big fans of Tolouse post-rock/classical quartet BRUIT ≤. Their latest masterpiece, The Machine Is Burning And Now Everyone Knows It Could Happen Again, received some major kudos in David’s review, whilst Toni called it ‘one of the best post-rock records of the year‘ in the monthly round up (big words four months into the year!) Considering this, it is with great pleasure that we had the chance to sit down with BRUIT ≤ to talk about our shared love of noise (the literal translation of the bands name), life without Spotify, and general plans for the four-piece moving forward.

Reading through the aforementioned review of The Machine Is Burning And Now Everyone Knows It Could Happen Again, it is clear that this is a band intent on giving meaning to every single note they play and every sound they make. From a distance, it would appear that music with such meaning requires members that have the patience to work together to help craft ideas and translate thoughts into noise. Guitarist Theophile Antolinos took some time to talk to us about the origins of the band and how they have worked together to develop into what we hear today:

‘The idea for Bruit is almost a decade old. Clément and I toured for several years with our youth band and very early on the desire to have a side project without any format or constraints made its way. But instrumental rock is so codified nowadays that it took us a long time to define precisely the project we wanted to create. We played with a lot of different musicians and tried for a long time to find out if we could bring our own ideas to this music genre and not just copy the bands we like to listen to. With our first EP Monolith we started to create a personal sound identity and we stabilized the line up of the band at 4 with Luc on cello and Julien on drums about two years ago. That’s when we became a full band. I think that for us, in our way of functioning, to go forward as a group requires as much time for reflection as for concrete work (composition, arrangement, mix etc). That is, time to think about where we are going musically, what themes we want to tackle together, and hours of listening to albums together and learning about the history of music.‘

This time spent carefully crafting each piece of music is very clear to see on the music that BRUIT ≤ has released to this date. Music that not only can make the hairs on the back of your neck stand, but actively makes you want to find out the intention behind each track. Theophile explains the path the four-piece take when putting together pieces of music:

‘As far as the creative process is concerned, I would say that we’re not very old school like the bands that make jams and look for inspiring riffs. Clément and I meet at La Tanière, his studio, and all the initial ideas are put into place on the computer. We discuss what we want to do, we imagine a song outline as something that could be drawn by hand, a kind of curve with different intensities. We try out ideas for rhythm, textures etc. We do some takes that may be definitive and then we leave the demo aside. Later on, if the song seems interesting, we rework it, this is the moment when Clément will add string arrangements, or we create tape textures and Julien comes to record the drum part. Regarding the messages contained in the album, it’s a bit the same method, we discuss subjects that are close to our hearts, we exchange documentaries and we look for the voice sample that best embodies the message we want to put across in the interviews.‘

Considering the amount of time spent on the writing process, it would be safe to assume the same care and attention is given to a BRUIT ≤ live show. For those of us who have not yet had the pleasure of witnessing this in the flesh, videos such as that above give an insight into the intensity of both noise and performance. Whilst a special one off filming with extra musicians, the band’s recent performance as a four-piece at dunk!2021 shows that even their somewhat stripped back approach carries the same impact. As Theophile explains, a BRUIT ≤ live performance is something they give a lot of thought to and always wish to improve:

‘The live filming in the Gesu church took a lot of work because we wanted it to be something special. It’s clear that we can’t do regular gigs with an organ and brass instruments and in a live show we only play the four of us (drums, cello, guitar and bass/violin). If we had the technical and financial means it would be nice to have a very orchestral line up on tour, but without getting too far ahead of myself I think it’s safe to say that in 2022 we’ll be doing something a bit special by doubling the number of people on stage, it’s something we’re really looking forward to.’

With The Machine Is Burning And Now Everyone Knows It Could Happen Again, the band ask the listener to take time for self-reflection. BRUIT ≤ appear hell-bent on striving to challenge the status quo through their music, therefore it is unsurprising to note their absence from major streaming services, with the band clearly aiming to send a message that it is possible to build a following without the need for services that may care little for the artists they claim to support. However, Theophile explains that this in itself placed some barriers in their way when aiming to share their new release, but also noting that such difficulties can be overcome, or at the very least the artists utilising these services can begin to downplay the importance of streaming and the associated stats:

‘Compared to the release of our first album it’s clear that boycotting the big streaming platforms didn’t help us. At the beginning when we tried to distribute our music we felt it was an embarrassing handicap and we quickly realised that people didn’t understand that it was a voluntary choice to boycott, so we decided to communicate about it to explain our approach. We get a lot of support from people who understand and respect our approach. The boycott is a lever for action and any power that is not used is lost. I would just like to remind you that all the large-scale digital distribution that has been set up in recent years has been structured around shareholders and the quest for profit. So it’s true that it’s hard to boycott that, but let’s at least avoid being overzealous, sharing stream statistics at the end of the year to advertise Spotify. The big record companies and Daniel Ek may be calling the shots in the music industry, but they don’t deserve our submission or respect.‘

Whilst Covid-19 put the live promotion and physical release of their latest release on hold, the remainder of 2021 and beyond promises to bring more activity, with Theophile outlining future plans for BRUIT ≤:

‘After a lot of problems with the raw materials, our album will finally be released on vinyl in the next few months, so this is already a good thing and we are very happy about it. We are also looking forward to the year 2022. After this long period without concerts we started to play in front of people again this summer and we’re going to do 3 more dates this autumn in France and Belgium but we really hope to do a great tour in Europe in 2022. We will surely have some great things to announce in the coming months.‘

It is clear that this is a band worth following, with big things to come. If you are interested (and you should be!) in keeping up to date, make sure to like and follow their Facebook and Instagram pages and keep an eye on the Bandcamp page for the release of The Machine Is Burning And Now Everyone Knows It Could Happen Again on vinyl, as well as any future releases.