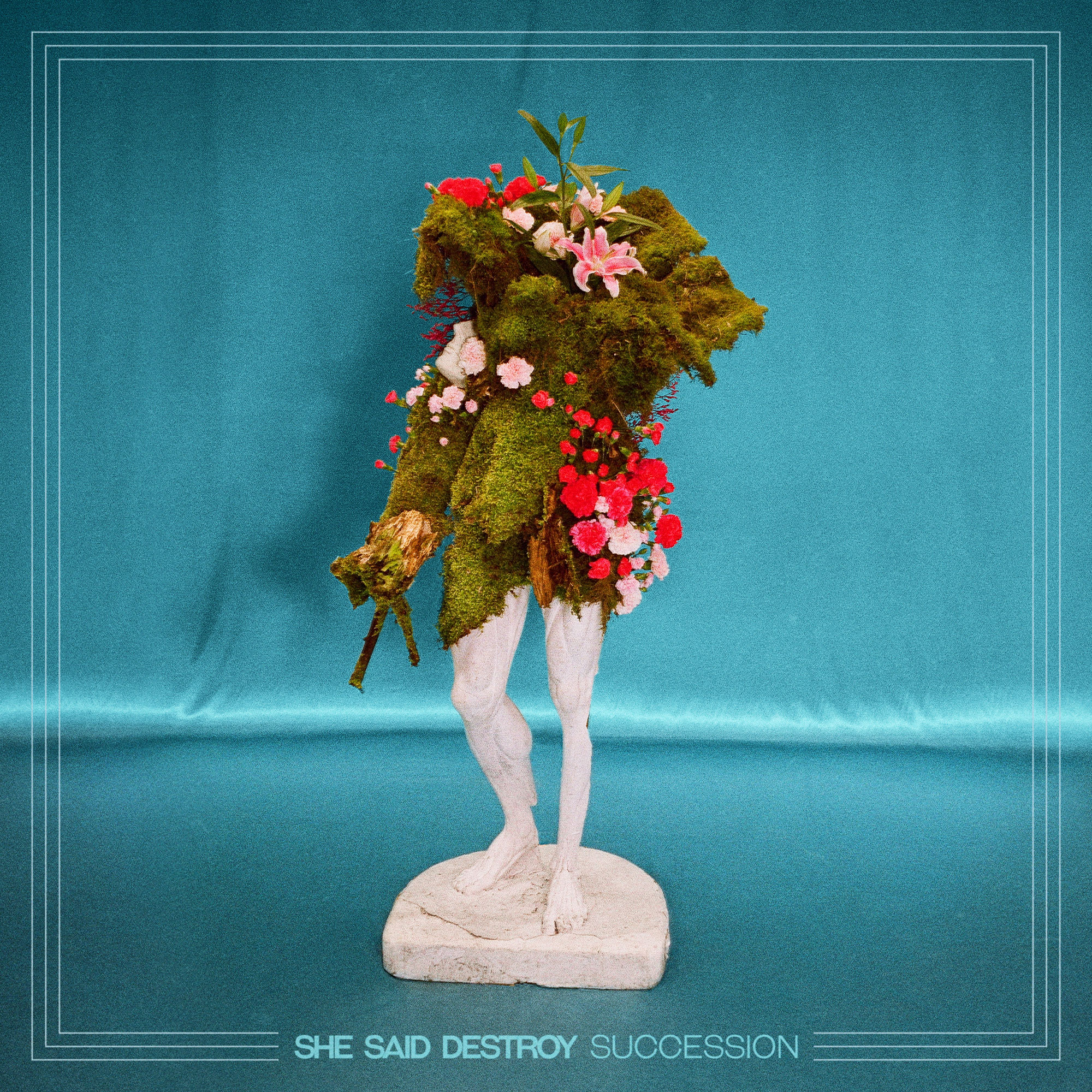 Succession from She Said Destroy takes the best of modern metal and blends it into one of the most incredibly diverse and worthwhile experiences you’ll have during our current rotation of the sun.

She Said Destroy are the latest, and possibly one of the greatest, artists to release a stunning heavy metal record in the second half of 2021, with their latest album Succession a true force to be reckoned with. Returning after a long, eight-year hiatus, it is warming to see that the band haven’t lost their penchant for genre-bending metal, and have subsequently managed to incorporate the very best of the metalverse into their nine-track beast. Built on a bedrock of gritty, Norwegian sludge, the band reach out and successfully pull black metal, doom, hardcore, post-rock, and math into their soundscape, meaning every track you’re slain by a different monster. The band dial it back when needed, and unleash chaotic fury for the other 98.5% of the record to keep that head banging, those cheeks grooving… you know, whatever tickles your pickle.

The pacing of the record feels very different to She Said Destroy‘s last EP, Bleeding Fiction, which was released back in 2012 – a record which saw much more use of their post-rock influences and dialling back the metal. Succession hits harder, with brilliant mixing of the instruments leading to extremely heavy riffs and an atmosphere so rich you feel in awe throughout the record. Some of my own personal awe comes from the amazing complexity of the songwriting, and how the tracks develop effortlessly from hard-stomping sludge to beautiful post-rock and doomgaze crescendos. If they take eight more years to write songs of this calibre again, I’d be more than content.

The opening track, “To Ourselves The World Entire”, is easily one of my favourites, not only due to the fearless sludge introduction but for the way it evolves and grows into a totally different beast by the end. All the while, the flawless, gruff vocals of lead singer Anders Bakke rip through you with a fiery intensity – the lyrics hard-hitting, his growls perfectly accentuating the huge riffs that back him. The vocals are used in ideal doses throughout Succession, letting the best riffs take centre-stage when needed, and guiding them when they require that extra little juice to shatter mountains.

Something that blew my mind when researching the band is the fact that there are only three of them left in the band now, down from five who contributed on Bleeding Fiction. Despite this, their sound feels much bigger than before, and it isn’t down to any gimmicks either, like using inorganic tones or pointless layers of synth. “Greed Witches” is one of the best examples of how fucking titanic their riffs can get – a start-to-finish stomp-fest that never lets up, the tones perfectly sordid, yet sonically pure and clean. The amazing duality of the band’s sound can be seen in the following track, “Sharpening The Blade”, which dives headfirst into a more blackgaze direction, similar to Deafheaven or Alcest – a huge departure from the LLNN or Gojira feeling of the previous tracks.

She Said Destroy‘s fearless palette of sound makes Succession an experience you can dive into at any point and enjoy. Want a desolate and bleak experience? Chuck on “All The Kings Horses”. Want to feel safe then get thrown around like a ragdoll multiple times? “Not Only Bridges” is for you. And the best bit is, some of the best riffs can be found in later tracks on the album. The best grooves on Succession can be found on “Ruin”, a song that somehow rips harder than “Greed Witches”, the riffs and drums containing more swagger than a rum-soaked pirate.

Truthfully, I’m having too much fun with this record to even begin to consider the downsides. From start to finish, Succession is exceptional, rounded off brilliantly by the title track. This track brings all of their influences under one roof yet again, showcasing their songwriting prowess and instrumental talent in its execution. Equally haunting and exciting, “Succession” is a great climax to a stunning album, and I implore any lovers of heavy metal, in all its shapes and guises, to soak yourselves in the majesty of She Said Destroy.