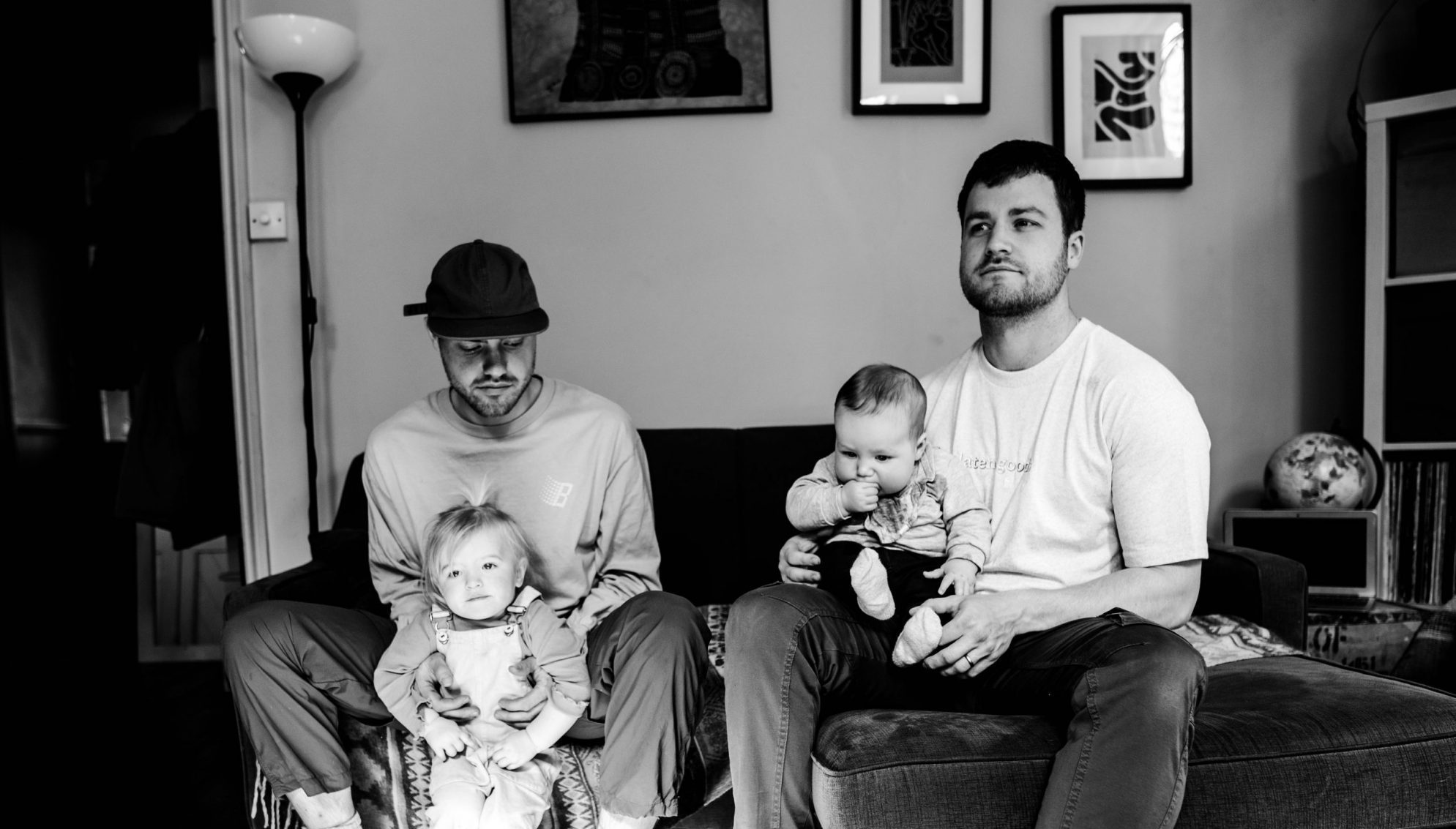 By Shaun MilliganOctober 10, 2021 No Comments

Summers Sons invite us to indulge in Nostalgia – a liquid blend of easygoing hip-hop and warm jazz that is sure to be fondly revisited in a manner truly befitting its title.

The meanderings we take down memory lane wield considerable power. They can be a voluntary escape from the mundanity or difficulty of the present, sometimes a spontaneous trip sparked by a photograph, souvenir, or song. London’s Summers Sons know this well and pay homage to the act of reflection on their latest album, as brothers Slim (beats and production) and Turt (rap) explore life and ‘reflect on their past, present, and future as sons, brothers, husbands, fathers, and friends‘.

In brief, the duo’s newest venture is synonymous with the same calming whimsy found in its namesake, embodied in a modest half hour of tranquil hip-hop that is gift-wrapped in smooth jazz. As Summers Sons state on the record itself, ‘Aesthetics over nothing/It’s the sonics over everything‘, which explains a lot about the quality to be found here.

Nostalgia‘s charm is clear in a trifecta of elements that work together to contrast the heartwarming haze of summer daytime with dusky, midnight urban strolls. “Give Thanks” and “Out The Blue” are just two examples from an album that pitches this trio of ingredients beautifully throughout; the resulting sound earns your attention, embraces it softly, and then dissipates, reverberating in the ether.

Firstly, chilled beats spearhead the relaxed hip-hop vibes that Summers Sons provide. They sit crisply in the mix on songs such as “Three Sixty” and “Sonics Over Everything”, while tracks elsewhere possess a more lo-fi feel but with the same unmistakably homely welcome. Flourishes of wider percussion also feature, and in places the beat takes on a more understated role altogether, such as on the wonderful “Songbird”.

Further instrumentation then empowers the beats, filling the tracks on Nostalgia with a soulful, mellow warmth enacted by compositional choices that lean heavily into jazz. Keys, courtesy of longtime collaborator and friend C.Tappin, mix with tidy bass and guitar to offer patterned foundations of rhythm and harmony. This is enriched by melodious piano, and emotive horns (provided by Miles Bonny) that populate the remaining space with a tuneful freedom, never overstepping their place within the structure or mix.

Completing the trident of texture, the lyricality of Nostalgia is another of its finest accomplishments. Relaxed delivery excels here, complementing the beats while equally ensuring a flow and clarity that won’t require dozens of listens or a Google search to understand the lyrics – a notable benefit in this case.

You see, unlike arguably too many in the rap game, Summers Sons don’t waste time degrading others or glorifying the toxic behaviours and attitudes often associated with the scene just to gain popularity. Nostalgia‘s themes are more relatable, uplifting, and humanising, bringing in several guests such as KeepVibesNear and Eerf Evil to share in their outpouring.

Aside from the titular track itself, split into two separate parts, Nostalgia finds us bear witness to ponderings of gratitude (“Give Thanks”), stress (“Say Less”), and the entanglement of upbringing and inspiration (“This N That”). I must say, “Songbird” is a particular highlight – a wholesome ode to a daughter that is filled with a comforting glow in its revelation that, ‘My daughter’s eyes brought my thoughts to life/Allowed a more important talk to rise‘.

‘Two brothers, one dream‘, calls the refrain of the closing track; it succinctly conveys the obvious investment of time, energy, and effort this pair pour into their music – something evident across the slice of smoothness incarnate that is Nostalgia. From the laid-back beats and jazz overtones, to its bars oozing mature reminiscence, Summers Sons have delivered a soothing soundtrack that needs your attention: this is one trip that’s absolutely worth taking.