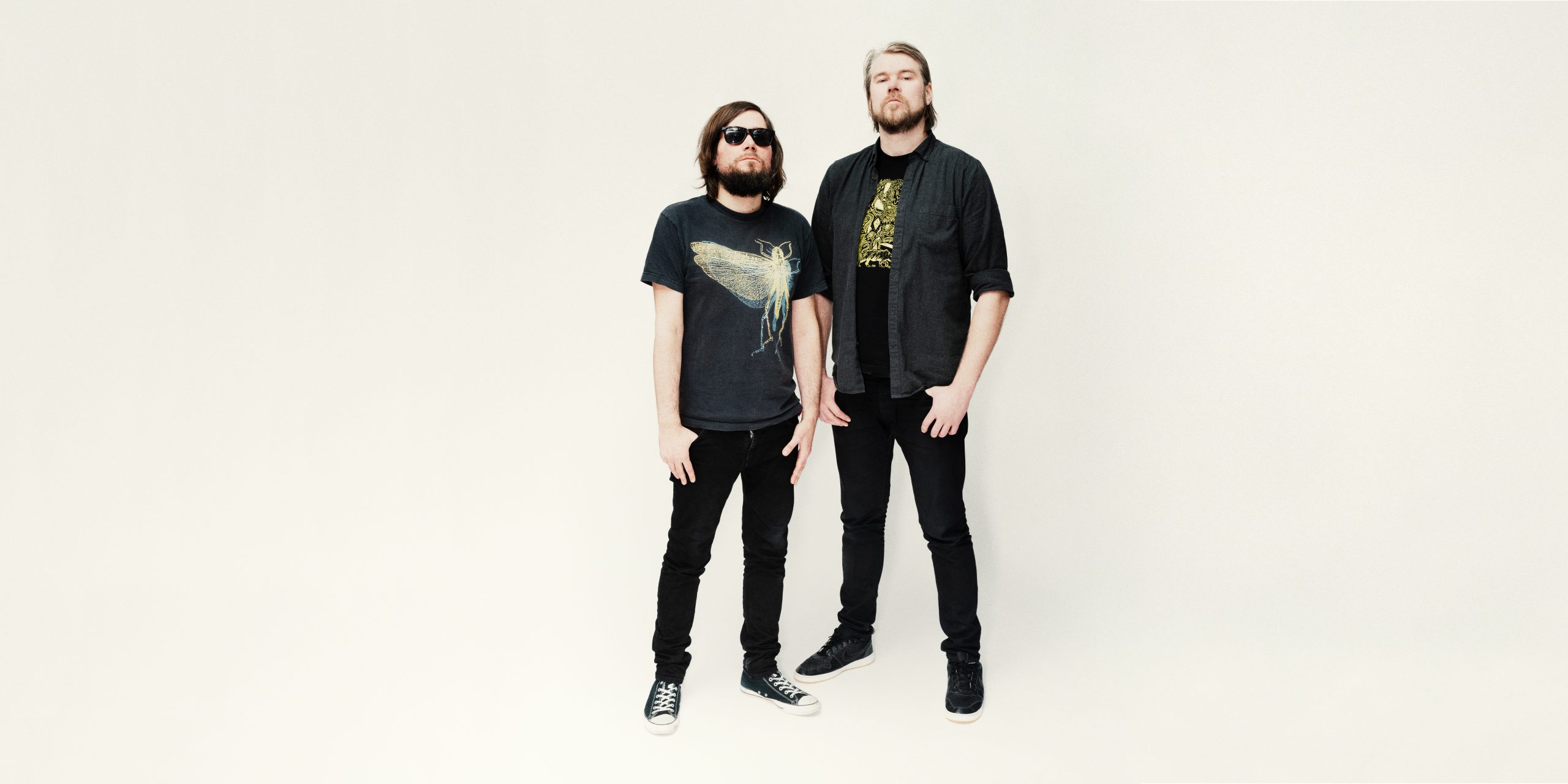 A few months back, I was looking for an album to review, but I wasn’t feeling particularly inspired, so my partner and I sampled a few releases that I saw as potentials. Among these was a band called Barren Womb and their new album Lizard Lounge, labelled as ‘punk’. We looked them up on YouTube and hit play on their song “Hairy Palms” because the name made us laugh. What we discovered was an infectious, catchy, and stingingly satirical punk-sludge good time. I promptly bought the album, reviewed it, and have had it in my listening rotation ever since. It happens pretty frequently that we’ll be doing something and putting on some jams, and one of us will slip in “Hairy Palms”, to which the other’s reaction is always the same: ‘Nice!’

Considering how much enjoyment I still get out of Lizard Lounge every time I put it on (many a rough day has been brightened by its tongue-in-cheek lyrics and catchy riffs), it only seems proper to shine some light on the band that created it. Plus, it’s their sixth full-length release, and I wanted an excuse to explore and rave about their extensive discography – so, with all of that having been said, today I present to you our very awesome Weekly Featured Artist: Barren Womb.

Hailing from the far north of Europe, drummer Timo Silvola and guitarist Tony Gonzalez met in the Norwegian city of Tromsø ‘sometime in the mid-aughts’ and became ‘fast friends’. After playing together for several years, the hardcore band they were in at the time broke up; excited by hearing ‘what two-pieces like Lightning Bolt and Death From Above 1979 were able to do with very a limited palette’, the pair formed Barren Womb at the end of 2011. Both having grown up ‘on a steady diet of rock, punk and metal’, Silvola and Gonzalez felt it was ‘only natural that our musical contribution with this band should be somewhere within those traditions’.

Like many bands, the two made a shortlist to help them settle on a name, and they felt that Barren Womb ‘fit the bill the most’. About its background, the band say:

‘It was intended as way to describe how the continuous, negative actions of our species are transforming mother nature from life giver to death bringer. The world as it has been shaped is a hostile one where life is both cheap and waning. There are also biblical overtones to it. In retrospect these meanings are less than clear, making the name a bit more offensive and grindcore-sounding than we meant for it to be.’

While this is in keeping with the influence the ‘more abrasive end of the musical spectrum’ had on their sound, Barren Womb state that they ‘like all kinds of music, both country and western’. Blues Brothers references aside, though, their palette of influence spans ‘Fugazi, Hot Snakes, Nomeansno, Primus, Run The Jewels, Shellac, Sonic Youth, Viagra Boys, and Tom Waits’, just to name the most significant ones.

2012 saw the release of Barren Womb’s debut album, the curiously titled On the Origin of Faeces. Don’t let the name fool you – this release is anything but shit. It’s certainly different to Lizard Lounge, but who’s to say whether for better or worse? I’ve been working my way backwards through their discography since my love affair with Lizard Lounge began. There are not many bands that I would claim have a diverse, yet completely coherent discography; Barren Womb are one. Even the slightly left-field, much more black metal The sun’s not yellow, it’s chicken really tickles my pickle.

The sun’s not yellow is a bit of an outlier, not just in terms of composition, but also in the way Barren Womb perceive it. The band feel that both this one and 2015’s Nique Everything ‘feel like they are lacking a bit in focus and coherency‘. Since the release of Nique Everything, Barren Womb have put special effort into making sure their releases ‘have that album feel instead of just being a collection of songs’. They also explain that their earlier sound was ‘a lot rougher around the edges… a lot more punk’, and that ‘there’s more melody in our music now, which is a natural result of us growing as song writers and wanting to expand on our expression’.

‘The early releases have a tinge of nostalgia over them, so we remember those times as particularly fun and exciting, but they’ve all been fun, that’s part of the reason why we’re still doing this.’

While their sound may have changed a bit over the years, Barren Womb explain that their writing process has not. Usually ideas for songs are conceived ‘over a few laughs and beers at the rehearsal space’, with a focus on making ‘the best collection of songs we possibly can’. Once they have about half an album’s worth of songs written, Barren Womb ‘test that batch of songs out live to iron out any quirks’ before writing the rest of the album. The band explain that ‘while the way we write has stayed pretty much consistent, every song has different demands. Some require a lot of attention and nitpicking, while others almost seem too write themselves.‘ However, the goal for each song is always the same: ‘We set out with a desire to create something that has weight and is meaningful to us, and that is still what we are trying to achieve every time we start a new writing session.’

“Hairy Palms”, the song that sparked my interest in Barren Womb in the first place, ‘felt like a victory’ to the band. Having had the basic idea for the song ‘in the bank for many years’, they ‘had to step a bit outside of our comfort zone to complete it’, and now feel that they ‘finally cracked the code with it this time around’. By contrast, “Cemetery Slopestyle” stood out in the writing process precisely because it didn’t take much work: ‘It came out of a jam and went from nothing to finished in a flash.‘

The one variable in Barren Womb’s writing process is the construction of the lyrics. The band have found that some lyrics gradually come together, ‘piece by piece over time’, while others just appear as ‘a whole in a flurry of inspiration’. While the process of writing the lyrics may vary from song to song, they are always written after their musical counterpart. Even though Barren Womb don’t regard Lizard Lounge as being a concept album ‘in the sense of having a single narrative that connects all the songs’, it’s clear that there are certain themes that run throughout. Specifically, the band point out ‘apathy, oppression, despair, but also hope, joy, and liberation’.

One song that seems particularly topical given the current pandemic situation is the aptly titled “Be Kind, Have Fun And Try Not To Die”. It’s one of the longer tracks on Lizard Lounge, and also one of the least raucous, featuring a strongly melodic chorus and acoustic guitars. About the song’s inception, Silvola says:

‘It was one of the last ones we wrote for this album. Tony [Gonzalez] had the main riff and the chorus ready one rehearsal and he wanted it to be positive lyrically. Guess I fucked that up by quoting Greta Thunberg on the second verse. The whole process happened around that time she was in the states and on TV. And she really made an impact on both of us. I guess the song has a hopeful vibe to it, though. Just as the notion of a young girl standing up against the elite. It’s both hopeful and ominous.’

The momentous energy on Lizard Lounge was captured ‘over six intense days at Fjøset Lydstudio with producer extraordinaire Eirik Øien’. The basic instrumental tracks were recorded live, with only the vocals and various overdubs being added later. Working with Øien, who Barren Womb feel ‘really understands where we are coming from and what we are trying to achieve’, pointing out how he ‘made the session very relaxed in spite of the rigorous time constraints’.

Barren Womb consider their recorded sound to be very similar to how they play live. While they know that there are minor production details on the albums that are hard to recreate on stage, they feel the songs are ‘all very similar live to what you hear on the record’. I remember when I was reviewing Lizard Lounge, I caught myself thinking ‘these guys would kick ass live’ several times. When I interviewed Barren Womb for this feature, they had just played their first set of shows since event restrictions in Norway started – and when they told me ‘it was amazing to finally play live again!’, I could feel exactly how excited they were. Live shows are one of those things many of us took for granted before all of this, and Barren Womb’s passion for playing in general can be felt in everything they do.

While the band imagine it would’ve been ‘really fun to play with The Who back in the day, just to be able to pop some horse tranquillisers with Keith Moon’, some of their personal live highlights have been ‘playing big venues as support for Entombed A.D., Voivod, and Lord Dying in Europe’, which they remember being ‘pretty surreal’. They were also fortunate enough to tour the US and play at SXSW, an experience they feel was ‘pretty memorable’, but overall, they agree that there have been ‘so many great shows throughout the years’.

While Keith Moon and horse tranquilisers obviously never worked out, their numerous live shows and tours have left Barren Womb with lots of wild stories, and when asked to elaborate on some, they recounted the following anecdotes:

‘Playing through a tour where one of us had got a concussion and the other one cracked ribs after a drunken mishap, accidentally smoking glue in Poland, being robbed blind in Amsterdam, and playing a show underneath a highway in the Czech Republic are the first things that come to mind.’

While shows are a little hard to come by these days, Barren Womb don’t plan on writing for a new release yet, stating that they ‘would like to tour this album before we start something new’. In the meantime, they’re keeping busy with their other musical projects: Twin Serpent, Oma Desala, Mouldy Grubs, and Dårli Te Beins. Outside of music, the pair spend their time ‘at work, with friends and family, and burning the occasional goat in the name of the dark lord. Pretty standard stuff, really.‘

For more deft social commentary and sizzling riffs, check out Barren Womb on Bandcamp and their website, and follow them on Facebook and Instagram for more goat-burning, accidental glue-smoking, and news about future shows and releases.