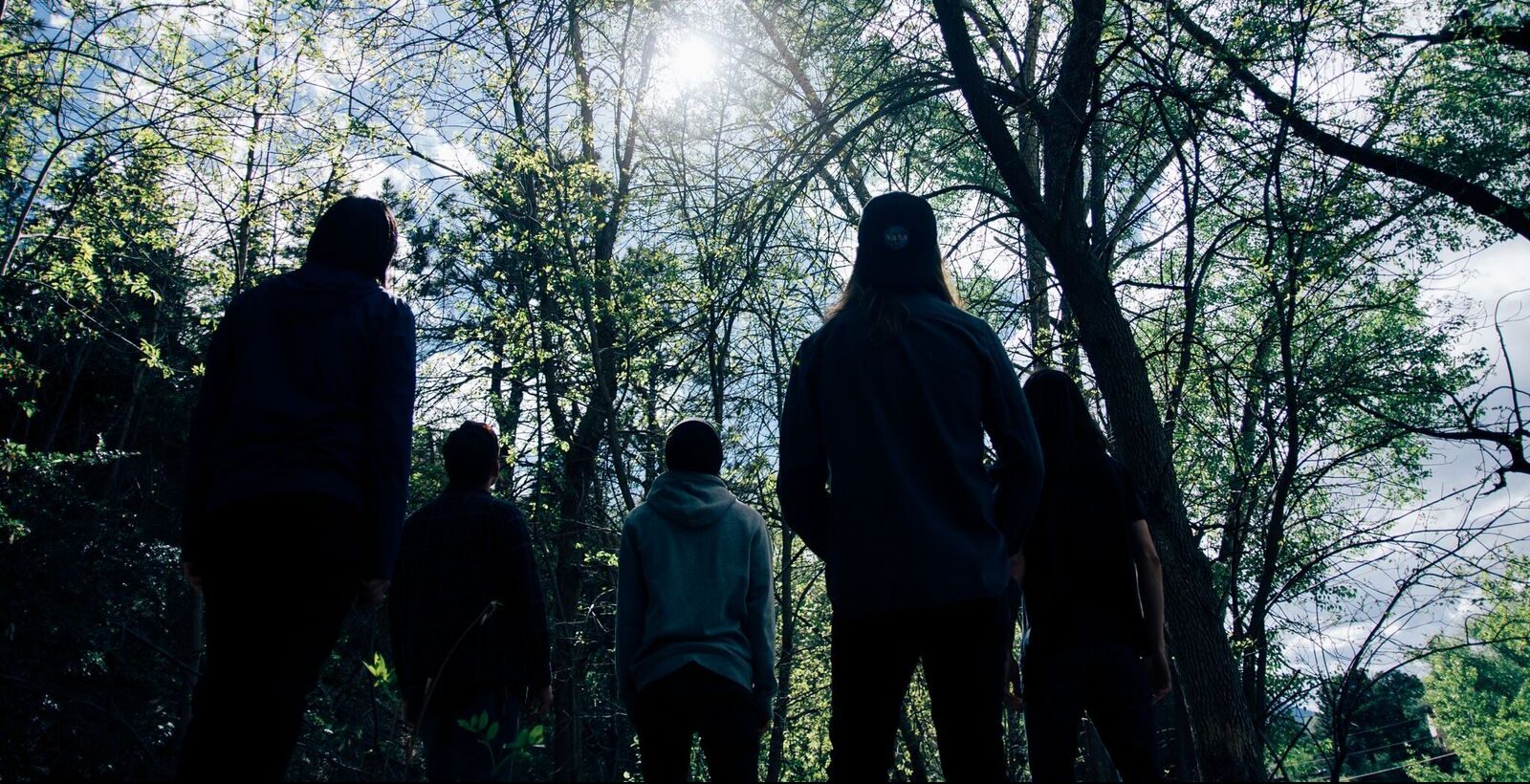 I love the random discovery of cool bands that this job entails. We’re fortunate (or unfortunate, depending on how you look at it!) to have a huge list of artists to listen to, covering pretty much every major genre of music. It was by pure chance that I came across Autumn Creatures‘ latest album, Funeral Garden. I’m sure glad I did. The amazing mix of classic instrumental post rock, string quartet, and emotional narration was something I’d never heard done in this way before. I had to find out more. Who are Autumn Creatures and how did Funeral Garden come into being?

If you’re as curious as I am, read on to find out all about this amazing band.

A lot of bands from Pink Floyd to Nordic Giants have used narration here and there, but for Autumn Creatures, it forms a critical part of their sound. Taking a step back and listening to an older piece, “11:57”, from their 2014 album Blue Forest, shows that they’ve always focused their music around character narration. With this comes the feeling that, as a listener, you’re taken on a journey. It gives the ‘instrumental’ band a real hook. It also personally makes me focus my attention in a very intense way.

When it comes to their latest release, however, I noticed that a few things had changed. First of all, there’s only one narrator across the whole album, rather than a cast of characters. The other big change was that it sounded more ‘natural’ and highly charged with emotion, to the extent that I hadn’t really ever heard anything else like it before.

This amazing ‘narrative performance’ was from Gracie Davis. The opening question I put to the band, was ‘How was this achieved and scripted? It sounds so natural, so emotional?‘ For the first time, the band chose to go away from their usual scripted format, as Alex Merrill (guitar) points out:

‘With our past albums, we’ve always had a script. The stories were fictional representations of themes we wanted to cover and the narratives were acted out. With this album, we discussed the idea of an unscripted interview style narrative . . . we felt like something natural . . . would better capture the emotional depth we were looking for.’

This change sounds simple, but it had a massive effect. If you check out Funeral Garden and listen to “Absent Voice” and “Carrier Wave” in particular, the conversational approach really shines through, highlighting the natural sound of Davis. It was also a bold choice from the band to let the narration run unscripted:

‘When Gracie agreed to contribute her story we consciously surrendered control of how the album’s narrative could go. What we got from Gracie was a level of openness and honesty that none of us really anticipated . . . None of the narrative was scripted. It’s actually a series of recorded conversations between us and Gracie.’

Of course, this approach only works well if the narrator has the right delivery and the right voice. The band chose well in this regard. Davis is a wonder to behold. Her diction is as clear as a bell, and the way she describes things, from the concept of time to the death of a loved one, are like nothing I’ve heard before on a rock album.

The end result is something powerful. Davis’ words weave in and out of the music, perfectly matching the instrumentation. “Death In Silent Places” is a great example of this. The band builds up to some brutal riffing and then just drop out to silence to let the story take hold. Even listening to the track as I write this still gives me goosebumps.

In a traditional band with a vocalist, it’s easy to make the voice play nice with the musicians. When it comes to narration, it can be a lot harder to make it gel and relate to the music. Autumn Creatures seem to have solved this puzzle with pretty much every track on Funeral Garden.

The other thing that really hit me when I listened to the album for the first time was the quality of the recording. The band stayed local and went to Windogo Studios in Colorado Springs, somewhere they were familiar with already. The album was mixed by Seth Munson, who also worked with the band on their previous releases. Even though this setup followed a well trodden path for them, the band did take a new approach to writing and recording:

‘…we took our time writing and revising. We spent a few weeks doing pre-production . . . before entering the studio, which was completely new to us . . . working with people who are close to us and understand our band really helped push the album sonically.’

For an unsigned band, the sonic quality is off the scale. Recording and mixing a five-piece band, plus narrator, plus string quartet is no mean feat. Each instrument is clearly heard in the mix, from the heaviest guitars to the lightest violin. It can be all too easy for post-rock recordings to drown everything in reverb to give it atmosphere, ending up with a smudgy mess. This is definitely not the case here. The exemplary production just makes the whole album ooze quality, at any volume.

And that brings us on to the other secret weapon on Funeral Gardens; the string quartet. With some post-rock I find that a lack of instrumental variety can make listening to a whole album either a chore, or just forgettable. It’s one of the downsides of not having a vocalist to connect to the audience. With Autumn Creatures, the string quartet adds a whole new layer and is also treated as a core part of the band – even to the extent that I can’t imagine the album without it now.The strings are used for more than just a few chords or backing here and there; there are whole tracks dedicated to them. “Grove” and “Meadow” may be shorter interludes, but they let the whole album breathe and give it space.

Combined with the John Carpenter style synths that appear on “Carrier Wave” and the title track, the band manage to both hold my interest and also make each piece stand out on it’s own merit. The ‘term cinematic rock’ is bandied about liberally in music, but in this case, it is well deserved.

FROM AUTUMN TO WINTER

The enigma that are Autumn Creatures continues. I always like to know what’s next with the bands that I interview. Rather than rushing out there on tour or creating a brand new album, Autumn Creatures like to take things one step a a time:

‘Right now we’re just taking things a step at a time but there are definite plans for touring in the next year. It has been a while since we’ve been out but we’re all eager to play this album to as many people as we can.’

I have a feeling that, just like the improvised, natural feeling of the album itself, the band will find their own way to make sure that people can hear this wonderful music in a live setting. Expect to be taken on an emotional rollercoaster when you immerse yourself in Funeral Gardens, over and over again.

As soon as we can, we’ll share any plans that Autumn Creatures have on touring or future releases. In the meantime, check out this unsung classic on Bandcamp and follow the band on Facebook to learn more.