Yorushika starts the year 2021 off with a such a joyful EP in Creation (創作) that you might be lucky enough to forget that 2020 even existed.

Japanese rock duo Yorushika seem to have no time to waste, as they are back at it again, barely a month into 2021. Following a streak of albums released as fast as the Beatles fever releases of the 60s (five in total since the band’s formation in 2017), the pair is still adamant about bringing new music into fruition. I guess a pandemic hits differently for talented artists, when there doesn’t seem to be a valid excuse to stop writing and recording new hits. And let’s be real here: if you’re into the genre, there’s not much question that this new EP has its fair share of hit songs.

Expertly woven, this new piece has found a way to strike at the heart of anyone willing to listen. If you’re a fan, then there’s no way Creation (創作) could let you down; if you’re new to it, give it a shot. There’s a lot to be pleasantly surprised by. I’m not going to go deep into how something as weird as J-rock came into being, since it’s not that surprising to see how each culture’s approach to the rock invasion was handled in their own particular way. And while one shouldn’t attempt at reducing an entire country’s take on a subgenre into a set of categories, there are definitely some common tropes that can be heard popping in and out of existence here and there during some songs. I’d say Creation‘s strong suit lies in using these tropes with near-perfect execution.

Yorushika’s past releases had delved more into the more rock-y aspects of the genre while also incorporating math rock elements into a couple of songs, which is always welcomed for me personally. Take the vocals out of a song like “Amy (エイミー)” from 2019’s release Elma (エルマ), and bingo! You’ve got a recipe for a non-depressing version of American Football. While this record does not mark a whole new direction for the duo, it does lean heavily towards the more pop-oriented aspects of their previous material. With this intention, they definitely hit the nail on the head.

It’s easy to dismiss the majority of pop music as overly produced and cheaply written music, composed by a team of heartless executives looking for the newest hit while using the same old formulaic tricks; sadly, we do have a lot of examples for this. But it’s just an assumption – though valid, it time and time again falls short of a number of counter examples. Let me explain, then, how this duo manages to both fulfill the expectations of die-hard fans and surprise newcomers.

Creation takes off with “Robber and Bouquet (強盗と花束)”, easily my favourite of the five tracks. Quickly paced, Yorushika vocalist Suis‘ lines jump around, following a steady, quirky rhythm that sets the tone for the song. It’s fun, it’s dancey, and it does an incredibly good job at pulling you out of any bad mood from the get-go. The duo consciously makes use of repetition in the verses to develop a well-set-up idea, and then delivers the payoff in the chorus by maintaining the main idea but unraveling it in a more overt way.

The song comically (and ironically) conveys a sense of dissatisfaction in the verse’s melodies, followed by an outcry of resignation in the face of the absurd. The lyrics reinforce these feelings, something that surprised me at first, but it turned out to be a key feature of the EP. Suis’ lyrics have no difficulty at all in mixing some melancholic and dark themes with what’s unquestionably a light composition – it’s J-rock weirdness at its finest. 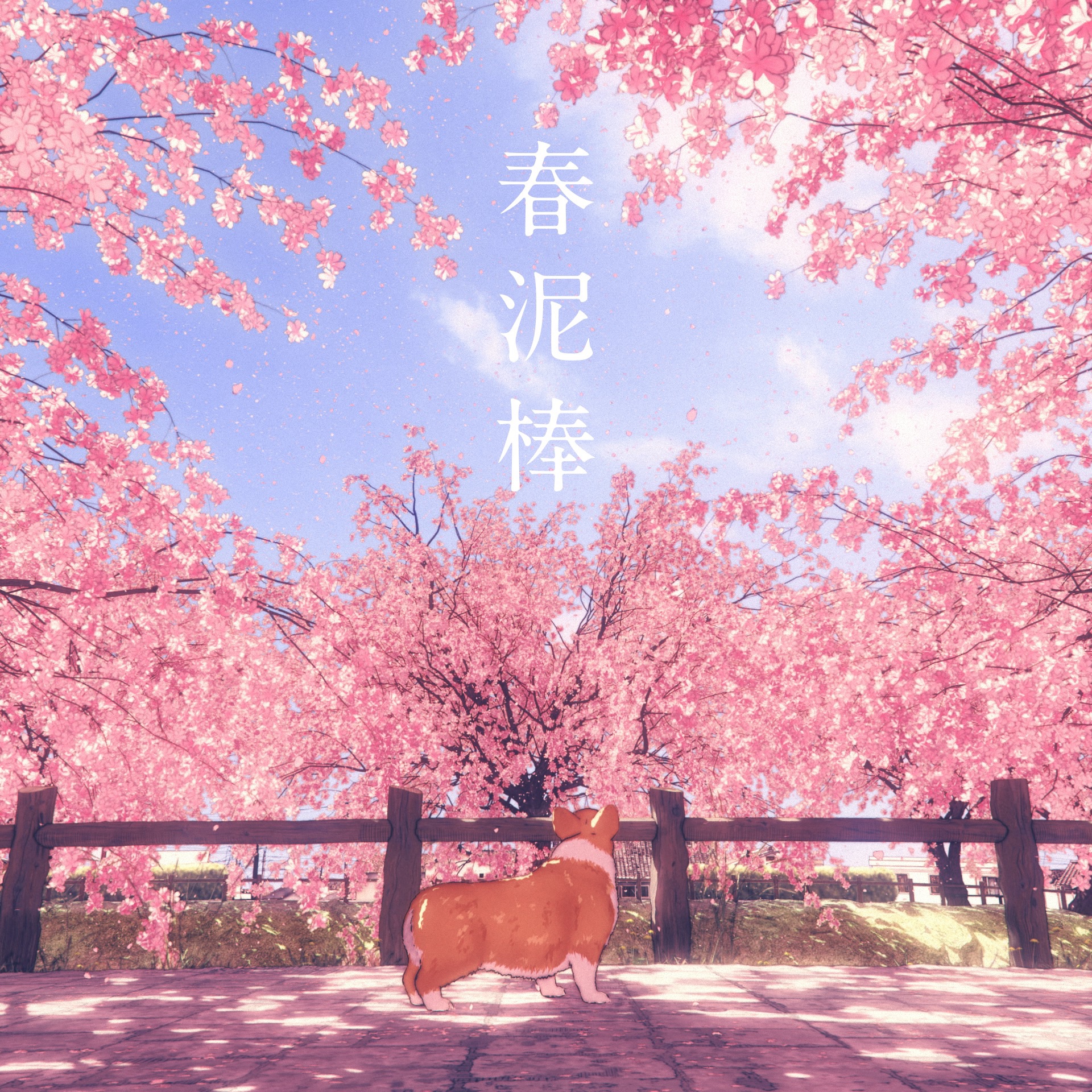 ‘One afternoon, I thought / That I’d give you flowers since you’re dying’
‘I don’t have money or more like I have none / So a flower bouquet is out of budget’

Just smile, stop putting on some serious look on your face and trying to act tough
Because the truth is, you’re nowhere near decent either
Just forget any common sense that doesn’t bring in money already’

The following piece continues leading the charge by giving way to a more mellow approach to the genre. It starts by hinting at a slower track with a serene acoustic guitar opening, but that’s only bait; the fast-paced melodies, delivered in a rhythm that resembles the spoken word, are all but a coy attempt at being uplifting. There’s a naive sort of elegance in them. After a couple of listens, I couldn’t avoid describing the piece as opening a bottle of spring in the middle of winter – by the time I learnt that ‘春泥棒‘ translates to ‘spring thief‘, I knew I was going to be made fun of for sounding cheesier than an extra large pizza.

Splitting the EP in half, there’s a serene interlude that mixes some field recordings with what I can only describe as N-buna (the producer) having some fun. Seamlessly, we are introduced to a joyously melancholic song, curiously titled “Eat the Wind (風を食む)”. It definitely serves as a breather from the tone that enveloped the EP’s first half, but it still isn’t close to being a downer. It’s just a breeze of fresh air, set up with a subtle lo-fi beat that will surely fit into any stressed-out student’s playlist before finals. The use of more sampled drum beats carries the song with grace and serves to bring that sense of tranquility only a bit of repetition can truly bring.

Finally, our closing act: “Liar (嘘月)”. Any anime savant could easily tell that it would make an amazing ending song, which, it turns out, it actually is! Director Junichi Sato chose wisely, and picked this incredibly uplifting and nostalgic song for the ending of his latest film, A Whisker Away. Seriously,  go watch it – it’s on Netflix, there’s absolutely no excuse. A steady beat is interwoven with some triplet notes to carry the rhythm, alternating between creating anticipation for the vocal sections and giving it a pause for Suis’ cradling voice. And as if that weren’t enough, N-buna makes a successful attempt at writing some solo sections for guitar and piano, each with its own personality but cohesively working to exalt the listener until the very end.

At the end, Yorushika decides to wrap up on an unresolved note, leaving us waiting for more. They are clearly not intending to quit any time soon, and maybe in just a couple of months, we’ll get to see how this story continues. Creation is without a doubt a delightfully charming set piece. From the first second up until the very last, there’s not a single moment where the duo isn’t making their best effort to keep your attention. The arrangements bring a lot of life into what one might consider your standard average pop hit, displaying some pretty nifty writing skills in their quest to make the most out of the pop genre. Yet, simplicity doesn’t take away any value from this EP, its focus is set elsewhere. Let LITE take care of that scene in Japan – Yorushika has another goal in mind.