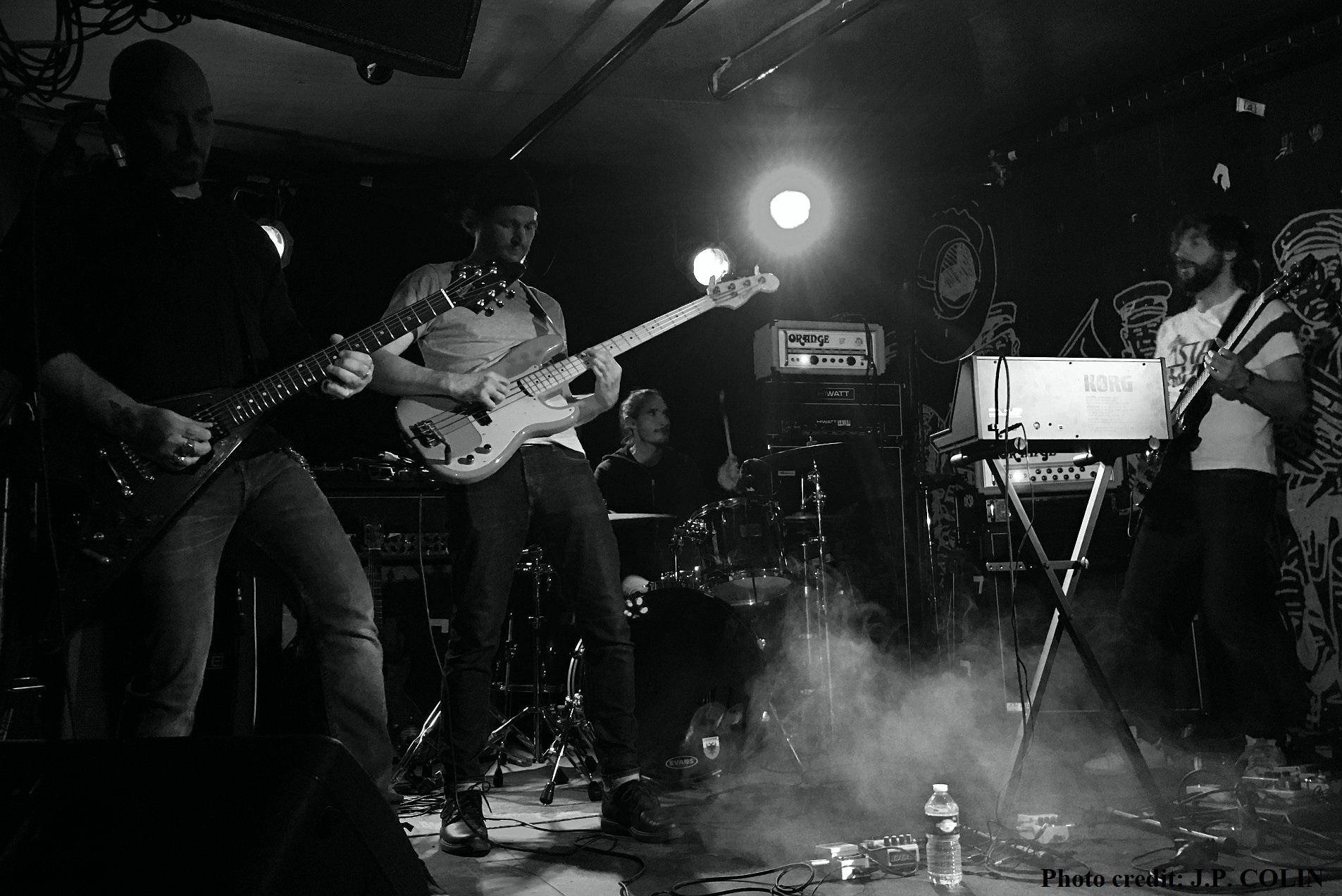 WuW are another stunning example of brilliant French artistry, presenting us with a doom-laden post-rock album that is a suitable anthem for the times. Dystopian, jarring, and stripped back, Rétablir L’Eternité is an album to lose yourself in.

In 2018, WuW entered onto the scene with their debut Rien ne nous sera épargné, a titanic record that showcased the band’s talent for creating intricate, dark and overwhelming soundscapes. Now, they return, yet again on Prosthetic Records, with a new five-track LP that pushes the envelope of their sound even further. The two brothers come from a diverse background in the musical arts, classically trained with experience in ensembles and with world musicians. Taking that knowledge and combining it with doom metal, post-, and space rock leaves us with an avant-garde sound that feels unique amongst a burgeoning experimental metal genre.

From the fuzzy guitars that swallow the listener to the psychedelic krautrock synthesizers that tease in and out of the mix, everything has its place in the delicate but crowded plateaus of sound WuW create. The mix is close and intense, helping to build on the atmosphere the instruments imbue each track with. Listening on surround sound and headphones, the music swirls around your ears, the brilliant composition of sounds that appear snatching your attention over and over again. And yet, no two tracks sound remotely similar or charge you with similar energies on Rétablir L’Eternité. On an album that uses a lot of post-rock guitars, it is gratifying to hear such diversity.

The opening track of the record, “Ce Silence Qui Nous Délivre De Tout”, opens with what could be described as a post-folk guitar strum that hangs through the first two minutes of the record as a constant, with WuW unleashing dystopian bass synths against it, creating a jarring atmosphere. As the duo crank up to start playing their full ensemble of instruments, the cacophony grows with some calculated burst of sound, before the track finally begins to ascend towards an unreachable climax. Hitting as close to the peak as they can, the band slow things down, dosing the listener with a taste of the doom metal that ties the album together.

Hearing the dystopian tones, you can’t help but wonder if the band are influenced by the current state of affairs in France, with an increasingly authoritarian government ramping up pressure on social and political activists. The often-frenzied nature of the bands soundscapes feel like moments of intense decision followed by bursts of violence, translated through powerful guitar chords and wild electronic samples.

The next track channels melancholia to begin with, the music almost sounding similar to Bell Witch‘s Mirror Reaper, with haunting soundscapes permeated with gentle chords and ethereal screaming. Yet this eleven-minute track has so much more to offer, WuW suddenly launching into a doom/stoner riff framed by weird electronic effects and their squealing guitar riffs. The last few minutes of the track are dedicated to a trippy closer, which has synths dialled into extraterrestrial frequencies. The kraut-/space rock side of the bands sound palette is so varied and utilised so well in instances like this.

Track three, “Assiégé Par Les Cris Du Sursis” and “En Souvenir Des Jours Que Nous N’Aurons Pas Vécus” vie for position as the most avant-garde tracks on the record. The former is like a soundtrack for the apocalypse, heavy stoner doom riffs being replaced by experimental electronic effects before the band meld the two into smothering cacophony. The latter sees a saxophone introduced and used to exceptional effect, increasing in intensity and madness as the pace of the hypnotic drums and guitars do. Similar to bands like MONO, this track sees multiple miniature climaxes pop off, with the almost psychotic saxophone helping to transition the band from one spiralling section to the next.

The mix itself is very different from the last album, with more dynamic range to it, which works especially well for the ambient and chaotic sections of the album. Each time I listened, I felt transported to another world, yet woke up afterwards to much of the same emotions in this crazy world. This album is spectacular, one for those who love finding new sounds on each listen, a record that oozes intelligence in its composition. It works well as a game soundtrack, but I’d recommend taking a moment to absorb this creation too. WuW have created one of the best crossover albums the ‘post’ scene has seen this year, and I expect it to find its way onto many peoples album of the year lists.