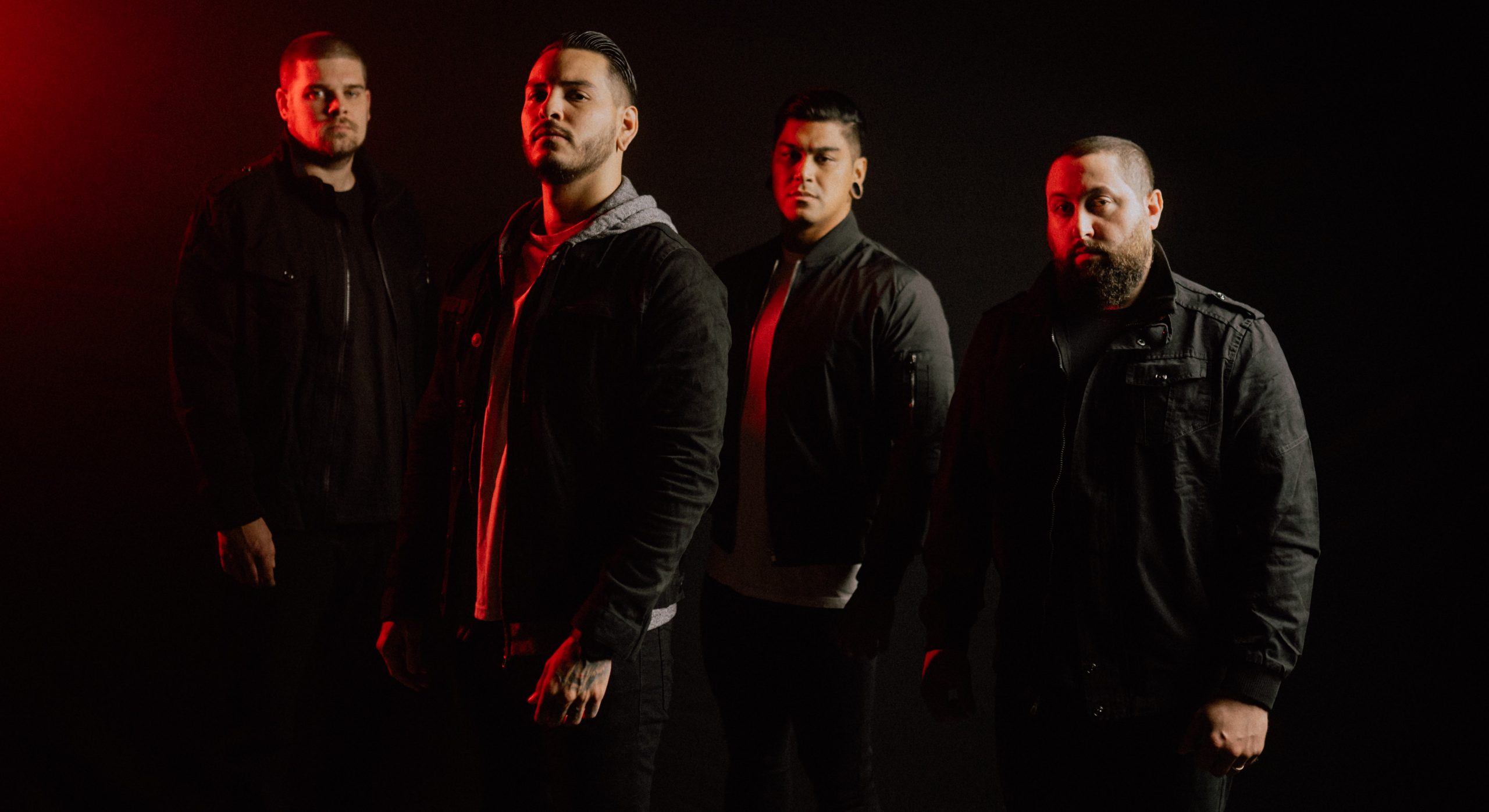 If you’ve ever wondered what it would be like to lay waste to a helpless alien civilization with just your bare hands, then the new Within the Ruins record, Black Heart, is for you. Black Heart is a solid record that is chock-full of blistering riffs and immense groove, embellished with many atmospheric tapping lines and licks. If Tom DeLonge made heavier music, this is exactly what it would sound like given his desire to communicate with the worlds beyond. Maybe Within the Ruins is the final clue that Tom needs to find those UFOs at the end of this flat earth, just maybe. That flat earth comment was purely sarcastic by the way…

Within the Ruins is one band that have been consistently releasing quality music in a genre over-saturated with bands all trying to achieve the same thing. In the case of WTR, the music blends technical metalcore, deathcore, progressive metal, and melodic death metal into one fluid entity with a massive emphasis on technicality. Despite being relentless in terms of how brutal the music is, Within the Ruins know how to make their tunes just as melodic and atmospheric as well. As on previous records, Black Heart is an absolute whirlwind of a record, especially with their new vocalist, Steven Tinnon, who fits quite well with what the band aim to achieve. The only thing that really holds this record back is the lack of variety found throughout the record. If you’re looking for an adrenaline-fueled ride that doesn’t give you a single moment to breathe, then this is the record for you! If you’re looking for something that is a little more, then you’re better off looking elsewhere.

For me, Within the Ruins have filled that void that Born of Osiris left once Jason Richardson departed after The Discovery. WTR unfortunately isn’t as popular as they should be within this genre. Just looking at the style of the album artwork makes me feel like I’m back in the early 2010s and Within the Ruins’ latest effort modernizes and polishes up that proto-spacecore sound. Black Heart has a great balance between pummeling chugs and riffs to the insanely technical and high-speed tapping leads that give that space-bound vibe. I dare you to tell me that the main riff on “Deliverance” or the ambient background guitar tapping sections on “Open Wounds” don’t sound like the band is trying to send an encoded signal into space to try and communicate with anything that may or may not be out there.

Despite being an unrelenting aural assault, the novelty behind Black Heart does start to wear off fairly quickly, causing me to only have the desire to listen to this record on the slight occasion. Don’t get me wrong, whenever I do spin this record, boy does it hit, but it is something I only enjoy modestly. On this ten-track record, two of them are instrumental pieces that feel like aimless jam/djent (or should I say ‘djam’) sessions that just start and end a few minutes later. Despite the brief acoustic passage on the closing instrumental track, I honestly didn’t get anything out of it, nor do I remember much of what was in it. These are two tracks in which it is obvious that the band wanted to be as extreme and as technical as can be without focusing too much on building a cohesive song.

It is pretty clear that Within the Ruins aims to be an excessively technical band, and they definitely do show that at the slight cost of musical fluidity. One band that I am instantly reminded of is Oceans Ate Alaska, a group that takes this technicality-over-cohesiveness to the absolute extreme, more than Within the Ruins ever could. Meanwhile, other bands like Archspire have a knack for being as technical as one can possibly be while still being relatively cohesive overall. There needs to be balance between the two, and Within the Ruins is just shy of that balance. With that being said, I would be a fool to not mention how impressive the instrumental and vocal performances are throughout this record. With this record being heavily focused on the guitar and bass and their awesome effects, I personally think the show was stolen by the drummer, Kevin McGuill. The ridiculously complex timings, patterns, and overall cymbal work left my mind in all sorts of knots.

One thing that stuck out like a sore thumb to me was the how the last half of the guitar solo to “Domination” was copy-pasted from Metallica’s “One”. Whenever I listen to “Domination”, I get flashbacks to those damned landmines that took my sight, my speech, and my hearing. Other than that, the record just pummels you to the ground from right when it starts until the moment the last note fades out. It is 45 minutes of ambi-djent mayhem that makes me want to put my guitar down for good but at the same time, I am reminded of that Steven Wilson quote; ‘I’d rather hear Dave Gilmour playing one note and break my heart, than hearing Joe Satriani playing 300 notes and not touch me in any way at all.’

Black Heart is an enjoyable record that is super fun at first, but then that intergalactic appeal starts to slowly disappear with each successive listen. In order for me to properly enjoy it, I need to give myself plenty of time between each playthrough. With the exception of not being groundbreaking and cohesive at times, this record does do what it aims to accomplish very well. From the great balance between the brutality and the melodic nature heard in the instrumentation as well as the harsh and clean vocals, what more could you really want from this genre? Although it leaves more to be desired for me, it is a fun metalcore/deathcore record with overly technical and progressive flourishes that make it stick out slightly more than its counterparts.