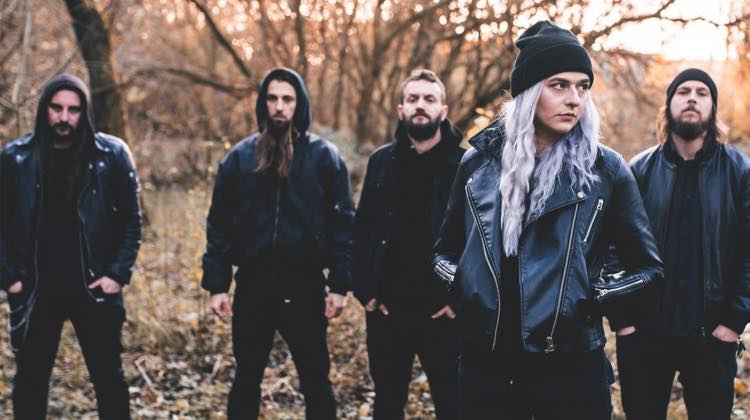 By David RodriguezMarch 12, 2019 No Comments

Samsara is a bold and unforgivingly visceral album that many death metal bands vie to make in their careers. Venom Prison achieve it by taking influence from the greatest horror of all: reality.

Venom Prison are here to fuck your shit up – with a name like that, did you expect anything less? Their first album Animus is held in high regard by me and others as being an uncharacteristically strong debut with cover art that speaks a thousand words (not for the squeamish). It’s nice to see that the UK death metal quintet haven’t dulled their approach or sound on their latest effort, Samsara. In fact, they’ve gotten more calculated and harsh for their sophomore album, which is heavily based in Buddhist teachings and the bloody realities that are felt now and, at our current trajectory, will be felt in the coming decades.

Before I continue, I’d like to take a minute to give a pretty serious content warning for this review as it’s going to cover topics like self-harm, rape culture, extreme anti-LGBTQ violence, exploitative patriarchy, and other terrible things as they are covered in the themes and lyrics of Samsara. Approach carefully, especially with the video which has some bloody body horror involving a woman’s pregnant stomach.

Just as a good filmmaker will use violence to smartly further a story or a character arc, Samsara‘s blood and gore aren’t so much gratuitous as it is a purposeful mirror to our world where these things happen. That’s the scariest thing of all. Even the literal enslavement and commodification of people with wombs as baby factories (“Uterine Industrialisation”) isn’t a far cry from the guiding philosophies of extreme modern patriarchal societies. While you may wince and look away, that doesn’t mean it stops existing, and Venom Prison are here to ensure that the grave injustices of the world, past and present, loom in our minds long after the final screeching guitar fades out so that we may not make the same mistakes again.

Where do I even start? I guess at the beginning. “Matriphagy” is a riff powerhouse, the intro of which smacks you in the face like a flying brick. It’s named after a well-documented phenomenon in the animal kingdom where offspring literally consume the mother that made them. Lyricist and vocalist Larissa Stupar was always deftly capable of presenting material as mortifying as this with her high-pitched shrieks and lower-than-low gutturals, but her technique is even better now. Drums blast through the mix, guitars shred in every conceivable direction; the fury starts quick and doesn’t end until the last track.

“Asura’s Realm” reminds me of old Dying Fetus songs with a frenetically riffed intro. Pinch harmonics capitalize sections of the music. Drums vary from deliberate, slow, and powerful breakdowns to thrashy bits and blast beats that embolden the track. The final two tracks, “Dukkha” (Buddhist concept that translates to ‘suffering’) and “Naraka” (Buddhist ‘hell’), are quite true to their names in every regard. They both carry the most change-ups in rhythm and melody making for an unpredictable, hectic end to the album. Stupar’s screaming of ‘Samsara, samsara, samsara! / Suffering, suffering, suffering!‘ in the former track is one of the most cutting lyrical passages I’ve heard in years. Simple, but very effective due to enraged delivery.

As far as the lyrics… I also don’t know where to start, but again, I refer you to my content warning up above because it’s gonna get real here. “Megillus & Leaena” references two lesbian lovers from ancient Greece. On this track, two people are horrendously murdered for being gay and trans (‘Suffocated, stoned to death / Paid with life for homophobic laws‘; ‘Born in the wrong body, she will hang.‘) It’s vile, despicable, and… all too real. At the song’s admission, ‘You fear what you don’t understand / Who deviates is damned‘, a searing condemnation of homophobic thought that’s better heard than read. “Self Inflicted Violence” is as forthcoming as ever, a genuinely hard song to listen to that talks about graphic self-harm and the numbness associated with it. This particular verse hits really hard:

One of the other hardest hitting tracks here is “Implementing the Metaphysics of Morals”. It’s a surgical takedown of rapists and the culture that allows them get away with their assaults. Stupar slings potent venom with, ‘In a courtroom where money can buy freedom / The offender runs free / After all, 20 minutes of action is not worth the dignity of the victim.‘ The back half of the track is a revenge fantasy where an assault victim seemingly takes justice into their own hands, which brings me more joy than it probably, healthily, should. It’s a cathartic type of violence to say the least. Knowing that Stupar took some influence for the lyrics from her own personal life is reason enough to pay attention and realize that there’s a lot more to this album than meets the eye, or ear. 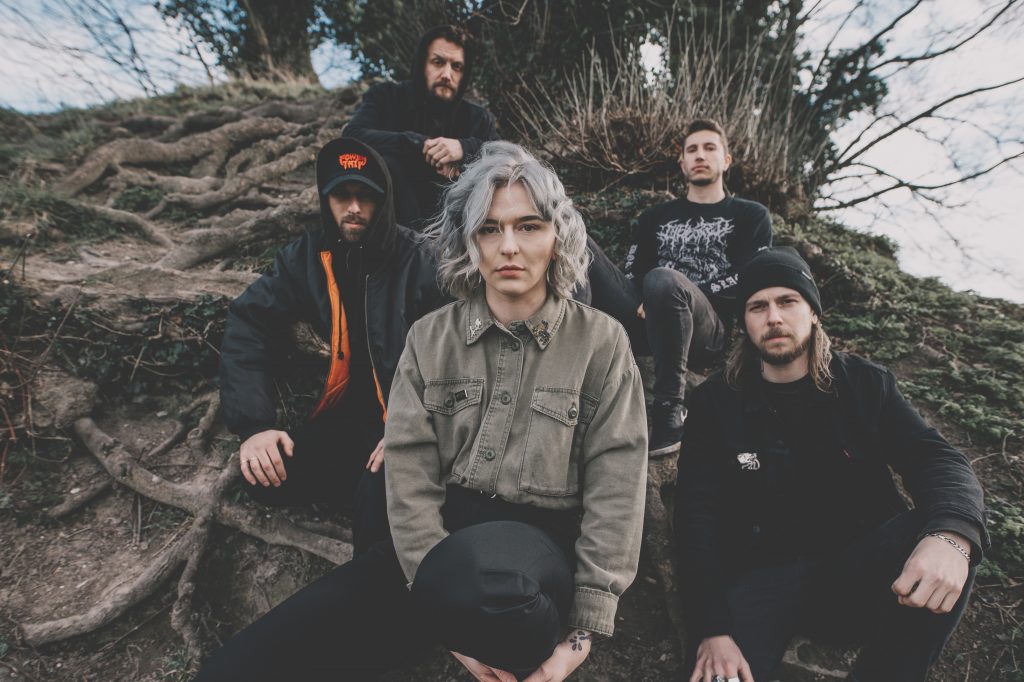 That leads into literally the only ‘negative’ I can even muster about this album, and it’s at no fault of the band: I fear many people will see this is as just another good death metal record when it’s a lot more than that if you dig below. It’s abhorrent, deplorable, and violent, but… that’s the point. If we hold up other death metal records for having simplistic, celebratory, fantastical violence because they sound good and brutal, surely we have enough room to give shine to a record that genuinely has something important to say. This ain’t your ordinary death metal savagery, and thanks to stronger production, Samsara hits even harder than Animus ever did, a grand accomplishment in and of itself.

I think Venom Prison just want us all to do one thing: listen. This album is frightfully urgent, pissed off, and could have feasibly been made at any point in the last several decades and still been as thematically relevant as it is now, if not more. Using the vehicle of expertly crafted death metal was the most appropriate move possible as the instrumentation and lyrics constantly complement each other’s rawness. Samsara is a full-bodied, visceral experience that is merciless, but not heartless. It’s unlikely we’ll hear anything quite as harrowing and cathartic as this for the rest of the year.