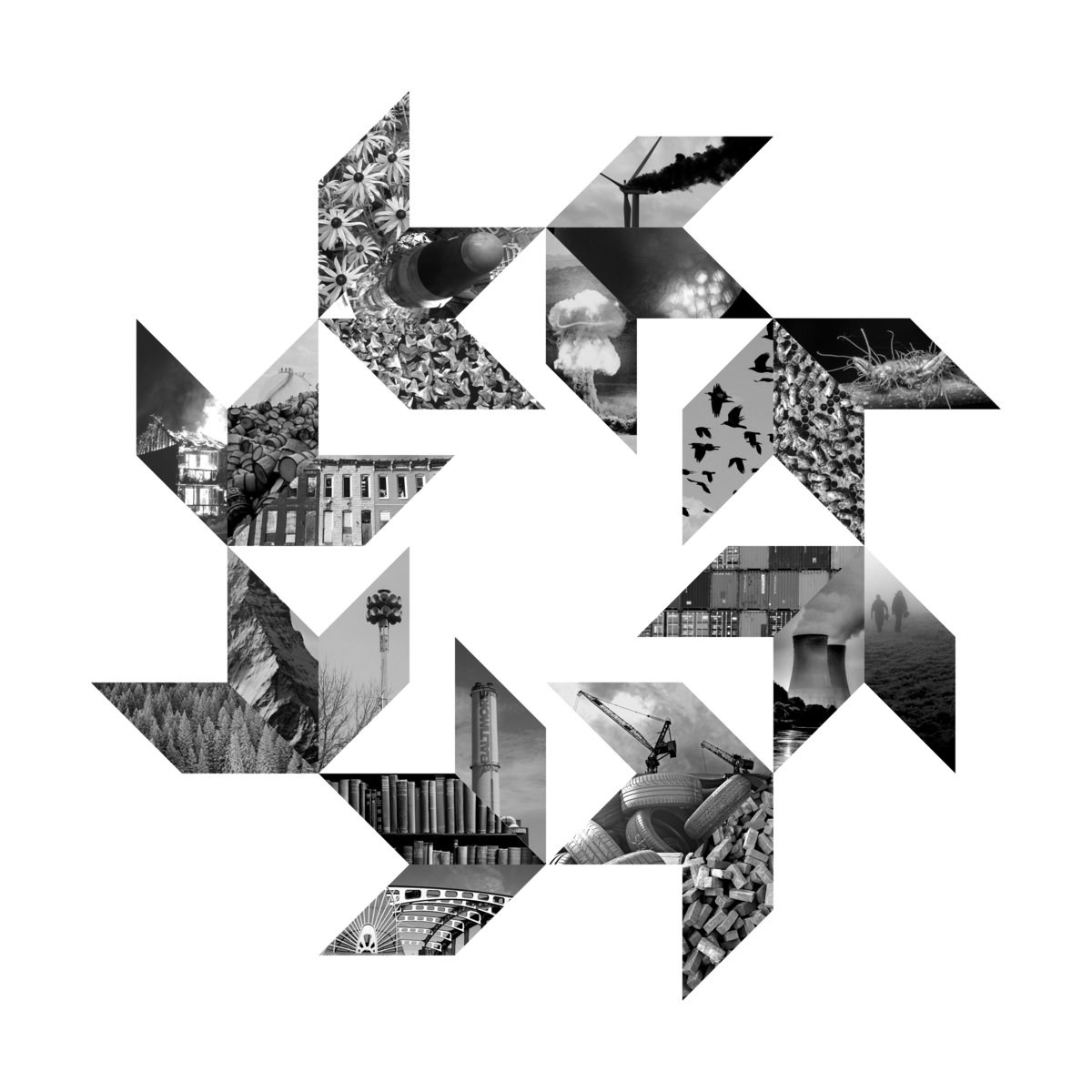 A gift of bricks from the sky delivers its message in a manner that fits its title amazingly well. A ‘gift’ of millions of bricks plunging from the nether, ramming down everything in their way.

2019 is looking great already, at least if we’re looking from the hardcore end of things. We’ve already been greeted with some fiery albums and A gift of bricks from the sky only further adds to this list. The Wind In The Trees’ debut has been released quite recently and it is indeed a sight to behold. The band has no regard for any of the conventional ways of making a record. That is great and it will become obvious as I will elaborate.

I was immediately drawn in by the artwork. It features a very neat, symmetrical, and well-balanced composure. A series of parallelograms, each with a distinct picture inside; grouped in a way that resembles leaves, all laid out in a circular fashion. This is all done in black and white. A remarkably elegant and orderly visual accompaniment, which stands in the starkest of contrast with the sounds elaborated on the album itself.

The album starts out ominously (of course) with an introductory track which, in my opinion, is basically the intro to the second track. “Sleepwalking into a burning house” sounds very much like the title suggests. It opens violently, with an unholy barrage of tormented and unintelligible shrieks, that are driven forward by a gatling gun of riffs and drum strokes. Pure, unadulterated chaos. While the latter part of the song slows down a little, things go back to barrage mode in “Death walks beside you”. Across the next four tracks nothing out of the ordinary (for what we are presented with) occurs, the mood is consistent, driving the unabridged flood of frenzied despair forward. Thus, it also fleshes out every little corner of it in excruciating detail.

“Hellbound” marks the pinnacle of the album, it is a truly shattering display. It would probably make even the most seasoned mathcore bands slack-jawed. It holds back nothing, it’s the sonic equivalent of opening the gates to Tartarus. While the first half of the album held a more grindy feeling to its layout and delivery, the latter half is markedly more hardcore tinged. All the way from “Casting shadows” to “Blinding miscalculations” we pass through an abrasive alternation between the relentless and the more toned down, so to say. Stylistically, it looks like the record is an amalgamation of grindcore elements, mathcore elements, hardcore elements, and a black metal aesthetic in production – with a sprinkle of noise on top. There is an unusual amount of emphasis on grittiness that surfaces due to this particular mix.

The Wind In The Trees have a monstrous force in their sonic output. This is visible in literally every second of the album. It feels as though, the album was specifically built to aurally obliterate everything in the way of the speakers from which it is playing. There are few acts that imbue such an authentic and unhinged energy in their work, even in this niche. A gift of bricks from the sky stands out as a powerful debut, and as one of the most hardest hitting releases of 2019 so far. Destruction never looked so divine.