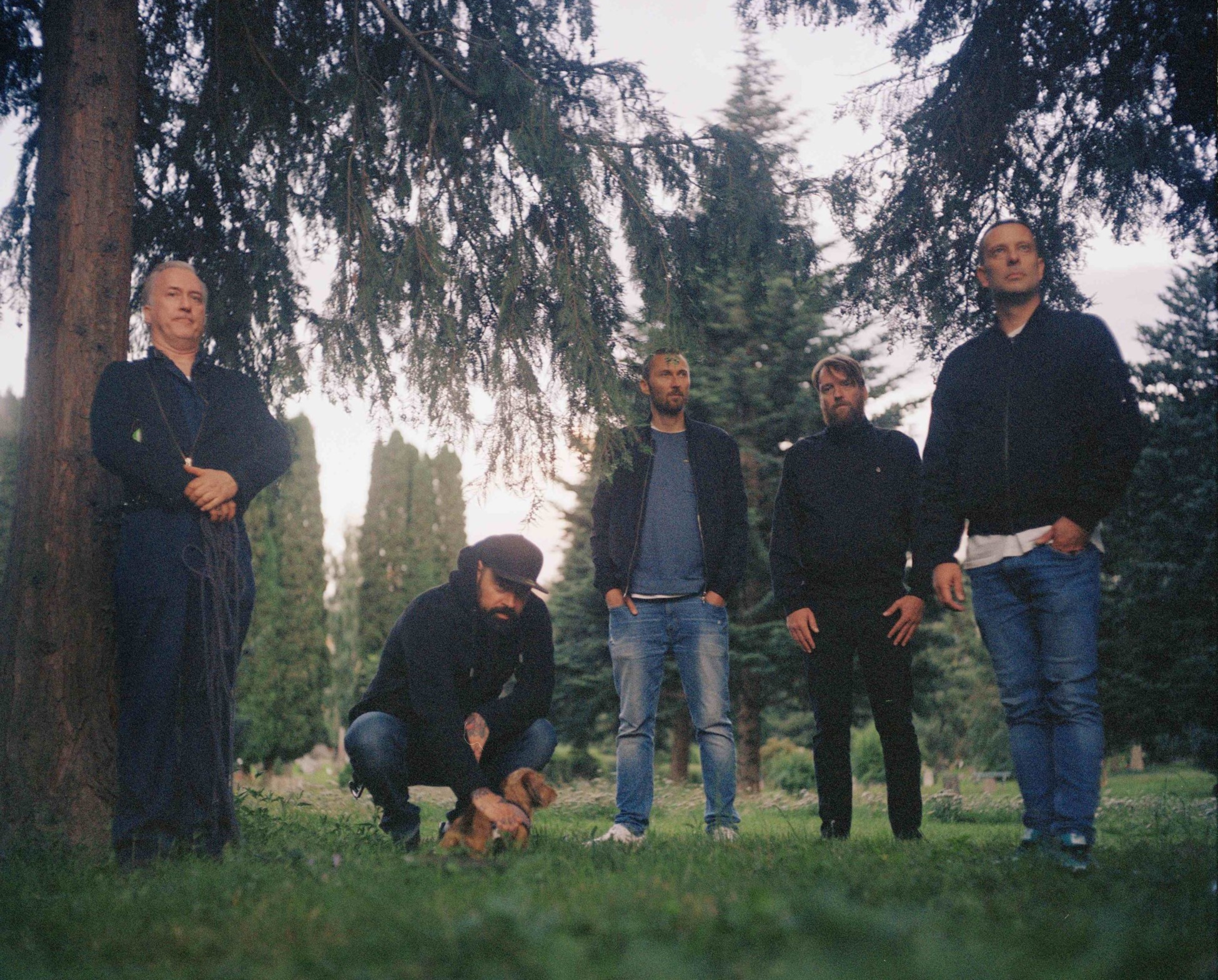 By Ashley JacobSeptember 7, 2020 No Comments

Ulver return with another well-written storybook of love, despair, and mystique.

Do we need to go all the way back to the band’s origins for this one? That’s usually what happens when people talk about Ulver in any kind of context. Well, I suppose the answer is ‘yes’ and ‘no’. In terms of musical comparison, and given the breadth of their catalog, it’s only really necessary to jump back by one album, to 2017’s The Assassination of Julius Caesar. I believe Flowers of Evil serves as an honorary sequel to that particular predecessor. It rests with equal comfort on the nuances of synth pop, effortlessly capturing glimmers of Depeche Mode, Tears for Fears, and other such 80s pioneers as if it was something the band were born to do…though veteran listeners know better.

The structure of the record is markedly straightforward. It’s comprised of eight tracks, spanning a total of 37 minutes, and contains songs of radio-friendly length, with slick groovy beats, hearty doses of electronic, and all the substance and feeling you’d come to expect from the band. By recent standards, it is Ulver to a fault. The latest musical gospel to which they abide is followed through with great devotion. If you seek bottomless intensity, delivered with a level of patience and peace of mind to allow you to soak in the richer puzzles within, then I am proud to clarify that they have done it again.

Ulver have always partly shrouded their intent in secrecy, so even though you may press for a response, you’re unlikely to get a full explanation of what this record is actually about. Snippets of context will allow you to gather your own meaning behind the music and the lyrics: such is the style of Ulver. However, I suspect that Flowers of Evil is the closest thing they have ever come to an introspective celebration of their own career, or maybe their own lives. The most glaring initial indication of this can be found in the video for “Russian Doll”, or more specifically the dancing girl wearing a shirt of the band’s debut full-length black metal album from 1994, Bergtatt.

Likewise, and using the above as a stepping stone for this theory, it’s hard to ignore the signs peppered across the record. Is it coincidence that one such song is called “Hour of the Wolf”, ‘Wolf‘ of course being ‘Ulver‘ when translated into Norwegian? Following on from this comes a track titled “Apocalypse 1993”, and 1993 just so happens to be the year that the band originally formed. Let’s skip toward the closing portion of Flowers of Evil and consider the lyrics, ‘Norway 35 years ago/Rewind the tape‘, after which comes an extremely vivid reflection of youthful days past. Suffice to say, the song is titled “Nostalgia”. Do those background guitar leads towards the end sound like howling wolves? No, I’m just being silly now.

However, jumping outside of partially grounded fan theories, the bigger picture of Flowers of Evil appears to be a narrative commenting on the current global crisis (you choose which one). It harnesses that classic blend of cultural, historical, and spiritual references that the band have always been so adept at. It seems that Ulver are as equally concerned and sombre about the state of things as any reflective artists of the modern day. It shines through in the music with unquestionable potency. One need listen no further than the first verses of the opening track, “One Last Dance” – beautifully sung by Kristoffer Rygg – for a prime example of this. As in much of Rygg’s lyrics, a story is woven. It may not be classed as poetry as such, but it’s sung in such a way as to conjure images, transport thoughts, and shift the heart towards enchanting yet wholly familiar realms. It’s the Ulver way.

Stating that this album is neither an epic spectacle or a change in direction is by no means a criticism. It just happens that we’ve gotten used to those things from Ulver. What Flowers of Evil is, is a solid output: passionate, deep, cryptic, and incredibly consistent. One gathers the feeling that in their mysterious wisdom, Ulver gave in to no kind of pressure, but simply harnessed the moods present at the time. What they retain is their aptitude for composition, their slick production, their love for storytelling, and their finely honed ability to get only and exactly what they want from music. Flowers of Evil might be your sideline, end-of-summer soundtrack, or it might be something deeper still. Whatever the case, the album rests as another document of wisdom in an already rich library. They still have it, and thanks to them for that. Your attention is theirs yet again.