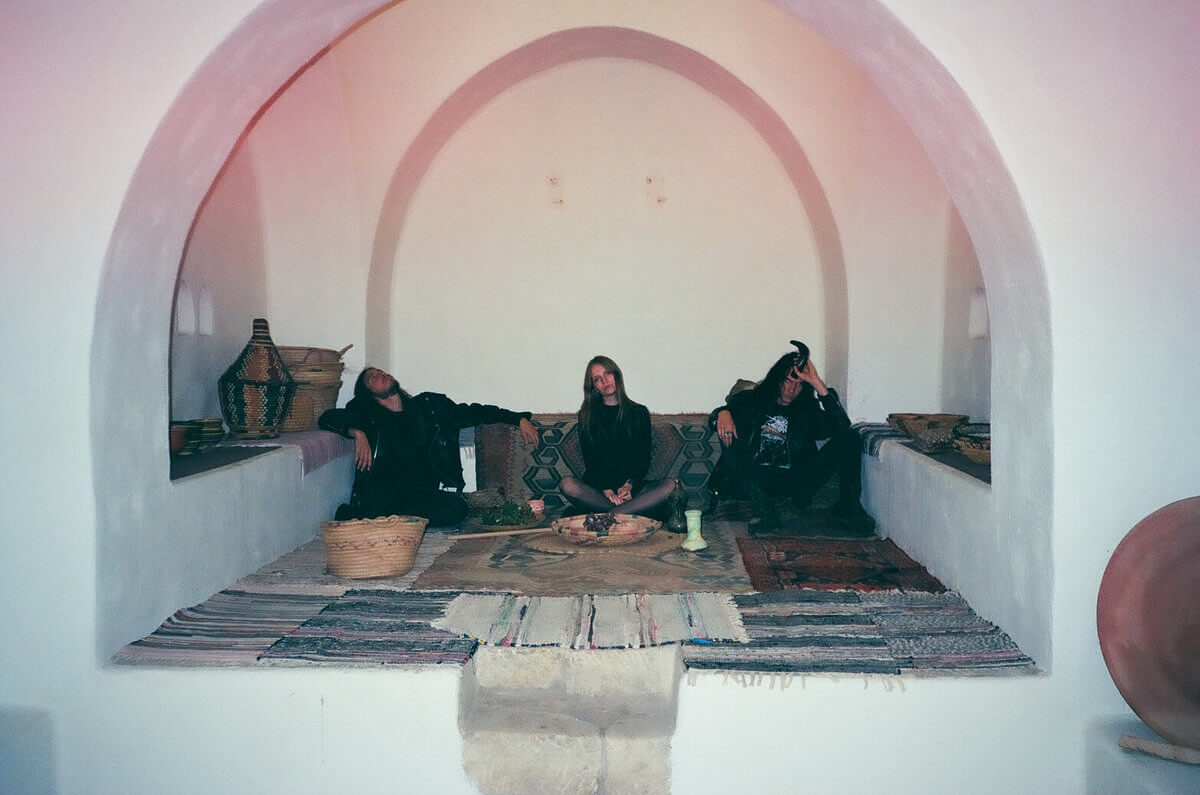 ‘Atmospheric black metal’ seems to be a bit of a loaded term these days. Traditional black metal bands want nothing to do with it, that’s for sure – but even some bands that are firmly in the ‘atmospheric’ bracket seem to shy away from this term. It almost seems to be synonymous with boring, the same old minor chords backed by blast beats and drenched in too much reverb, clean sections that are too contrasting to make any sense, and pretentious lyrics that (fortunately) no one will ever understand because the vocalist sounds like a dying cat. I’m quite partial to a bit of it, personally. I love the moods, the way the chords resolve, the overall sound of it, and the emotion behind it. Turia’s Degen van Licht is a brilliant amalgamation of these elements.

The Dutch three-piece have released two full-length albums and a handful of splits since their inception in 2014. Degen van Licht is their third studio album; the title translates to ‘sword of light’ – not really my cup of tea when it comes to album names or imagery, but this review isn’t based on that. The music is exactly my cup of tea, and that’s much more important. I’ve written about quite a few black metal releases recently, and so I was wanting to stay away from them for a bit. However, I’ve felt myself very drawn to this kind of music in the last while, and as soon as I heard the opening moments of Degen van Licht, I remembered why. The intro track, a minute and a half of guitar textures and grandiose reverb, transported me straight into a world of snow and stars, the guitars so glassy, sometimes hanging suspended like a cloud of breath, later screaming, a saw across ice. It sets the tone wonderfully for the rest of the album.

“Met Sterven Beboet” got me excited. It’s got it all: gorgeous tones, chilling clean sections, satisfying chord resolutions, pained shrieking, the classic black metal half-time drums, even a weird synth that sounds like someone throat singing. A lot of it is exactly what you’d expect, but then there are moments that had me involuntarily screwing up my face – some unexpected syncopation, a drum beat that’s almost thrash, unanticipated chromaticisms. The track gets pretty evil at points, which conjures up the cliché image of the grainy greyscale black metal forest in my head, a furiously lonesome scene that’s simultaneously so wonder-filled.

The feeling of isolation prevails throughout the album, reaching its peak during the title track. “Degen van Licht” is slower, simpler, and more restrained than the other tracks on the album. The drums keep a simple groove and the guitars are both tremolo-picked, playing a melody that is so modest, but so sad. My mind becomes totally quiet every time I hear this track, soaking in the solitude, in the lonely, icy world Turia have created. A mournful trumpet breaks me out of my isolated contemplation, crying out across a brief, open clean section before the track draws to a close.

Degen van Licht is so strongly cohesive it seems odd to even break it down into tracks. The atmosphere is consistently chilling; all the tracks fit together without once breaking the mood, but at the same time they never become interchangeable. “Storm”, for example, is similar to “Degen van Licht” in that it’s melody-based, but it’s a completely different feel, in three rather than four, and it allows brief moments of warmth into the intense cold. Moments like that when, for a brief moment in time, the snowy landscape in my mind sparkles gold in the light of the setting sun before clouds choke it out once more, are rare on this album, which makes them all the more refreshing.

On the dreamy interlude track “II”, Turia create a harrowing, yet strangely comfortable bubble-world to rest in for a minute. Cradled in warm, delayed guitars and a single drum that becomes a hibernating heartbeat, I feel like I’m shuffling dazed through the forest, so exhausted that everything is distorting and nothing feels real, all the trees wavering, everything bathed in shades of colours that don’t exist. A river flowing slowly, ice floes, stars, the sun setting for the last time. Making a bed in the warm snow. And then nothing.

But it’s not over yet. “Ossifrage” is surprisingly pleasant for a song so filled with pain and loneliness. It’s another one of those songs that makes my mind shut out all thoughts until it reaches its agonisingly understated end. The vocals on this song in particular are so wondrously tortured, as if the singer was splitting their soul open. It’s a great conclusion to a great album. I take my metaphorical hat off to Turia – they have hit the evasive atmospheric black metal nail on the head with Degen van Licht.