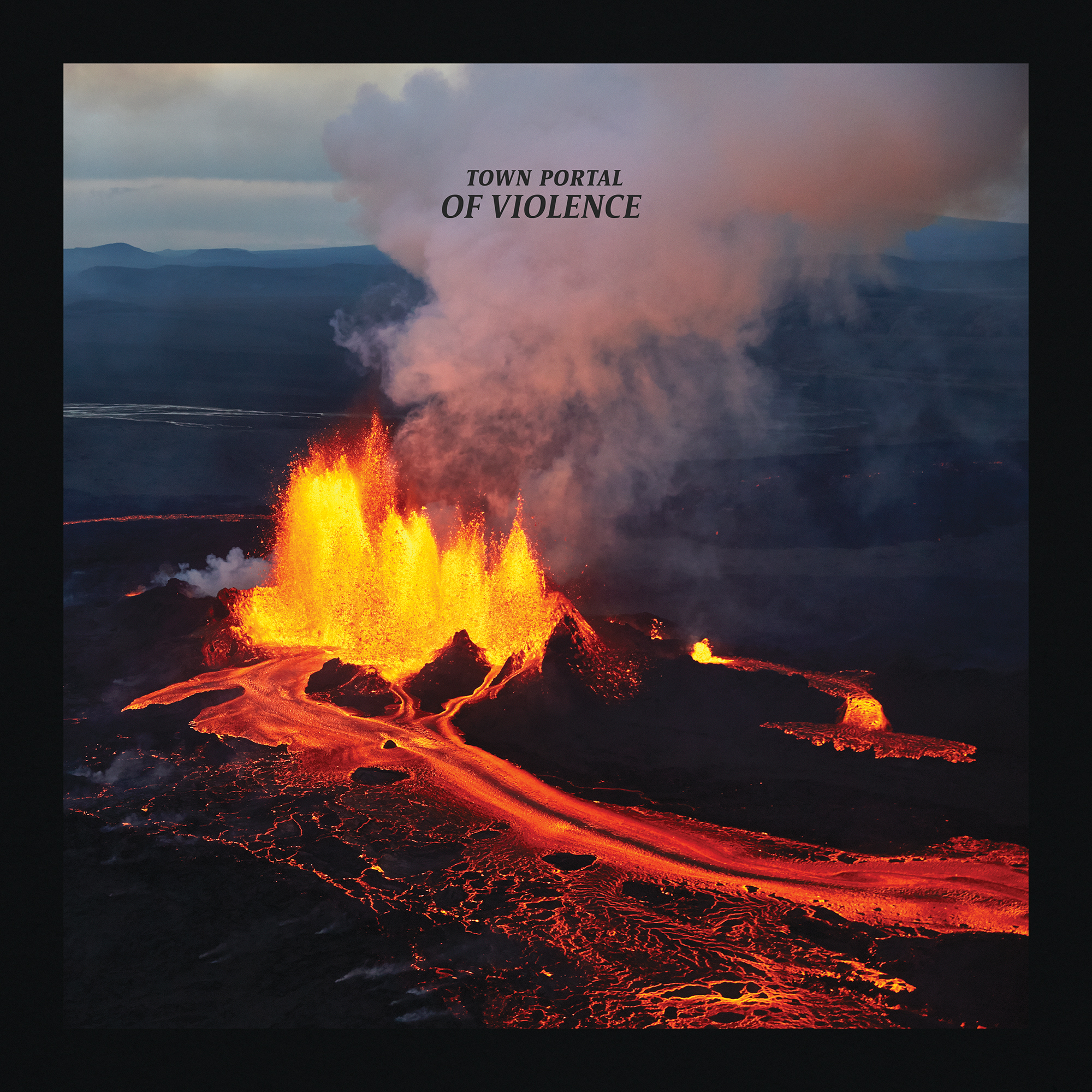 By David RodriguezMarch 29, 2019 No Comments

Feeling down and out? Cast Town Portal into your ears and let its unique blend of atmosphere and strong tones pick you up.

If you’re not familiar with what a town portal is, you probably don’t play many RPGs. That’s fine! All you gotta know is that it’s generally a portal to safety, to a refuge away from the chaos in your normal activities. Life is hectic, so any time I encounter music that can be my portal to another place, I take it up on its offer. Enter Town Portal the band, a trio from Denmark that deals in a special mix of progressive, sludge, and post-metal with a little math rock playfulness. They definitely whisked me off to a nice place sonically with Of Violence, and I wanted to send a postcard to y’all to show you what it’s like.

I don’t want to throw out all my adjectives on one paragraph, but damn, the tone of the music here is so beefy, robust, and meaty. Guitar tones are brolic and sturdy, drums are crispy and clean, and the ambient accouterments here are lovely garnish. It really just sounds amazing and very well produced. Some of the most exemplary moments of their sound can be found in “Archright”. It’s a fierce track that has a lot of layers to peel back. Washy, wobbly guitar tones clash with thick, almost sludgy ones. They alternate nicely, using the washy style to create an instrumental hook of sorts while the denser ones make for high-powered verse-like measures. This is a dynamic you get throughout much of the album. A lot of energy is expended in this song, making following tracks more of a rest to build back up that spent energy only to use it again.

That doesn’t make them boring though! Just check out the lush “Veyshnorians”. The atmosphere in the beginning is serene, drowning out any audible noise in a cavernous use of reverb and echo. Those washy guitars are more prominent here and the bass is often in lockstep with them. Repetitive melodies really burrow into your head and stay for quite a while. This song transports you within the gentle surf of a moderate day on a California beach, the sun shining just hard enough for you to notice, sand gritty on your body. A ‘post-‘ label of some sort would be apt here, but where a lot of post- music can be read as sad or forlorn, Town Portal‘s take is rather calming and subdued at times. It’s things like the inclusion of a trumpet hanging in the back of “Roko’s Basilisk” that make this mood even more palpable.

That’s where it hits the hardest or, rather, the lightest. It’s kind of like focusing on relaxing your body. For all my fellow tense people in the audience, it takes work to loosen yourself up, and if you put in a similar effort with Of Violence and allow yourself to feel the music move through you in a meditative manner, it’s rewarding. The album has tempo hills and dips like most other music, but these can be read as energies you’re meant to identify with. It’s fitting, then, that the last track, “Vanitas”, ends not with a bang, but a whimper as far as speed and energy is concerned, as if laying your body back down in nature gently after taking you for a ride. It’s an almost affectionate end to a busy 42 minutes.

As time went on, I started to realize that Town Portal tend to only warp me back and forth between increasingly familiar territory. Songs kind of blur together at points; you can lose yourself in the tracklist, and so on. It’s all pretty great stuff, so it seems like a petty complaint to make, but I was most happy when the band would break from their admittedly rock solid sound and mix it up a bit. On the other side of that, Of Violence also has moments where you may think that it’s an album that presents a couple great ideas really well, rather than presenting many ideas well.

You can look at it as an issue of quality over quantity and excuse any shortcomings this record might have. The stuff on Of Violence is effective, dense, and smartly fun. As long as it does what it chooses to do well, that’s all I can ask. Town Portal should be in your inventory for the early spring months as they’re a wonderful soundtrack to welcome back the warmer weather.