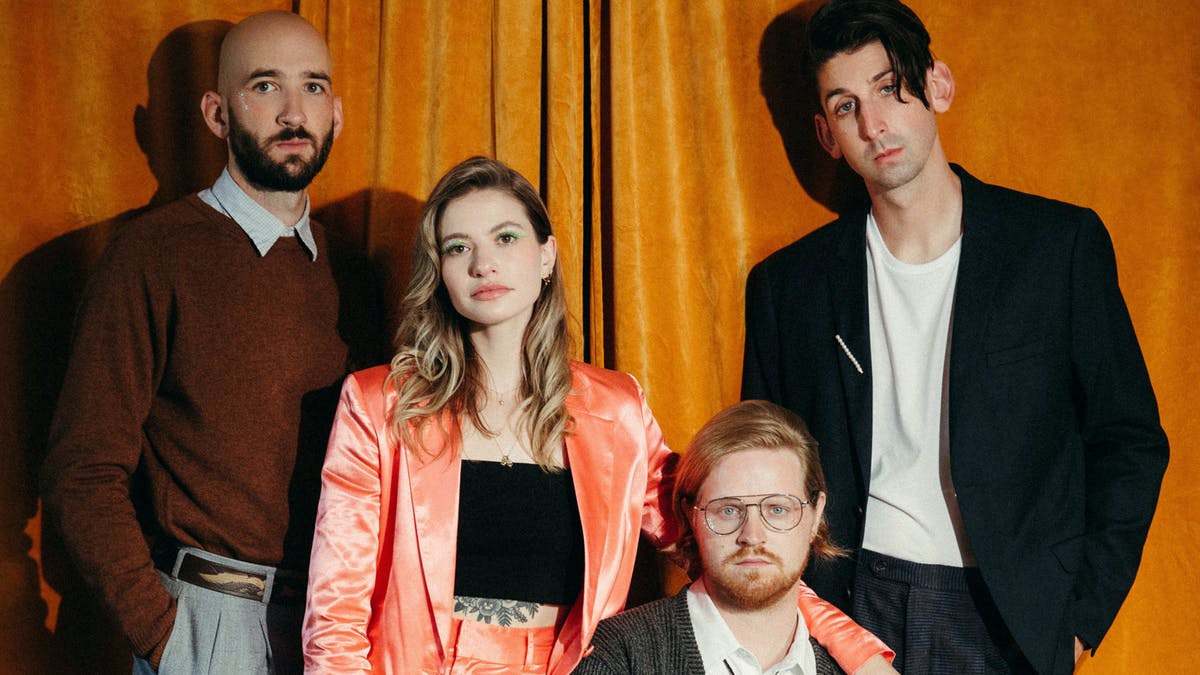 Tigers Jaw – “I Won’t Care How You Remember Me”

I Won’t Care How You Remember Me is Tigers Jaw at their most confident and uncompromising. Unsurprisingly, it also sees them at their very best.

I cannot tell you just how excited I have been for this album. Tigers Jaw might just be my favorite band of all time, and their music has been the backbone of my daily life for a long time. Anytime an artist you hold in such reverence is set to release new music, it’s a bittersweet feeling. On one hand, you’re getting new Tigers Jaw, and that’s incredibly cool; on the other hand, though, what if this is finally the album they slip up on? I know I can’t be alone in approaching albums this way, so let me tell you at the jump – you should have no fear going into I Won’t Care How You Remember Me.

Tigers Jaw is a group that I feel is really enigmatic in their approach, and it makes them hard to pin down. I think that is also one of my favorite things about them. They flirt around between pop punk, emo, and alternative rock with an infectious energy pushing the sound forward. There isn’t much to find in the layers of this band – some incredibly catchy guitars, pounding yet crystal-clear drums, criminally underrated rock bass lines, and the harmonizing keys and vocals of Brianna Collins give you everything that Tigers Jaw is. The main evolution of their sound has been simply getting more confident in their approach. I think that build in confidence is also what has led to Collins taking over lead vocal responsibility on more tracks over the years as well.

I Won’t Care How You Remember Me really wears its name at the forefront of this sound. This is the same band we’ve been jamming for years now, and it feels like they are comfortably complacent in being just that. This group is here to channel their hearts and minds into a musical catharsis without compromising to be what anyone else wants them to be; they do so with incredibly deft songwriting that sticks in your head both through catchy grooves and impactful lyricism. They channel such amazing energy and it’s hard to put a name to it, but it makes you want to sing along and nod your head but also isolate yourself and get lost in old memories with people who aren’t in your life anymore. Tigers Jaw has shown their songwriting abilities in the past, and I just don’t understand how they can be on their sixth studio album and still feel so fresh.

“Body Language” has ended up being one of my favorite songs on the album, and I think it is one of the best examples of the band feeling so great still. It takes off with a pretty straightforward riff and a bass groove that feels laser-focused and lackadaisical all at once. You immediately want to move around to it, and I listened to it on repeat until I knew all the words and could sing along to it in my car until my lungs burn. If you took the lyrics away from it, it sounds like it could be an anthemic track in a ’90s movie where the main character is skateboarding down the street with his hat on backwards landing gnarly tricks to impress his peers. Then the lyrics come into play, at which point the entire song becomes an amalgam of elements that make you feel a million different things: ‘You’re a part of me that I can’t live without/ How I used to memorize your movements/ Now I can’t pick you out of a crowd.‘ All of these elements of the song are so impactful, and then the last minute of it has to steal the show with a damn beautiful western-tinged solo accentuated by plinky keys. It slows down for the last lick before the whole band fades out on a single note, and I can’t get enough of it.

While most of this album is undeniably instantly recognizable as Tigers Jaw, there are a couple slight curveballs in it that are really nice. “Commit” sees a slight difference to their usual formula. Collins takes lead vocal duty here, but Ben Walsh provides her the back-up vocal harmony that she usually delivers. It’s a nice switch, and the song itself takes on a pop-rock tinged sound that is airy and bright. “New Detroit” has an opposite feeling, as the scratchy distortion of the guitar intro feels instantly reminiscent of Belongs to the Dead, the band’s darling debut from what feels like a lifetime ago. They have gone through some personnel changes since then, including the few years where the band was nothing but Walsh and Collins. It’s really neat that they still have that same sense of poppy, punky rock but have just refined it so much.

I’ve talked a lot about why I love a handful of the tracks on this album, but “Never Wanted To” might be my favorite track from I Won’t Care How You Remember Me on relatability alone. ‘There’s a reason I don’t think straight/ I get distracted by my own design‘ – that line stung to hear the first time because oh man, do I ever get that feeling. It doesn’t help when the very next phrase is ‘There’s an aching in my back/ There’s a reason I don’t stand up straight‘. They go on to explain this second line as walking hunched to blend in and look down at life like everyone else. For me, I have a slight case of scoliosis and have constant back pain and a slight hunch, so that one-two from this song had me feeling personally attacked. ‘You see my heaven but I feel my hell creeping in‘. This is the last one from this song I want to pull. Dealing with mental health issues is tough as can be, and I go through a lot of mood shifts because of mine. This one song managed to hit so many little personal touches to my own life that it feels like something I could have written the lyrics to myself. The whole back half of the song is another soulful, western/Americana-tinged solo similar to “Body Language” followed by one last chorus, and it is near perfection.

I could keep talking about this album and how wonderful it is for the rest of the day. Out of fear of boring you, I feel like I have said enough to draw a conclusion. This album is so incredibly good and knocked my desires for new Tigers Jaw songs out of the ballpark. If you are a fan of the band, you are in for one hell of a treat! If this is your first introduction to this wonderful band, welcome to the cool kid club. You couldn’t have picked a better album to hop on board with. I can’t think of many bands that nailed a style so well and have stuck with it so successfully for a decade and a half, so hats off to Tigers Jaw for continuing to be as cool and consistent as can be.