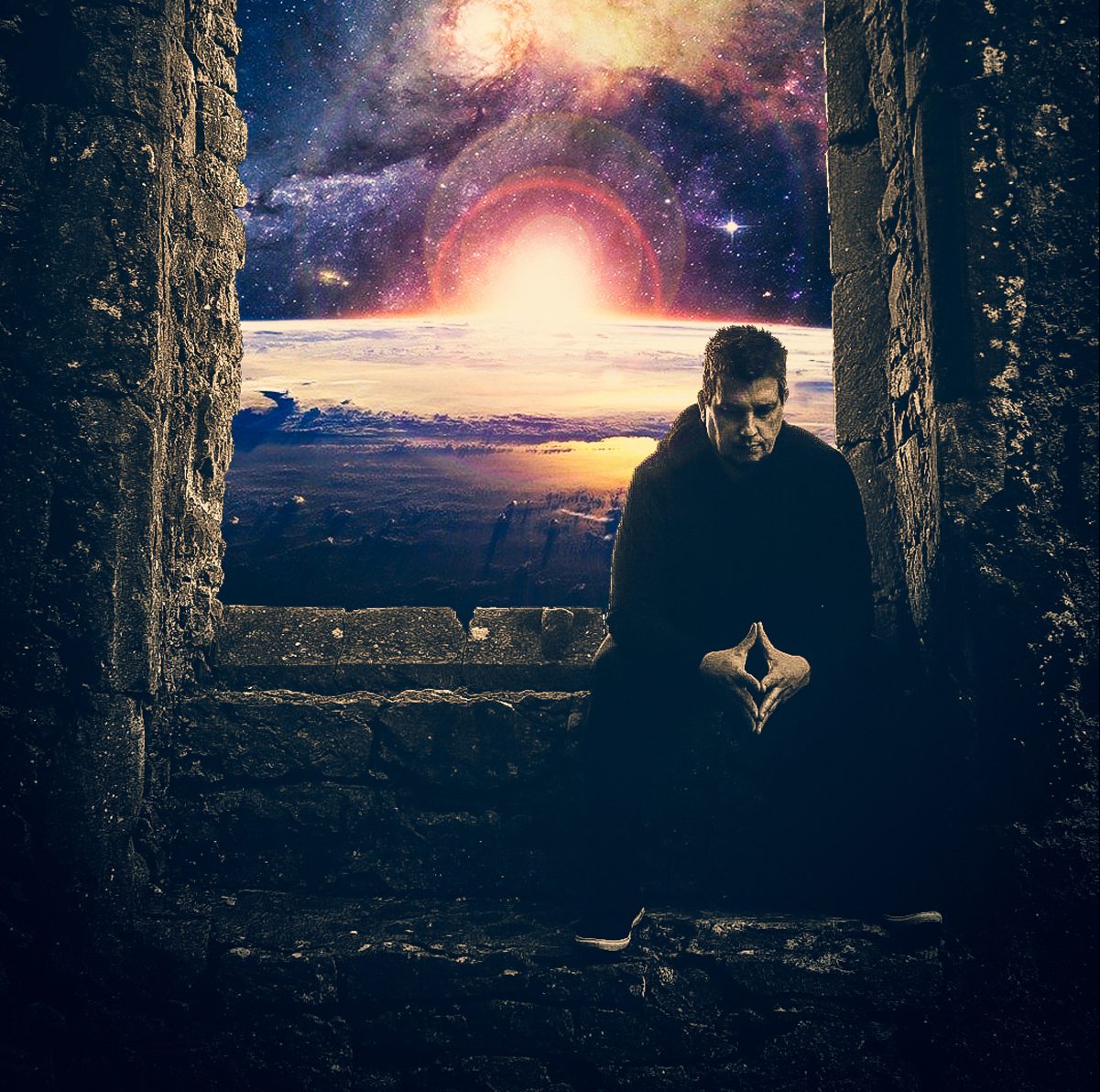 How will you accept death? Extinction Level Event presents some philosophical food for thought alongside awesomely compelling, skillful prog metal.

Me and The Vicious Head Society go back. Not in any personal way – you can consider this review just as impartial as my others – but the prog metal project headed by guitarist Graham Keane was one of the first bands I wrote about for our Weekly Featured Artist feature in 2017. As I close in on finishing my fourth year with this site, it’s pretty fitting that I celebrate a bit early by reviewing the next album by the band that helped me establish myself as someone that does… this, and boy has it been a while in the making.

I guess four years between albums isn’t that long in the bigger picture, but as a fan I’ve literally watched Keane work for those four grueling years harder than I think I’ve seen anyone else work toward a body of work, or at least as publicly as he has. His social media presence is as endearing as it is transparent, asking fans for specific advice, what they’d like to see (hear) in the music, things regarding its inevitable release, providing details – both positive and negative – on progress and the general outlook of things, and, of course, some regular videos of him workshopping some tasty riffs. It allowed you as a fan to become invested, cheering for every hurdle leapt over, and wincing for the roadblocks that presented themselves, as they tend do to.

Good, then, that while the final product, Extinction Level Event, may paint a picture of our grand destruction in plot, it also paints one of rousing success and growth for Keane and his collaborators.

It’s been a while since I had listened to TVHS‘s debut, Abject Tomorrow, and as such memories were fading. After basking in the mushroom cloud-induced light of Extinction Level Event, I went back to the previous album to confirm what I had already felt in my own vicious head: this album fucking kills, and is a big step up from older material. Starting with the very first track, the eponymous song of the album is a ten-minute instrumental track, something that is bold enough on its own, but uses drama to set the tone early on, much like the opening credits of a disaster film. No words are spoken, but you get an idea of the stakes and what’s at play from the sights and elements in your view. Atmospheric keys, striking violins, thick-ass guitars with fervent solos, and more seem to show our world during its last moments of peace before the story sets in, which follows seven people as they come to terms with the end.

Nathan Maxx returns from Abject Tomorrow as our primary vocalist here and together with a dedicated harsh vocalist in Andy Ennis (Overoth), they carry the immense task of narrating the story and embodying the characters throughout the album’s 61 minutes. It’s a plot that gets surprisingly weighty at times, causing emotions and thoughts to stir within myself: how would I feel upon realizing the reality of the coming end? Would I see it as potential for freedom like the protagonist in “Solipsism”, or count my regrets in between the fear like our lead does in “The Signal”? It’s moments like that, ones that are relegated to fantasy and fiction – for now – that are the most telling of us.

The music itself relates to the open-endedness implied by those questions. As it’s easy to fall apart as the world does so, there’s music that mirrors that doom and dread. “Throes of Despair” is a particular standout; as it lyrically sees someone beckon to a now emotionally distant lover to lay with them as the world ends, the instrumentation staggers its melodies to slightly reflect the unease of that moment, flanked by classic ’80s-styled synthesizers and tough industrial elements in the back. Meanwhile, you’re also treated to moments like the instrumental break in the middle of “Judgement”, which has some West Asian flair to its melody as someone battles with inner demons of sorts, and their own sanity after losing the light of the sun, literally and figuratively.

If you asked what my favorite song from Abject Tomorrow was, I’d likely say “Psychedelic Torture Trip“, which was a wildly entertaining instrumental track that fried your brain like an egg with searing guitars and melted synth work. I’m glad to report that it has an equal here with “YP138”. It is, thematically to me, the cataclysm of the story – the moment the ground splits apart, when the ocean waves overtake entire cities, volcanoes belch out metric tons of lava miles away in all directions, or the impact of a meteor that breaks the earth open like a Kinder egg. It’s a frantic track, slathered in synths and utilizing “Flight of the Bumblebee“-esque piano lines to really crank that anxiety up before guitar riffs shift the mood back to a more tenable state (then join the anxiety later). It’s a struggle between order and chaos that also manages to house great demo reel moments for all performers involved without getting too showy which is always a risk of epic prog such as this.

The crowning achievement though is easily “Hymn of Creation”, the final track that closes us out. It’s a culmination of everything heard so far, and more. Both vocalists trade off parts as we’ve heard prior, the synths and guitars really shine here, the drums are slow and deliberate to signify finality, and other elements are peppered in as a sort of apocalyptical curtain call. The best part though, and the great emotional payoff of the story, is in the middle when you hear a number of voices in various languages saying goodbye, bidding farewell to others, no one, and everyone all at once. I remember a year or two ago when Keane was giving fans an opportunity to record a little passage like this for a chance to appear in the album and hearing the final product at the end before you hear the reverberation of a massive explosion of some sort is powerful as hell. A dark ending for what is ultimately a dark album, but an incredible finale all the same.

Even as “On a Silver Thread” more directly addresses potential causes of the cataclysm (environmental vengeance through decades of abuse, as will likely be our own demise), the actual extinction level event isn’t explicitly ever given a name, but rather many descriptions and symptoms are made apparent with the lyrics and, if you’re so inclined, the music itself. Hell, the cover art even seems to read as a reference to 1968’s Planet of the Apes. The album’s theme is simply the end, by any means necessary, influenced partly by Keane’s childhood fear of nuclear war which also helps contextualize some of its more classical prog leanings with the synths. Luckily here, the only fallout we get is resonation of the music. I consider it marks more approachable and entertaining than a lot of other virtuosic prog metal that tend to repel more casual audiences, but we still get to see the breadth of skill in Keane’s guitar work as well as the rest of his pals.

In portraying the end, there’s a lot of angles you can come from. Extinction Level Event seems to touch lightly on most of them. We get earth-cracking growled vocals, ethereal guitar and synth passages that hint at a feeling of hope, and dramatic orchestral elements with pounding drums to get the suspense going. Its more anthropological approach to the story, showing how several people process the inevitable – the spiritual, the doomed, the remorseful – all present interesting facets to lock onto and consider more deeply. Doesn’t hurt that the music shreds as well, but in a tasteful manner that shows a grand maturation of Keane’s vision and skill. This is one of those albums that makes you excited for the future, even if the album itself robs you of that future with its story. Take a listen, before you can’t anymore – there’s no Spotify in the void.