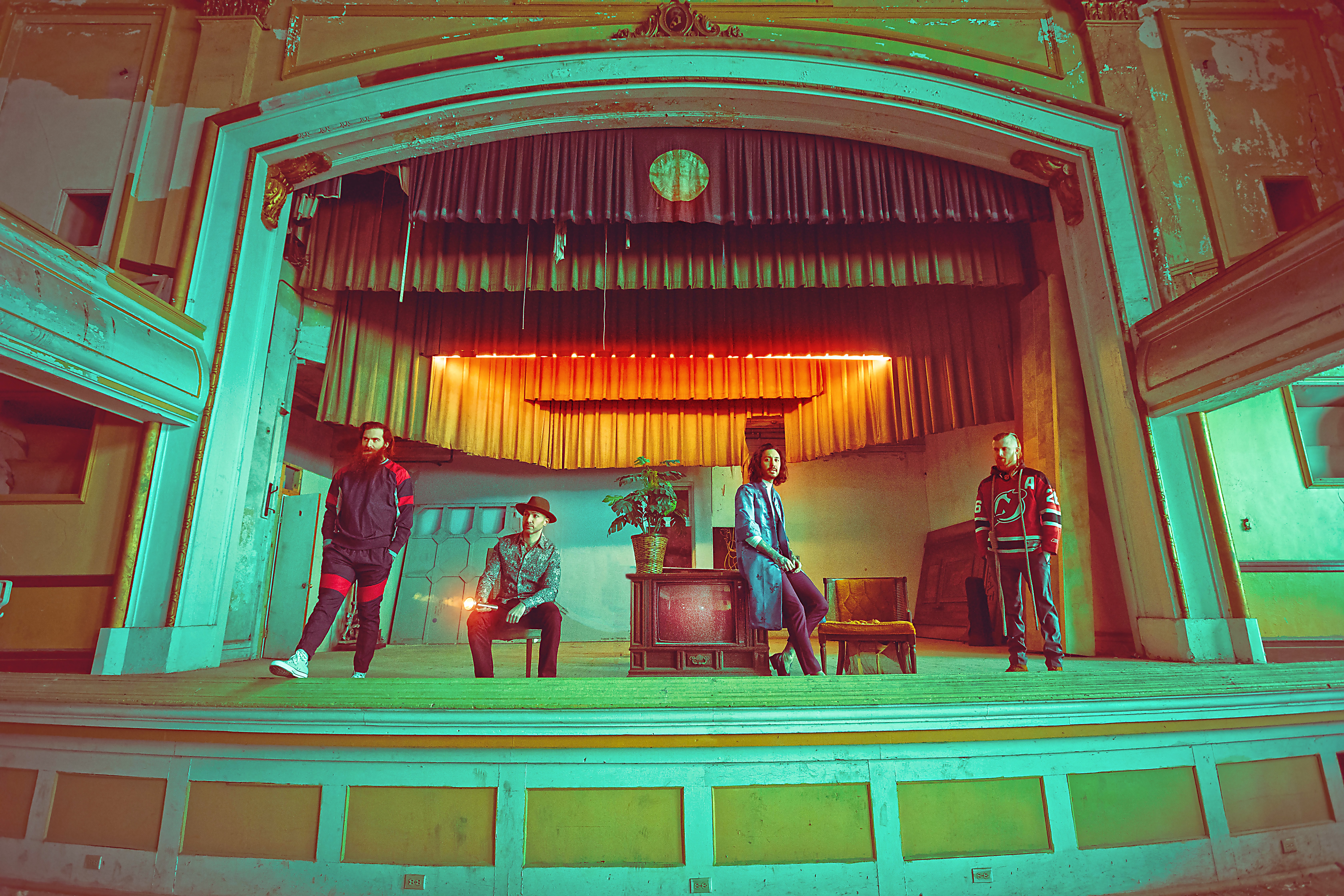 By Robert MiklosSeptember 13, 2019 No Comments

After a decade of silence, one of the hottest acts in mathcore is back. Wild Gods is the sequel we’ve all been waiting for, and easily the band’s finest work to date.

The Number Twelve Looks Like You require basically no introduction at this point. The band have gathered quite a devoted following right from the very beginning, and became an established act with the success of Mongrel in 2007. Right around the beginning of this decade, they broke up due to internal issues; it was quite an unfortunate turn of events. However, they have reunited about three years ago to play a series of tours. Now, they grace us with their fifth full-length, over ten years after their latest album. Wild Gods is every bit as amazing as anyone could expect – and then some more.

Maintaining a similar recipe of mad genre-bending, the band further explore the realms which sprout from their ingenious mix of various musical styles. Mostly drawing from (but not limited to) mathcore, fusion jazz, and screamo, there is no shortage of dynamics and rich nuance in the present mix. While this blend may ring some bells for fans of The Number Twelve Looks Like You‘s older material, I’d like to note that there is a mountain of fresh life intricately woven in the fabric of Wild Gods. Overall, the feeling of the album is quite similar to previous releases, yet it manages to make the ‘core’ parts more aggressive, the jazzy parts smoother, and give everything an added atmospheric layer that beautifully fleshes out the spaces in between. This atmospheric tinge pops out quite nicely on the intro sequence of “Ruin the Smile”. The fact that the whole affair comes together in a more cohesive fashion is also a noteworthy aspect.

The flow of the album is incredibly streamlined, considering the amount of distinct sonic flavors present. It bears a vague resemblance to the way Follow the White Rabbit and NERVES plot their courses, and I absolutely love that. The album feels like a trip on a roller-coaster that passes through several cities, a series of caverns, and a couple of mountains as well, jolting one’s senses through a myriad of soundscapes in a short amount of time. Somehow this is executed with the elegance of a brisk walk through an enchanting glen at the same time. A veritable achievement in terms of eclectic phrasing, to say the least. Speaking of which, I feel that “Of Fear” perfectly encapsulates the course of the entire record within its runtime, offering a succinct yet emblematic epitome of the events that unfurl on Wild Gods.

But what really makes all the diversity and the unique character of each song shine is the unreservedly sterling production value. Even when chaos ensues at a staggering degree, every little crunch and increment is perfectly articulated and placed in the sonic space. Just as such, when things are heading in the way of a more ambient texture, every layer rests gracefully in its own reverb-drenched beauty. The ebb and flow of every segment is thus adroitly facilitated by how each layer is mangled into place.

With Wild Gods, The Number Twelve Looks Like You have crafted a veritable masterpiece. Experimental hardcore (for the lack of a better genre umbrella term) is a magnificent place, full of wonders that are still waiting to be discovered by brave hunters of soundscapes. Wild Gods is easily one of the finest albums within this niche, and a splendid musical work in its own right across the whole spectrum of sounds it covers. I rarely find myself throwing around such words in the way of a musical piece; however, whenever I do find myself doing this, it is with the utmost joy, because whatever I just heard will stick with me for a long long time. I hope we all hear more from this amazing band.