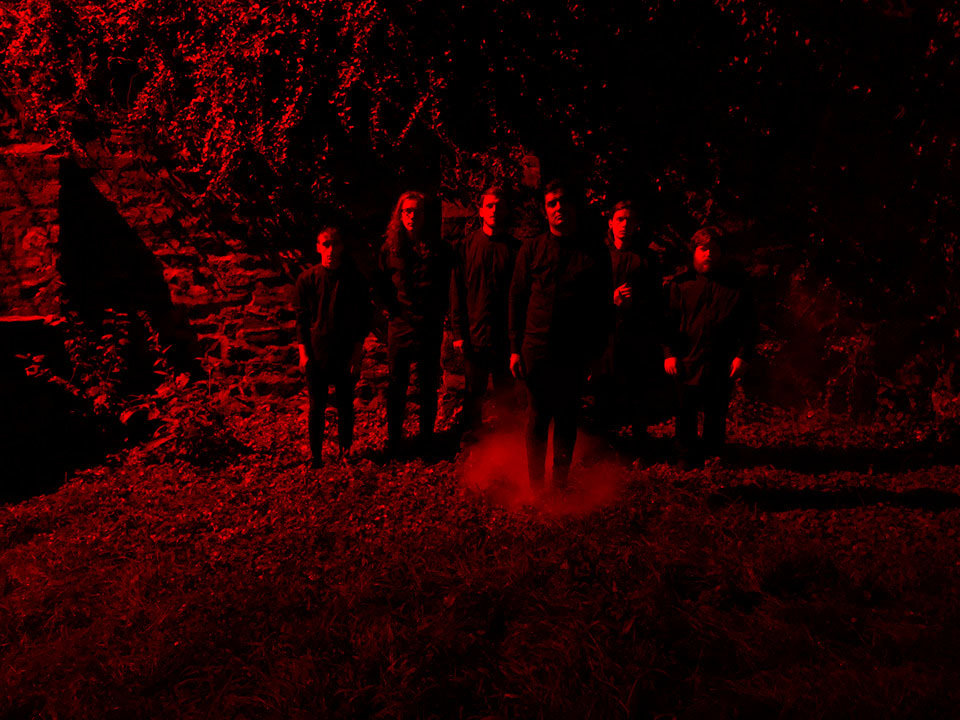 meth. are no mere antic on their extremely gloomy and ghastly noisy debut full-length Mother of Red Light.

I’ll try my best to steer clear of all the dad jokes about how I love meth so much; although the puns are plentiful and infectious, there is nothing funny or laughable about the band or their newest effort, Mother of Red Light. Uniting elements from a wide variety of genres, meth. are, at their best, a gripping and rousing experience. It’s like you threw twisted mathcore, grindcore, noise, and experimentalism into a pan, gave it a good stir, then forgot it on the furnace for few hours – and voilà.

Being musically multilateral and having chameleon characteristics isn’t the simplest task to pull off cleanly. Even though meth. trip on their own brilliance few times along the way, Mother of Red Light is an example of art exceeding in being more than a sum of its parts. The moods change from disturbing to suffocating and eventually liberating, staying utterly fascinating almost all the way through. Given that the album takes some strong ass muscles to sit through, there’s surely a lot to deal with, and the listener won’t be left unsatisfied.

As a whole, the album is far from easy. There’s a sense of immediacy and abruptness that might feel disconcerting at first, something that’s very prevalent right from the beginning. The opening pair, “Failure” and “Child of God”, unveil a thoughtful and peculiar band that has taken some pretty big leaps compared to their earlier works – the writing is more interesting, the song structures are more complex, and the overall feeling is simply more matured and serious. Taking its sweet time to open up, the first track is an immersive, cacophonous mixture that seems to grow and shift all the time, conjoining with the second one seamlessly. Proceeding at a steadier and less ‘artistic’ pace, “Child of God” starts a string of pummeling tracks that will probably make your body bleed various fluids inconspicuously. The suspense is immaculate, and doesn’t really abate until the seventh track, “Psalm of Life”. And even then, the tension just changes to a different angle, not letting you drift off anywhere.

While the earlier tracks such as “Swallowed Conscience”, “Inbred”, and “Cold Prayers” offer some exceptional musicality to obsess over, the final few tracks lift the band’s output to new heights. The aforementioned “Psalm of Life” is a haunting and mesmerizing opus, building on low-gain guitar tones, noise, and weird samples, until collapsing into itself after seven minutes. “Return Me (My Body)” introduces breaths of chaotic hardcore and dissonant death metal. This track is easily the heaviest and most powerful one on the album, clutching the listener’s body and inflicting compulsive twitches and emotions of pure delight on them. Final track “The Walls, They Whisper” is an eleven-minute opus starting with abrasive tones, then moving on to five minutes of harsh noise before serving the last hammering and discordant section, bringing the album to a stylistically fitting end.

To expand on the few cosmetic flaws on it, the album’s severe and hard-pressed atmosphere makes it difficult to digest at times. It requires your full attention not to get lost in its dismal vortex of unexpected turns. meth. are breaking new ground for themselves, but that ground is certainly not for everyone to explore. If you’re willing to take on this Goliath of an album though, it’ll most likely be rewarding in the end. To say the least, the good moments greatly surpass all the doubts and whining on my part, making Mother of Red Light one of the most effective and proficient albums in recent memory.