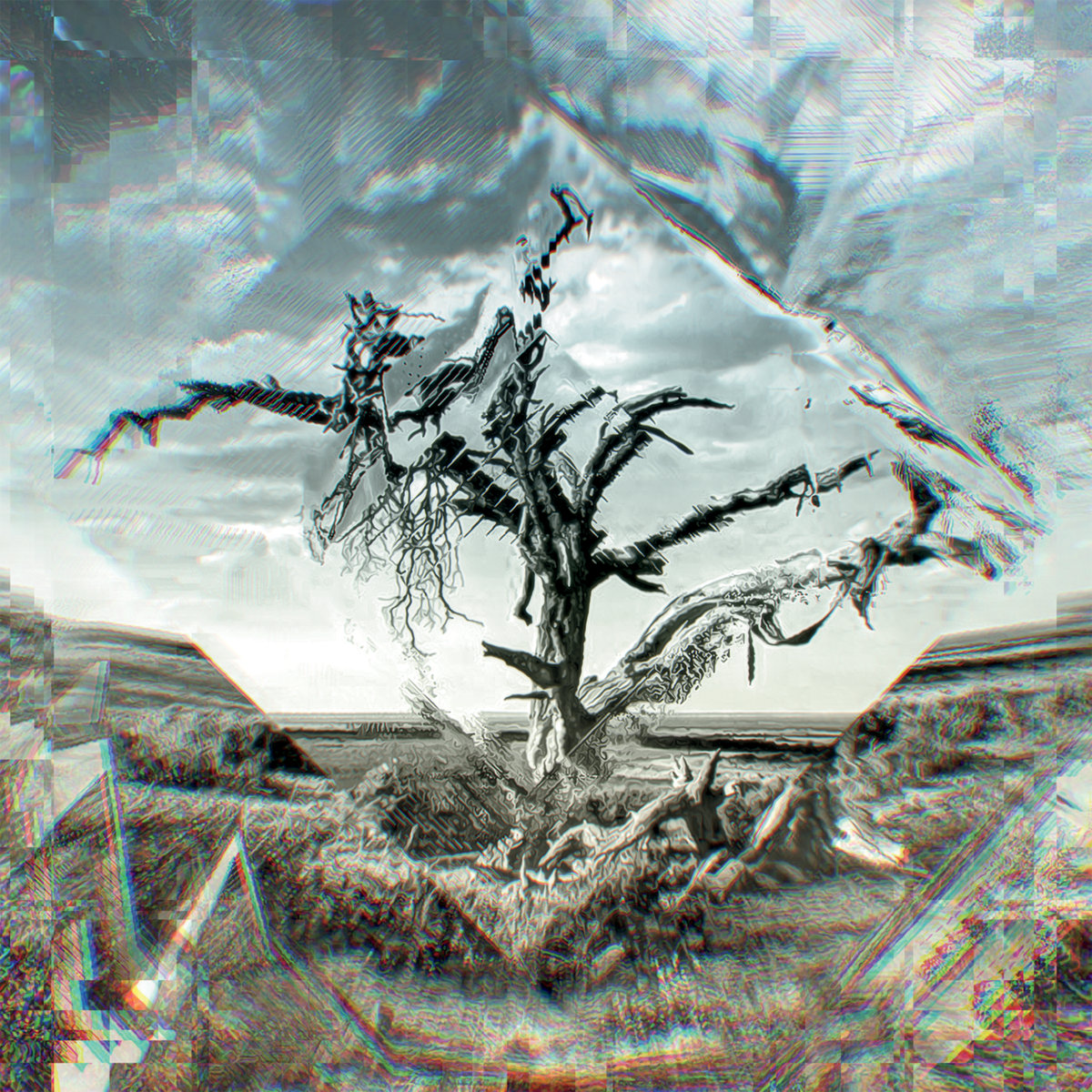 There is something very harmonious about the matrimony between The Mercury Tree and Cryptic Ruse. Even before this collaboration came to pass, it would have been easy to box them into the same category of hard experimental prog rock. So perhaps this record was a predestined musical event. One way or another, it makes perfect sense, unpredictable mad sense.

The Mercury Tree‘s last record, 2016’s Permutations, was arguably their best work to date. And in this new release, they have the otherworldly might of Igliashon Jones, aka Cryptic Ruse/City of the Asleep, to add to their team. Jones contributes additional guitar and synths to the three-man ensemble of Mercury Tree. But in terms of style, he seems to provide a spiky edge to The Mercury Tree‘s delve into the experimental. A song by The Mercury Tree is like a winding, but well structured roller-coaster. And Cryptic Ruse has added a few extra twists in the track, a few uncertain jolts and the occasional downward spiral into the cloudy phantasmagorical abyss.

From the computerized noise dump intro and into the opening mildly discordant melody of “Change All Your Passwords”, the tone is set. And from there on the song slides in between the patiently unsettling and the outright chaotic. It’s an intense opener to the five track record. It behaves like a straight prog tune for the better part, but also consistently reminds us that all is not quite as it should be in Cryptic Tree world.

The low end Cryptic Ruse influence is ever more apparent in the second track “Huntress”, and the method by which it utilizes the Mercury Tree school of songwriting is virtually seamless. I get these strange snippets of Deftones crossed with Meshuggah‘s Catch Thirty Three. But the overall sheen is neither of these things, and yet a whole lot more. And so grows the sense that this new found relationship is one which operates beyond measure.

Downtuned melodies are the name of the game in the third track “The Cold Flame Burns”, which also has some great synth to boot. Even the vocals operate in cohorts with the eerie guitar scales, and the song escalates into a riveting mix of passionate and noisy. Fourth track “Diffractions and Halos” then marks a heavy turning point, with some effective electronic lead. It manages to maintain a consistent level of creepiness, but on a more rocking scale.

The experience culminates in the final track “Soaring Xenharmonic Plantain”, an adrenaline-fueled and dynamic song, which begins loud, finishes loud and has a disconcertingly beautiful melodic progression in between.

There really is no negative comment to be made about this record. Both outfits were making original and exciting music long before they came together as a unit. Sometimes, when talented artists collaborate, something gets diluted during the process. But the polar opposite has happened in the case of Cryptic Tree. If anything, The Mercury Tree and Cryptic Ruse have extracted a new found morsel of untapped potential from their counterpart in crime. If this is a one off episode, then they receive thanks for giving it to us. If there is more in the pipeline, then I for one will be extremely excited to hear it. Long live Cryptic Tree.