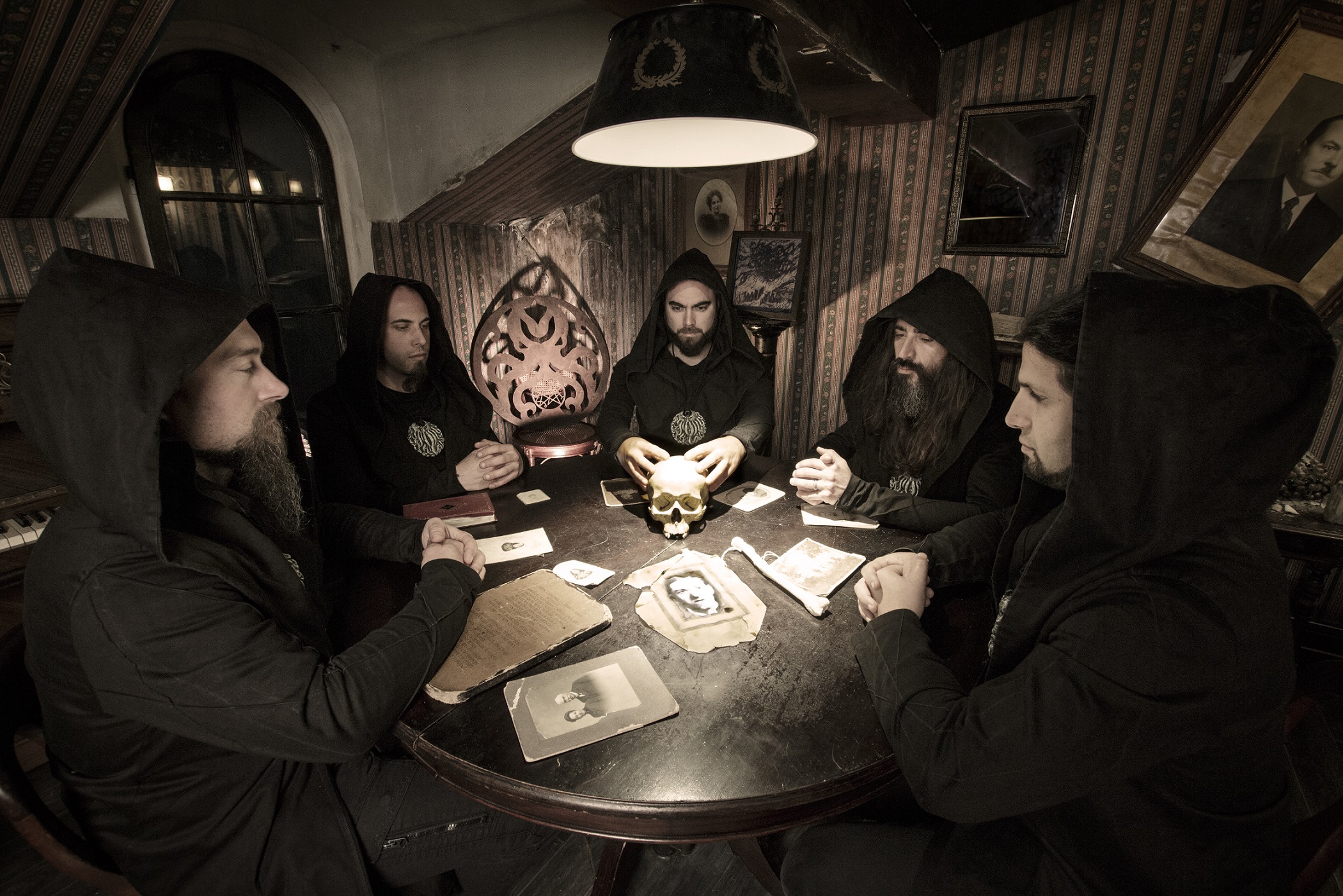 The Great Old Ones – “Cosmicism”

The thematically-bound sounds of The Great Old Ones deliver a deeply satisfying ensemble inside the raw and atmospheric realms of Cosmicism.

It makes all too much sense that the works of H.P. Lovecraft would eventually find matrimony in the conventions of black metal. Cue the purist sounds of Lovecraftian metal band, The Great Old Ones. They have been musically harnessing the brain-bending scriptures of Mr. H.P. for quite some time now, and should you decide to embark on that particular journey, then Cosmicism may well be the one for you to pick up and devour.

It’s not necessarily obvious that this band operate in tribute to the aforementioned writer. Knowing that requires a background check. On face value however, the sounds of The Great Old Ones deal in some rather deep and heavy noise that will be satisfying to much of the seasoned progressive death community. On the whole, this recording is an ever-galloping splice of death, black and blackgaze that operates high up on the intensive emotional spectrum. Atmosphere of the highest, most booming, church-like calibre reigns supreme throughout.

It might be because they have had numerous prior albums to practice refining the formula, or it might be because they are legitimately possessed with the intuition, but Cosmicism really strikes where it’s supposed to. From the otherworldly twangs of intro melody “Cosmic Depths” and the strong progressions of “The Omniscient”, we already have a potent sense of self. The fun, however, keeps on giving and the operatic musings of the band reach an apex in the utterly brilliant “Of Dementia”. This is arguably the record’s best song, but there are still many treasures to follow. The album is consistent in its ravenous delivery, as demonstrated in the gargantuan package of “A Thousand Young”, and the suitably groovy epitaph of “Nyarlathotep”.

Consistency is indeed one of its biggest selling points. Any deviation from the relentless nature of its sound would be also be a deviation from the obscure chasms of its soundscape. In fact it’s so functional in the atmosphere department that it’s enjoyably easy to get lost in. In the spirit of the author to which it pays tribute, Cosmicism can act as the soundtrack to your personal escapism into some innocently sinister flights of fancy. If you’ve listened to this record a hundred times and you still don’t really know what occurred in the middle section, it’s because you were daydreaming, and that’s okay.

With its speedy musicianship and ultra-tight riffage, The Great Old Ones are able to display an adept ability to stay true to black/death/prog conventions, whilst ramping up the conviction and inventiveness to a level that even the most modern of metal ears should appreciate. Looking at the package as a whole, it also seems certain that this comes as standard to the band. As their identity suggests, they operate on a wavelength unperturbed by mainstream expectations.

It’s up to you how ‘Lovecrafted’-up with the sounds of Cosmicism you get, but either way this is a terrifically effective album. The Great Old Ones have taken convention and wrung out its potential to immaculate standards. The result is a beautifully pure swill of sinister, emotive, epic and mysterious. Hopefully, The Great Old Ones will continue in this vein for the bulk of their career. Whatever the otherworldly forces at work, they are clearly extremely good at doing it.