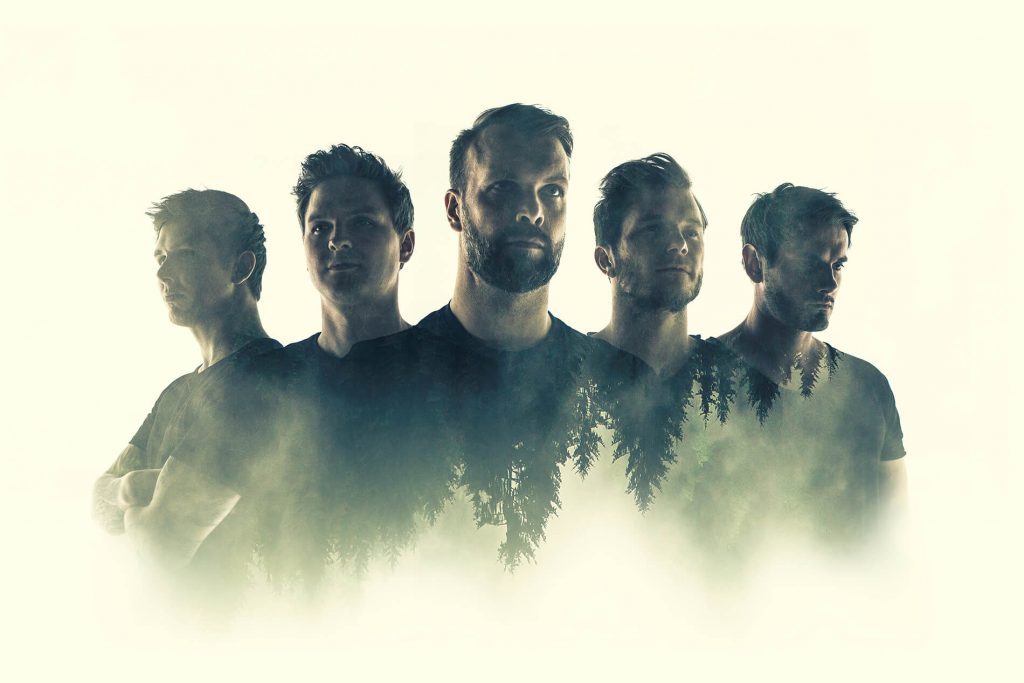 Pitfalls is a beautifully dark body of work from Leprous, a natural musical progression as previously seen from The Congregation to Malina. The music may be lighter, but the subject matter may be their darkest yet.

A great band always has controversy surrounding them, and Leprous are no different. Their sound has gradually taken a more atmospheric and lighter turn from 2015’s The Congregation to 2017’s Malina, so it would only make sense that Pitfalls would follow that formula. They have been very deliberate with their evolution. Some bands may drastically change their sound from album to album, shocking their fan base; Leprous have done this over the course of a half decade. Vocalist Einar Solberg has already abandoned screaming for Malina, so don’t expect any harsh vocals on Pitfalls either. But do we really listen to Leprous for screaming? Solberg has one of the most beautiful and emotional voices in all of the progressive sphere, after all.

What you can expect from Pitfalls is an incredible and emotional album. The lyrical subject matter is based off a really bad depressive spell that Solberg found himself in after Malina. Surely many can relate to these emotions, and Solberg is very candid throughout the record, pouring out his fears, doubts, and anxieties. Musically, Pitfalls plays out a lot like a score for a film. Leprous have always been top tier when dealing with dynamics and tension – some of their best songs gradually build from practically nothing into a monstrous climax. “The Valley” off of Coal and “Bonneville” off of Malina immediately come to mind. There are a lot of ambient sections with keys (also played by Solberg) and strings that evolve into powerful choruses and outros. Speaking of strings: Raphael Weinroth-Browne, who provided cello on Malina and also has been touring with Leprous since 2017, is back with his incredible layers of cello and string arrangements. Another guest to be mentioned is Chris Baum from Bent Knee, who provides violin on Pitfalls. Leprous toured with Bent Knee last fall and winter, so naturally they developed a friendship and wanted to go with Baum, because they got to see him nightly.

Pitfalls starts off with “Below”, the first single that we heard back in August. “Below” is a great bridge between Malina and Pitfalls. It begins with just synth, strings, and vocals; then it explodes to the chorus, where the whole band finally kicks in. Pitfalls is their first album to feature drummer Baard Kolstad using electric pads. Kolstad previously whipped out the electric drums on their Massive Attack cover of “Angel”, which they played on their fall 2018 tour with Haken and Bent Knee. “Below” is a perfect fit for a single, since it features the traditional Leprous sound but is also very accessible with its extremely catchy chorus of ‘I will lie, lie/keep it all together’. Evidently this song tackles the struggles of keeping mental illness hidden from others.

As I mentioned earlier, Pitfalls plays out a lot like a movie. A Quentin Tarantino movie to be more specific. Many of his flicks have an obvious tension to them, building to the point where it becomes uncomfortable before exploding into the final act. Another way to describe the album as a whole is that it is one big Leprous song. It builds and builds dynamically as it goes on. The fist half of Pitfalls never gets too heavy, but you can feel the tension building. And believe me, this movie is worth watching until the end!

“Alleviate” is the second single off of the record, and possibly their most controversial yet accessible song. No matter how you feel about their whole style change, this song is their new sound. It starts light with mainly Solberg’s vocals, but by the time the second chorus hits, they are at their max, dynamically speaking. This chorus will stay in your head; Solberg really shines on this one. Kolstad performs some really tasty grooves with the snare dropped for the verses. Hell, Kolstad always shines no matter what the environment is, so drummers be ready for some incredible rhythms! Bassist Simen Børven accompanies tightly Kolstad all the way through.

“Distant Bells” is a monster of a song. It’s the album’s third single, and rightfully so. This is the definition of tension. The first four minutes are just piano, strings, and vocals. Kolstad slowly comes in as the strings bring the dynamics to the next level. Guitarists Robin Ognedal and Tor Oddmund Suhrke arrive with delays blazing as they get louder and louder into the epic climax at around six minutes in. And what a climax it is! The chorus and ending are so intense and memorable, it’s truly a highlight of the album. Right from the high point of “Distant Bells” comes the most old-school Leprous song on Pitfalls. “Foreigner” jumps straight into the fray, with the most energetic delivery of the record over Solberg singing ‘It’s a fight to stay alive/For my mind has gone missing/It’s a fight to stay alive/It’s a fight against my self‘. This song feels like it could be off of The Congregation. “Foreigner” will be a blast to see live!

Remember how I said Pitfalls is worth sticking around til the end? Leprous saved the best for last! “The Sky Is Red” also has an old-school Leprous feel to it, with one thing that is noticeably different: a choir! The addition of a classical choir on top of lush stings on top of Solberg’s exquisite vocals is almost too much to handle. The whole album has built up to this moment. “The Sky Is Red” runs at almost eleven-and-a-half minutes, and it takes so many turns along the ride, including the album’s only guitar solo over Kolstad’s brilliant high-hat shuffling. As the solo builds, the band follow suit. The song continues to build in dynamics, dropping multiple times before maxing out. All the musicians shine throughout this song, and from the giant climax, they all drop to down to nothing at around seven minutes in.

But the movie isn’t over yet! The strings and choir slowly begin to rise again, along with Kolstad’s toms matching the strumming of the strings. The tension hits a breaking point when the full band comes in, guitars and bass now matching the pattern of the strings. Placed over that are electric drums and synths. Layers and layers, all building. The final layer is the choir following the strumming of the strings. It’s here that Pitfalls hits the ceiling dynamics-wise; afterwards, all the instruments drop out, and all there is left is the cello and choir – and your jaw on the floor. What a way to end an album. What a ride!

Pitfalls almost leaves you exhausted at the conclusion of “The Sky Is Red”. And with the relatively dark subject matter, it may leave you exhausted mentally as well. Although musically it plays out like a movie, lyrically the subject matter doesn’t take a straight line from anxiety and doubt to a hopeful resolution. In fact, “The Sky Is Red” is one of the least hopeful moments. A few of the songs do have positive messages for those fighting issues similar to Solberg’s. Pitfalls is truly a masterpiece of art. Extremely emotional and vulnerable, yet still heavy. Leprous have slowly evolved into this new sound, and they have perfected it. It’s definitely something to experience!