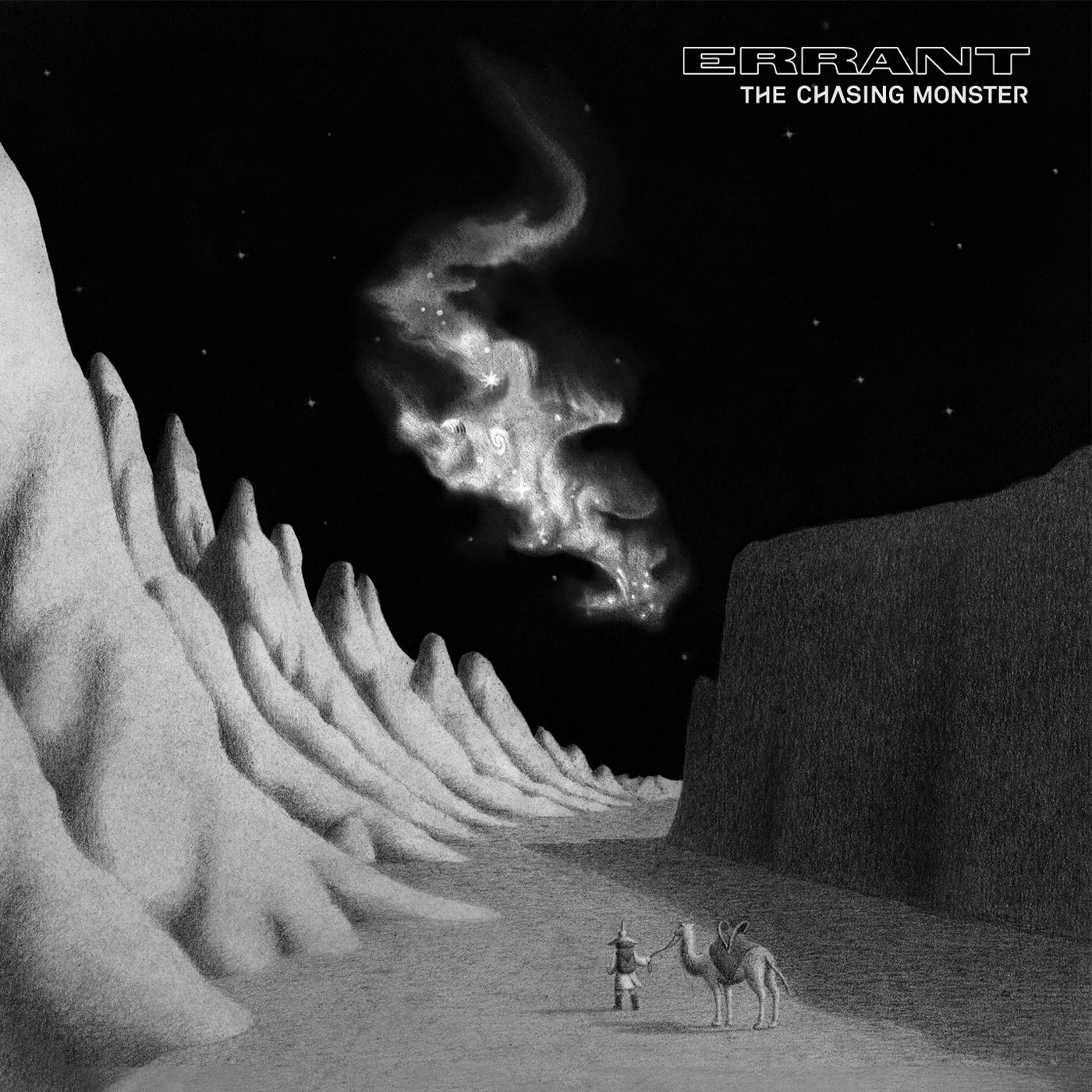 Surfacing for the first time since 2017, The Chasing Monster return with Errant – a splendid sophomore effort that showcases sizeable growth, unreserved passion, and which rightfully earns the Italian post-rockers a place comfortably among their peers.

By the time you read this, The Chasing Monster will most likely be returning to their hometown of Viterbo in Italy, having just completed a minor European tour in support of their latest album, Errant. This is a shame, as the chance to experience this record live is an opportunity I wish I’d been aware of sooner, especially now that this particular behemoth has wreaked havoc on my eardrums. If you aren’t already familiar with The Chasing Monster, now is the time. You can tell a lot of work has been put in since 2017’s equally-impressive Tales (worth a listen first in order to fully appreciate their progress and evolution since). There appears to be less focus on strictly telling a narrative this time (gone are the short “Act” interludes and dialogue-centered tracks), as any story is conveyed simply through the music this time. It’s a grand departure from the last album’s style, but I feel the quartet carry it off tremendously.

The aptly-titled “Oceano” stirs the album into motion with its glitchy electronic touches (I briefly thought I had buffering issues – ride it out). The delay-laden staccato riff combines beautifully, giving the track an unsurprisingly nautical vibe; ultimately reaching a crescendo that’s worth the wait with a major lift, both musically and emotionally. As is common throughout the genre, delay and reverb are used heavily. The Chasing Monster have done well to avoid the temptation to drench it over everything though, instead employing it smartly for maximum effect. “Beyond The Fireflies Realm” provides more electronic flourishes that flutter between the speakers: another example of the band crafting instrumentals that tie to each track’s title. It’s a small inclusion, but knowing they gave such consideration to the writing process instead of choosing artsy names for the sake of it adds to the record’s charm.

Further in, fuzzy bass takes pride of place, welcoming “The Great Climb” into view for more uplifting dynamics. It’s not a linear process; layers weave in and out of another, rather than enter in single, predictable file. It certainly helps keep the listener’s attention by changing up the format a little with each song. Additionally, there are moments when the instruments break out of genre norms to show snippets of classic rock and prog influence. The combination of Francesco Di Marco’s synthesizers and Edoardo De Santis’s drums during “Beyond The Fireflies Realm” and the closing minutes of “Beneath The Desert” really showcase this. I cannot emphasize enough how much I enjoyed the understated inclusion of the electronics; it complements and enriches everything around it, lingering just right in a mix that overall is beautifully-produced.

Musically, Errant navigates avenues of subtle optimism from start to finish, voiced by the phrasings of the guitars and synths. The only exception to this was found in “Shambhala”. A powerhouse of a slow-burner, it caught me off-guard in the best possible way. Gaining its name from the mythical kingdom found in Hinduism and Tibetan Buddhism, this was anything but a peaceful pursuit. The foreboding rumble of the distortion-soaked bass rendered me helpless as The Chasing Monster ensnared me in its clutches and pummelled me into submission: all this before the opening cymbals of closer “There’s No Place Like Home” bring you exactly there. Starting off loud like a band announcing their final number on stage, the track swells and dips before pulling out one final chord progression that sends the monster back to its lair, fully satisfied with its auditory rampage.

If there is anything that saddens me about Errant, it is how easily people may sleep on it. Fans of highly-commended post-rock offerings – God Is An Astronaut‘s All is Violent, All is Bright, or the lauded Departure Songs by We Lost The Sea for example – will find a lot to love here. Despite such notable comparisons, you’ll spot a lack of content updates. Not just on the band’s official website, but Bandcamp among others (they haven’t uploaded any content to their own Youtube channel in five years). This could mean Errant passes many by; criminally so, in my view, as an injustice to the efforts undertaken to create such a polished, musically-varied effort.

Errant is a fantastic record. In tune with its titular definition, the band make considerable efforts to wander from the norms of the genre. Not only that, but in the pursuit of their own growth, The Chasing Monster have implemented careful and constructive changes, thus creating a more powerful beast that will pursue, and will ensnare you.