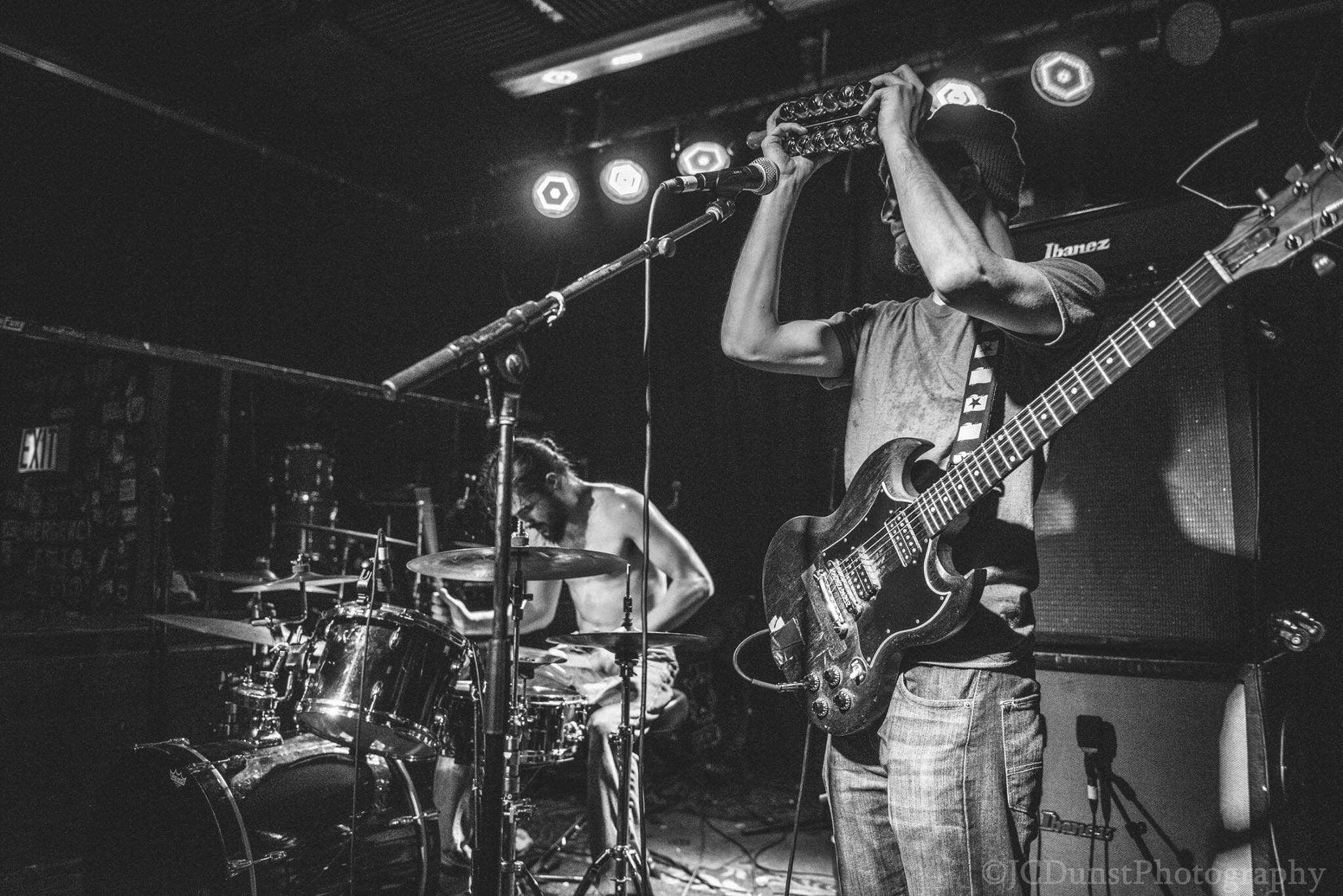 Chaotic, crazy, and one hell of a fun ride – The Central are not holding back anything with their latest release Van Dyke Browne’s Crystal.

‘Eclectic’ might be the most appropriate way to describe The Central‘s sound, yet that still does not adequately capture it. There are numerous different elements contained within not just this album, but their entire discography. That being said, after listening to the rest of their records, I feel like Van Dyke Browne’s Crystal is hands down their most versatile and intentional release. There is still that core foundation of insanity and discord, but it is mixed with much more focus. So while it still retains that messy turmoil, it is more palatable, which turns it into a much easier listen.

One of the best ways to describe this album is found in “Grind Selective”. The deceptive start to this song that gives way to the dizzying instrumentals is completely unexpected and comes out of nowhere. With an almost punk-sounding start with the very casual vocals and drums only makes the break into the chaos even more absurd and off-putting – and I mean that in the absolute best way. Clocking in at just over two minutes, the entire ride is a non-stop experience that helps provide some character to the band and show just what kind of music they are trying to make.

With VDBC, there is such an intense energy throughout the album that it is hard to really find any comfort in it. While that may sound like a bad thing, it is within this discomfort that the true soul of not only the record, but of The Central really starts to show. With tracks such as “Eight Van Convoy” and “Ladies”, I could easily imagine myself at one of their live shows just losing my absolute shit. I find it almost difficult to sit still while listening, as the amount of power and intensity makes me want to get up and lose myself in the songs.

What might seem at first the most ironically-named tracks on the record, “Normal” is actually one of the more ‘straightforward’ songs on VDBC. That being said, it is not out of place from the rest of album, as it still retains that mesmerizing sound and style that is consistent throughout the record. What I mean by this is that there is not as many instances of harsh tonality and tempo changes that is prevalent within the other songs. It is, from start to finish, mostly the same sound. There is very little deviation at any point, with the only slight exception being closer to the end. This is to show that, while The Central value the extreme, they are still mature enough to have some variety without losing the sense of identity that has been created through the previous tracks.

This album came out of nowhere for me. Upon my first listen, it almost seemed too chaotic for its own good. Yet with further listening sessions, the beauty and structure began to show itself. There was so much more than was first apparent on the first playthrough. I fully recommend you take your time with this record. It is an absolute blast and full of fun and excitement. Now if you will excuse me, I’m going to go punch some holes in my walls.