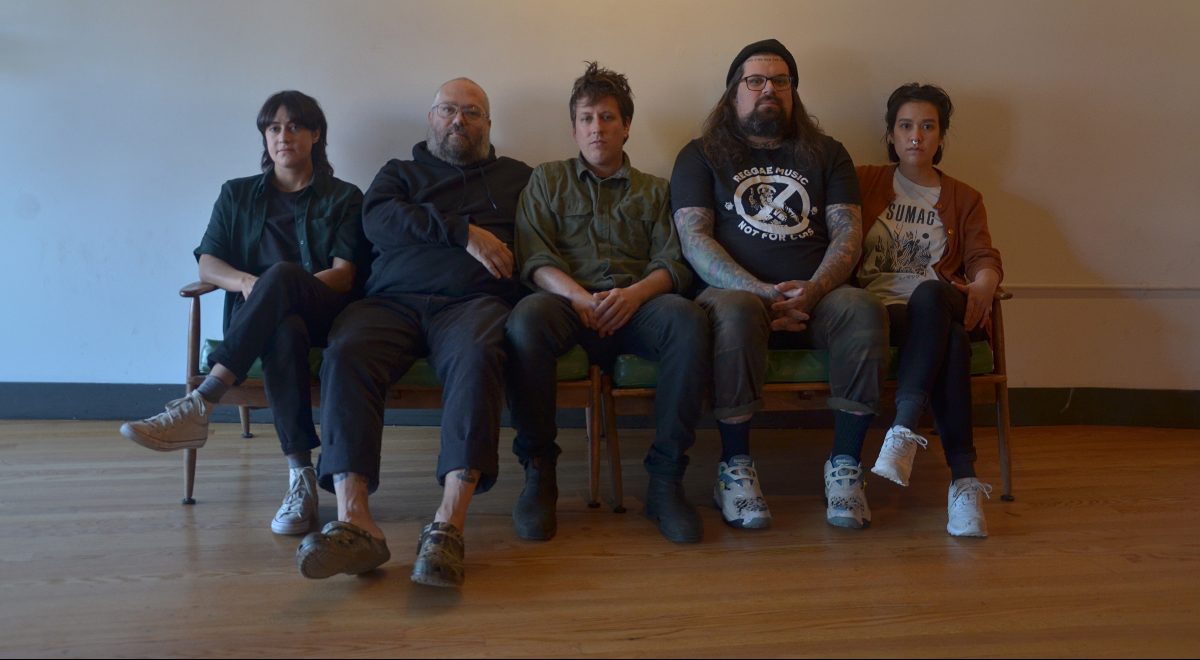 The Body and Big|Brave – “Leaving None But Small Birds”

Drone/Noise collectives The Body and Big|Brave return for a second time in 2021, this time with an exciting album collaboration Leaving None But Small Birds, incorporating a variety of stylistic traits from both bands whilst creating a new experimental sound encompassing a psyche and folk direction.

2021 has already been a notable year for both the Portland based malicious noise/doom duo The Body and Montreal’s drone giants Big|Brave realising two uncompromisingly heavy records I’ve Seen All I Need To See and Vital respectively. Yet whilst the more sonically violent and noise-bound aspects have certainly shaped the sound of these artists, this collaboration seems to suggest that both bands aim to bring something new to the table. Leaving None But Small Birds attempts to recreate the impenetrable, fierce sonic landscapes of drone and noise elements with a heavy emphasis on a more experimental folk and psychedelic rock characteristics.

The record opens with “Blackest Crow” a psyche-infused folk ballad which conveys a simplistic and repetitive chord sequence, heightened by the medieval-esque strings in the background, Buford, and Hudson’s minimalist percussion whilst the harmonious, wailing of Wattie’s vocals carry a trance-like gaze. These minimalist layers of sound and feedback provide some depth through droning passages and lucid echoing guitar parts resembling perhaps more Middle Eastern folk traditions.

“Oh Sinner” continues this simplistic approach from the band in the opening few sections in which the minimal percussive and string elements are resonant to a primitive land of the past. The isolated vocals hum like a renaissance hymn, crying out with lyrics such as ‘when the seven headed beast is rising, and they come to work their number, on your head, oh sinner, where will you stand’. Sacred in nature that reads like a psalm, the lyrics appear to reference the ancient and traditional thoughts against those being persecuted for their sins.

“Hard Times” demonstrates this heavy emphasis on drone techniques to convey this kind of Middle Eastern folk atmosphere, the feedback creates damaging and complex tension whilst the feudal sound of the vocals and guitars seem to possess a very earthy quality. The swelling walls of noise play into the track’s themes of hardship and struggle of child factory labour speaking from the mouth of the victims who long for a place away from such alienation and servitude.

“Once I Had a Sweetheart” and “Black is the Colour” put a damaging amount of focus unto repetitive sections of strings and percussion whilst lyrics like; ‘she’s gone and leaves me to sorrow and moan, she’s gone and left she’s gone and left me’ explore the themes of loneliness and the hopelessness that is soon felt as a result. The latter song has an almost bittersweet take on this idea of alienation through the mournful and colourful acoustic elements creating warmth, yet, overshadowed by this feeling of dread that is represented through the emotional vocal melodies.

The penultimate track “Polly Gosford” exhibits passionate and emotional gravity through strong vocal lines and Chip King’s spiritual, ghost-like drones evoking a frightful presence. We hear in the lyrics ‘He covered her grave, and hastened home, leaving none but small birds, her fate to bemoan’; a poetic and transcendent text of an old world is coupled with feelings of grief and estrangement. The melancholic tension resonant on the final track “Babes in the Woods” is a perfect way to end the record. Combining the brutally stressed chordal drones of guitarists Chip King and Mathieu Ball carry a weighty supplement followed by this tribal percussive and vocal section to round things off demonstrating a rather ceremonious ending that keeps in line with album’s traditional folk roots.

It is no doubt that both The Body and Big|Brave have constantly strived to push their creative boundaries and challenge the limits of heaviness in their songwriting. Yet, with this collaboration they seem to have achieved an ambitious and remarkable level of musical complexity devised mostly through overwhelmingly repetitive phrases; hypnotic, noise-ridden atmospheres, and beautifully crafted lyrical texts in a medieval folk setting. The sonic realm in which both bands have succeeded in creating here evidently highlights the artist’s love and expertise in crafting some of the most emotional and eerie traditional folk and old-time music accompanied by exceptional levels of musical extremity.