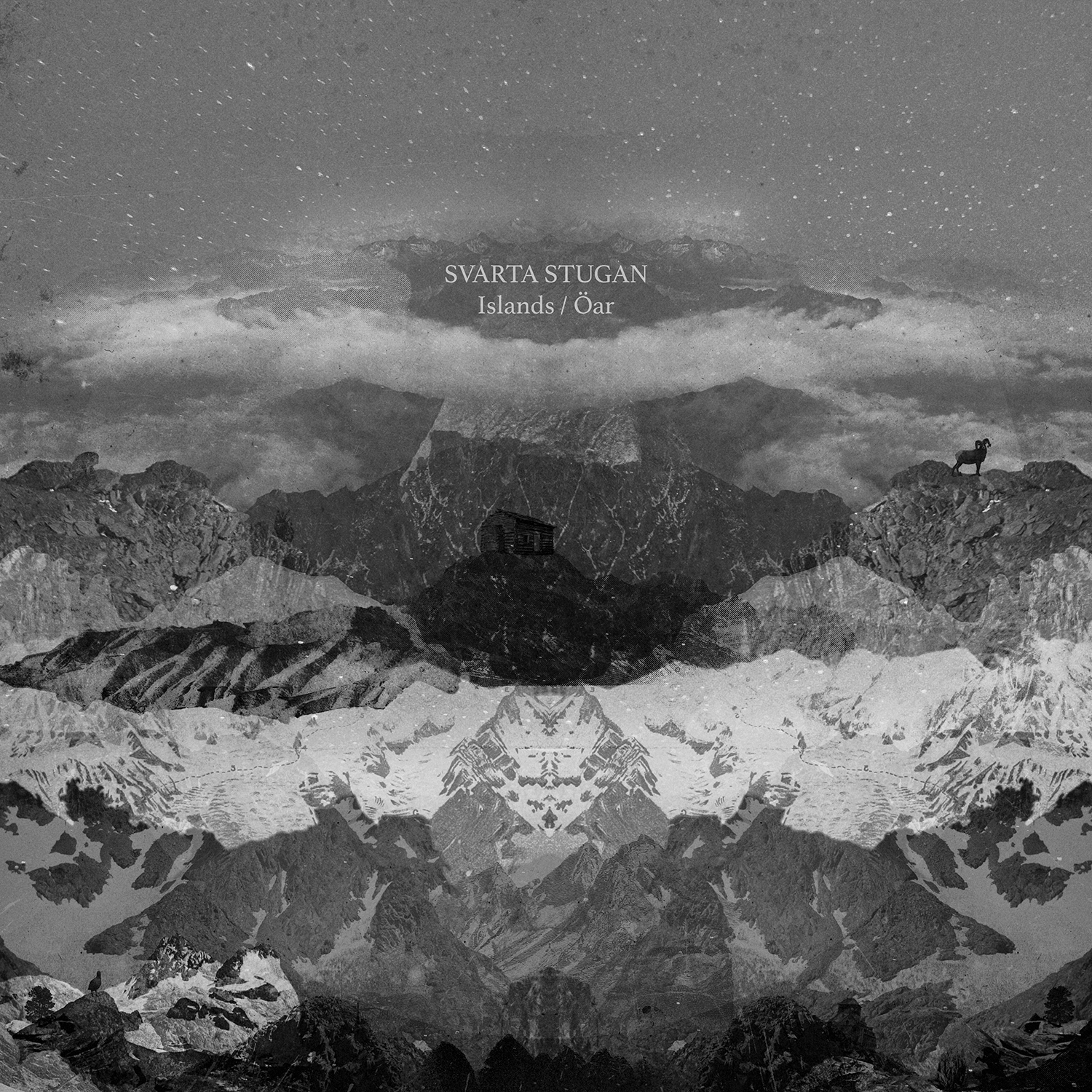 On Islands / Öar, Svarta Stugan plays with some excellent soundscapes and progressive grooves, but sometimes falters when lacking a sense of direction.

It’s December 14th, my last day of finals and the end of the Fall semester. College has both stuffed my brain full of knowledge and lessons while simultaneously tearing it to the point of breaking. I need something soothing, yet stimulating. The time has come again for more post-rock. But it needs to be fresh, something I haven’t heard of before…hmm…

What’s this? Svarta Stugan releasing their debut album? I’d better give it a try…

“Islands III” starts with these staccato snares and big grandiose chords. I get that this song is trying to sound big and expansive, with its string/horn sections and vigorous cymbal-smashing, but the song doesn’t go anywhere in its five-minute runtime. The next track, “Islands Unknown”, suffers from a similar lack of melody.  I like the lengthy chord progressions Svarta Stugan is leading me with, but where is it leading me? I guess to a sort of God Is An Astronaut-type song that sounds so dime-a-dozen it could fit on a Disney soundtrack.

Maybe Islands / Öar will pick up with a longer track? I do like the wonky Claypool Lennon Delirium vibe that the band begins with on “Inner Space”, with the proggy guitar melody and shameless theremin. But I’m a bit lost by three minutes of slow metered guitar chords and silence. The climax of tremolo strings and theremin that follows echoes out into a cacophony of squeals and cymbals. The songwriting here is much better; I feel like I finally went through the rabbit hole that Svarta Stugan wants to show me.

Thankfully, Islands / Öar continues our journey with better songwriting. The opening chords to “Islands I” sound like an impossible throwback to Fresh Aire (a series of insane albums by a band called Mannheim Steamroller) with it’s quiet, antiquated synth intro. What comes next is a wild mix, as if GY!BE and Parquet Courts were trying to reimagine Tubular Bells. It’s like if the original Star Trek series was an intense silent movie.

Our closing track, “Prospects Quatsi”, seems to somewhat continue with its space explorer aesthetic. The pocket bass and wailing KORG feel like a space sci-fi neo-noir masterpiece. I’m kinda flabbergasted that this would wind up on the album alongside more lackluster tracks like “Islands Unknown”. Aside from a slight flub of everyone dropping out for about four bars leaving the drums feeling a bit naked, the instruments blend together wonderfully in the finishing moments.

I sat with this album for a while before it began to grow on me. Honestly, I’m still not really sure why. I guess some of the space-age sounds and didn’t really gel with my ears at first. Islands / Öar, as much as I wound up enjoying it, may not be an album for everyone. But if you didn’t like this one, I still recommend you keep an eye on Svarta Stugan. My current hope is that they can continue to hone their songwriting chops to work out some of the kinks on this record. Otherwise, no amount of 70s nostalgia will be able to save them.