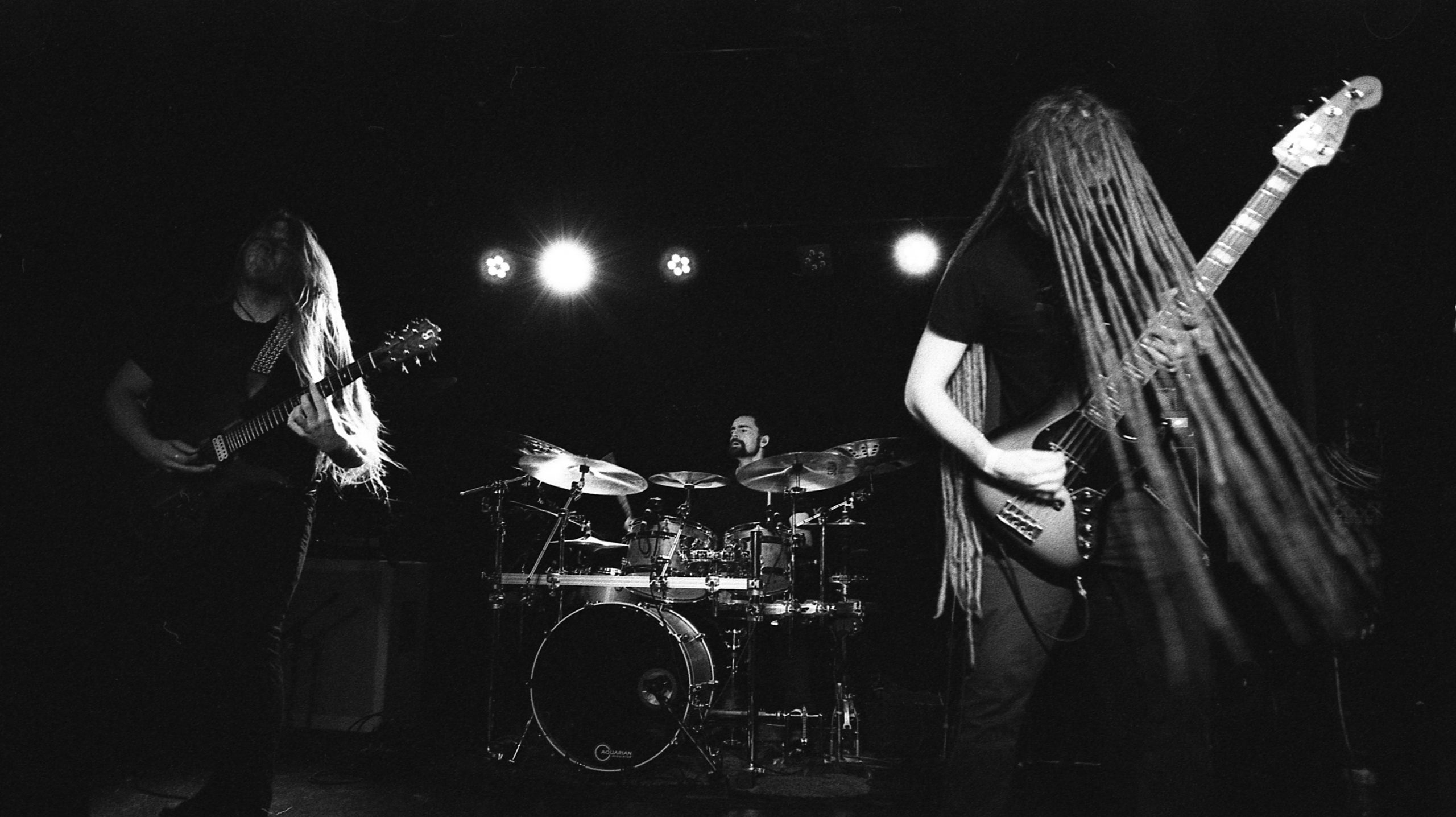 With Ylem, Sunless delivers a thorough lesson on how to make dissonant death metal as fascinating and enthralling as humanly possible.

Certain genres suffer greatly from oversupply, death metal and its various subsidiaries being a well-represented example of just that. The sheer multitude of bands makes it exceedingly difficult to pop up from the mass, and even though you’d enjoy those tendencies as a whole and spent a lot of time with it, I’m fairly certain that if I asked you to list a handful of the absolute best ones you can think of, that’d be quite difficult. I’m not oblivious to the fact that there’s just so much good stuff out there that such effort would be futile, though I must also pose the question that if so many of the bands were equally great, wouldn’t that just make them a single fragments of a singular mass regardless of their magnitude? That’s really the issue I’ve had with it, not the abundance per se, but the lack of cracks left for the truly astonishing ones to crawl up from. However rare it is, there’s still those who manage to make a proper racket about themselves and reclaim notability, so the situation is far from hopeless all things considered, it just has its difficulties.

Sunless‘ brand of dissonant, organic and shapeless, hook-infused death metal demonstrated on their debut album Urraca from 2017 was one of the most refreshing additions to this genre in a long, long time. Albeit I find myself frequently visiting that one, it still had this sort of a first album syndrome to an extent, where all the ideas and compositions didn’t quite blossom the way they could have, while still managing to nurture interest and convey a promise of something great to come. And well, that time is now upon us. Ylem, the band’s second full-length will see the light of day on October 29 through Willowtip Records, and being the second portion of a planned trilogy, fills the gaps left present on their debut in a striking fashion.

Ylem‘s opening seconds already present the band’s refined form, bringing forth both familiar spacious and angular riffage and structures as well as a strong sense of innovation. “Spiraling into the Unfathomable” slithers in a serpentine fashion with its pace shifting between a brutal drive and a more laid-back lingering effortlessly. The discordant guitarwork shines on the forefront, though it’s clear that all of the instrumentalists are masters of their craft, with executional precision being one of the main cornerstones in the band’s essence. That department is highly fascinating and intriguing on its own already, but it’s the vocals that act as the ultimate adhesive factor, making Sunless first and foremost an entirety – an advanced gestalt that you can pick apart and make a clear distinction between its separate elements, but fully enjoy as a singular body. The second track “Ascended Forms” is probably the finest example of how striking and gripping the band can be, without sounding forced or extravagant in the slightest, even though it’s obvious that one simply doesn’t write songs like this overnight.

“The Unraveling of Arcane Past” amps up on the atmosphere, flourishing through its vastly varied segments made up of abstract blast beat and double-bass infused juddering sections, hammering blunt riffs, highly tangled dissonant doom barrages, and more. The following track “Atramentous” follows suit, showcasing an important aspect in Sunless‘ endeavours, which roughly translates to the embedded absence of time on the field that they operate on. I don’t strictly mean the uncountable and indecipherable time signatures per se, but actual time; there’s so much happening at all times, that minutes and seconds lose all meaning, the vibrant inner world of the album being of the kind of caliber that invites the listener to explore all of its layered planes and to discover all of its hidden corners, losing track – or interest, rather – of time altogether. In the end it’s unbelievable that Ylem runs for a hair under forty minutes, when it feels easily twice as long. That’s also one of the album’s definitive strong suits, mind you. Because of this, its replay value is off the charts, and there’s so much to uncover within its confines that I just can’t see it growing evident or stale, practically ever.

“Flesh-Particle Amalgamation” is a breath of steadiness and balance amidst the more challenging songs, having a tad more conventional pace and structure, albeit still offering a multitude of hooks, mainly through its rhythmic department. A short bridge built on distorted ambiance leads us to “Forgotten (Remnants of Life)”, and things get oh so nicely convoluted again. Being one of the fastest and more fluctuating tracks on Ylem, this one proves to be another highpoint on the album, mainly due to its impeccable flow and fluid-like appearance. It feels insane that something so flagrantly difficult can be conveyed in such an enjoyable and palpable, effortless-sounding form. This same sentiment echoes through the rather aptly titled “Perpetual Contortion”, that lives to its name in the exact manner you think it would.

The final song, “Molding Axioms of the Metaphysical” slows things down into a more constant wave of crushing tonalities, being the longest track on the album, clocking in seven and a half minutes. The track is almost entirely built on a steady rampage that towards the end evolves into a more prog-based groove and acute rhythm, that carries Ylem to its deserved close. Just like in the other ones, there’s just too much to unpack within this track in the context of a review, since dissecting every single riff and portion would pretty much require an entire paragraph’s worth of meandering. But trust me when I say that Sunless has produced one of the most fascinating efforts in their musical realm in recent memory, and it’s worth every single split second you put into listening to it. Ylem has everything you’d hope to get out of a record of its kind, and more than that, making it a staggering experience altogether.

Sunless are breaking an interesting ground on an oversaturated field, being forward-thinking in the actual sense of the word, instead of being the kind of a band that gained the sentiment two decades ago and still basks in its glorified fallout without much of a further effort. It’s really no wonder that as a gigantic genre as theirs seems to run stale, when more weight is put on the rancid old legends and one time wonders than on the nooks and crannies of the level synonymous to underground. I’m confident that bands like Sunless will eventually get the recognition they deserve, as Ylem is simply put an astonishing album that shouldn’t fly under anyone’s radar. I can only do so much by drumming it myself, but I’m also sure there’s plenty of you who will share my opinion on the matter, and that a shift in the bigger gear is bound to happen. Preferably sooner rather than later.