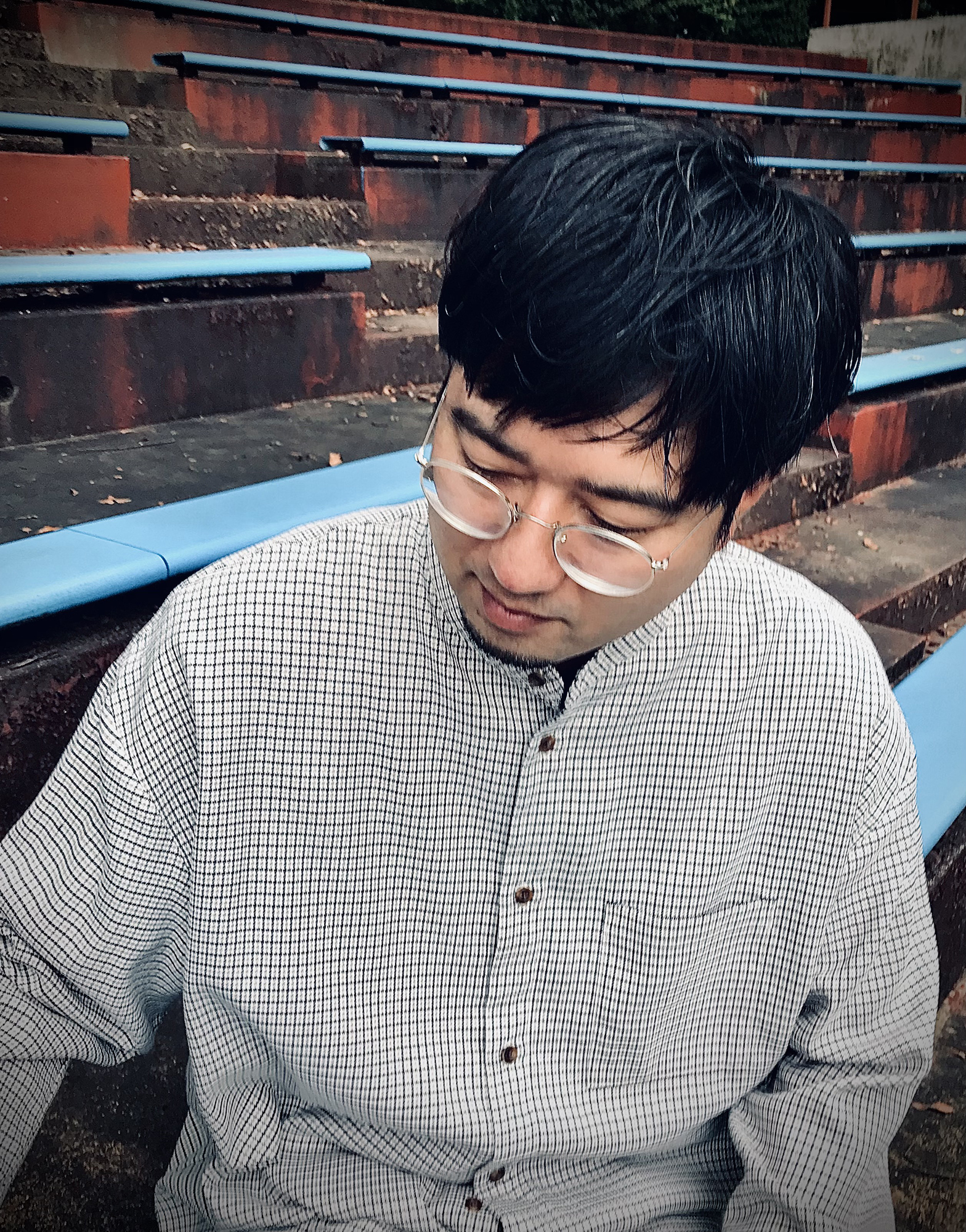 Tokyo-based two-piece Pess have found themselves in some fantastic company, preparing to release their debut album on Aagoo Records. Setting up home alongside artists such as Ty Seagall and Xiu Xiu, Pess have spent the last two years writing, recording, and preparing their first release. Today, we are delighted to premiere the brand new song and video for Pess right here at Everything Is Noise!

“You Can Make Hamburger Yourself”, the opening track from the upcoming album of the same title, is a quirky, noise-filled number fusing shoegaze and art-rock, with a few sneaky chiptune-esque segments thrown in for good measure. In the three minutes that the duo have put together, the track pounds along at high speed, seemingly intent on increasing the listeners heart-rate. One half of the pairing, Mitsuomi, explains the inspiration behind the musical content of the song:

‘Around the middle of the demo production of Pess‘s album, Pet Shimmers (probably “Mortal Sport Argonaut”) was played on the radio of Harajuku record shop Big Love, and it sounded very cool and modern. I fell for the band and immediately contacted Haruka. Haruka also liked Pet Shimmers. It was a shock that influenced the direction of the album. In our interpretation, this may be a crooked interpretation, but I thought it was great because the shoegaze sound mixed in a good way with a dirty, melancholy synth, and a retro-game-like tone. The lyrics are cool and a little thrilling, and the atmosphere is prioritized over the meaning. Therefore, the lyrics have some nonsense parts that are meaningful or nonsense. I wrote it with the idea that the words that leak out behind the guitar should occasionally reach the listener’s head and give a good effect.‘

The video appears to complement the idea that the two-piece are attempting to increase anxiety in the listener during this track. Somehow the fact that the protagonist repeatedly finds an empty fridge without the required ingredients to make a burger makes for exciting viewing. The palpable anger this hungry individual feels is showcased through lightning bolt fists and kicked bins, followed by frantic drives to and fro the supermarket. It is a lighthearted visual representation of a feel good track, something Mitsuomi notes in the explanation of the video:

‘At first I thought it might be better to make the video in a cool atmosphere, but the song title is “You Can Make Hamburger Yourself” and that part is very strong, so make a hamburger straight up. I made it. But that’s boring, so it’s more like a video. If you haven’t watched the video, I recommend watching the video first, but in the end, it’s a story of going to buy ingredients three times in the middle of cooking to make a hamburger. It’s too unplanned, crazy, and maybe even super cool. Every time I notice that there is no material, I get frustrated and kick the trash can or hit the guitar. Also, you may laugh at things such as making the Beatles magnet on the front door horizontal every time, but there are many other things to see. When I was young I thought about becoming a comedian and wrote down comedy ideas. I did not become a comedian after all, fortunately or unfortunately.‘

It is safe to say the band may have made for better musicians than they may have comedians! If you have enjoyed what you have heard today, the full album You Can Make Hamburger Yourself, due for release November 26, is available to pre-order with physical and digital options via Aagoo Records