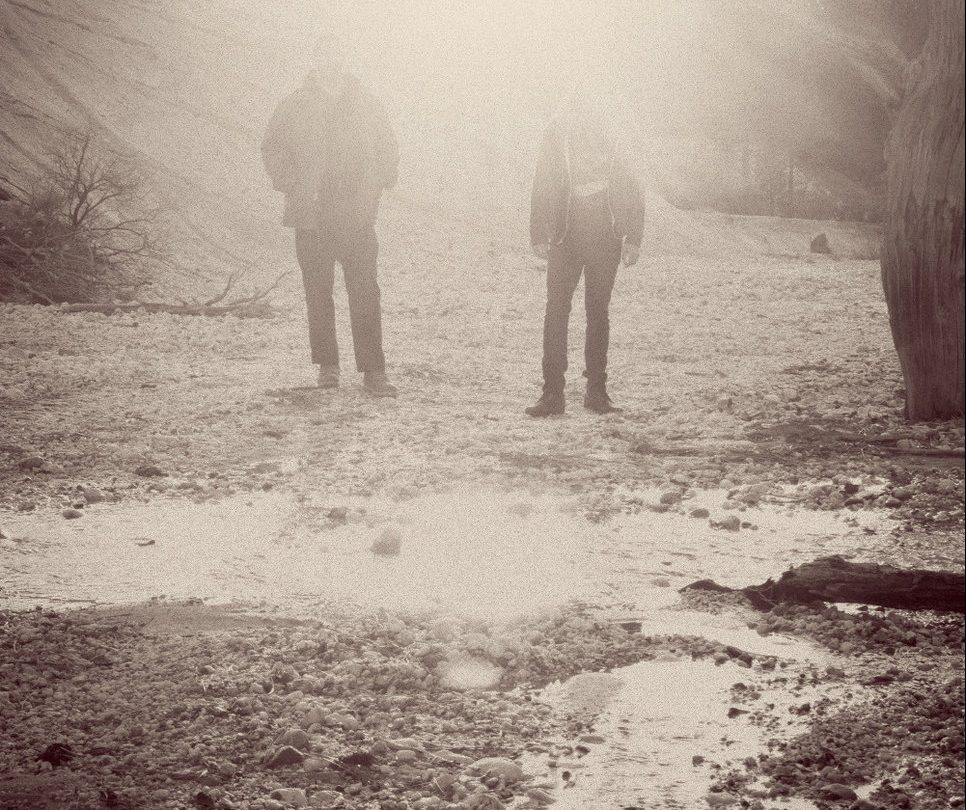 Feral Season – “Rotting Body In The Range Of Light”

Rotting Body In The Range Of Light, the debut record by Feral Season, is the archetypal example of well-produced, melodic, and evocative black metal – traditional in many ways, but fresh.

There’s usually heaps of black metal on the Everything is Noise review list. I often become overwhelmed by the sheer quantity of it when I’m looking for something to review and end up going for something completely different, especially because lots of it sounds like a bunch of nails going through a blender while some poor animal is getting murdered in the next room. This time, I was hell-bent on getting my ears wrapped around some black metal, though, so I picked Feral Season and their debut album more or less at random, purely because I liked the band’s name and the name of the release. Rotting Body In The Range Of Light implies a strong, evocative, bleak imagery, and I was not disappointed. From the very beginning, I knew I’d hit the jackpot.

In many ways, Rotting Body In The Range Of Light is the ultimate contemporary black metal album. It feels very old-school, definitely wearing the influence of early Scandinavian bands on its sleeve, and yet, many guitar interactions and chord progressions are distinctly modern. I found myself reminded more than once of early Krallice, who had a huge impact on my music taste back in high school; something about not just the tones used, but also the vocals, riffs, and song structures themselves feels distinctly Krallice-y. I would tell black metal ‘purists’ to steer away from this release, but before I do that, there’s something I’d like to address.

Let’s talk about the idea of ‘hipster’ black metal for a minute. What a totally ridiculous term for the way in which black metal as a genre evolved (think Deafheaven, Krallice, Wolves in the Throne Room). I don’t know where the notion came from that good production, more progressive songwriting, and less Satanic lyrical content somehow made this newer form of black metal inferior, weaker, and less trve. Many of the so-called ‘hipster’ black metal bands channel the aggression and emotional density of early black metal, just through a more polished lens, like taking those early album covers in their black-and-white starkness and adding just a hint of colour, giving the genre as a whole a much broader scope to develop.

If liking a bit more intricacy and variety in my black metal makes me a hipster, that’s fine, but in no way do I think that word should be laden with all the negative connotations that it is. This newer form of black metal is just that – an evolution, perhaps a tangent, running parallel to the early greats of black metal – similar, but not the same. And as for production – I understand and respect why so much early black metal was produced the way it was, and I think at the time, this was important not only to set the genre apart, but also as a statement. All fine, but personally, I like to hear the details of what’s going on.

This is what brings me back around to Feral Season and Rotting Body. I feel the production on this album is clear and succinct, everything in its place, yet raw enough to capture a very specific kind of fizzing energy. It’s not overpolished, nor is it underdone – it’s just bang on. The album captures the attitude, atmosphere and evocative imagery that I love so much about the early black metal records, and takes it into the 21st century. They are not the first to do this, but I genuinely feel that had the album teetered slightly more to either side, it would not have the same effect.

I also very much appreciate the dominance of the bass in the mix, an instrument that is frequently underutilised in this genre. All throughout the album but especially on “Methuselah”, “Seized In Emerald Grief”, and “The Sigil of Snags”, the bass is not only audible, but an integral part of the song’s composition, carrying the melodic side while the guitars state the harmony, the elements dancing around each other, intertwining, before parting was again. It’s this kind of layering, along with the weight that the bass adds, that pushes Rotting Body to be ever grander and more evocative without sacrificing the emotional intent, and without ever erring on the side of cheesiness.

Just how the production finds the perfect balance between modern and traditional, the same thing can be said for the music itself – Feral Season honour traditional black metal conventions like the predominant use of blast beats and tremolo-picked minor chords, harsh vocals, and the occasional driving riff, yet everything with a bit more refinement. The vocals aren’t so demonic and shrieky, the tremolo picking less incessant, and the riffs frequently much more rhythmic than you would expect. My favourite summary of Rotting Body is the opening track, “Tied To The Sun” – it doesn’t fuck around, gets straight to it with grainy high-register guitar chords and punching drums. The song progresses through these pummelling verses and more spacious choruses before reaching a slight lull near its end, complete with beautifully recorded acoustic guitars and a lead line that can only be described as a feeling – a warm ache stretching in my chest.

“Methuselah” is a fantastic example of everything I love about modern black metal, from the meandering, spacious intro, through the agonising tremolo picking, its chuggy chorus, heavily layered bridge (listen out for the choking drums), it’s all so badass. Again, a lot of it is traditional, and yet it has an edge, and ear candy aplenty (check out the way the guitars break up around the half-way point). The song is almost 10 minutes long, but never breaks character, and never feels bloated. It’s black metal for Opeth fans.

The album is filled to bursting with slapping ideas, one of my favourite moments being the first verse of the title track – a chunky, rhythmic riff adorned with dissonant arpeggios that shift in and out of unison with each other, and drawn-out vocal phrases; the most delightful juxtaposition becoming something so cohesive. I could go on about every moment on Rotting Body that makes me happy, but as is so often the case, I’d rather leave you to listen to it for yourself. If you like your black metal mega abrasive and crushingly raw, this album may not scratch that itch, but I think it will still give you a wee tickle.

My bandmates give me shit sometimes for liking black metal (‘it’s just Satanic screeching and minor chords’). However, should they ever want to get into black metal, this is the album I’d recommend to them – I feel like if they don’t ‘get’ it after hearing Rotting Body, they never will. The album feels familiar, and yet manages to surprise and intrigue, even after many listens. I don’t have anything negative to say about it – it’s a fantastic release, and the fact that it’s Feral Season’s debut blows my mind. It is, thanks to its natural ease in combining the best parts of early and modern black metal, undeniably the best release in this style I’ve heard in years. No fancy subgenres needed – it is what it is, and what it is is great.