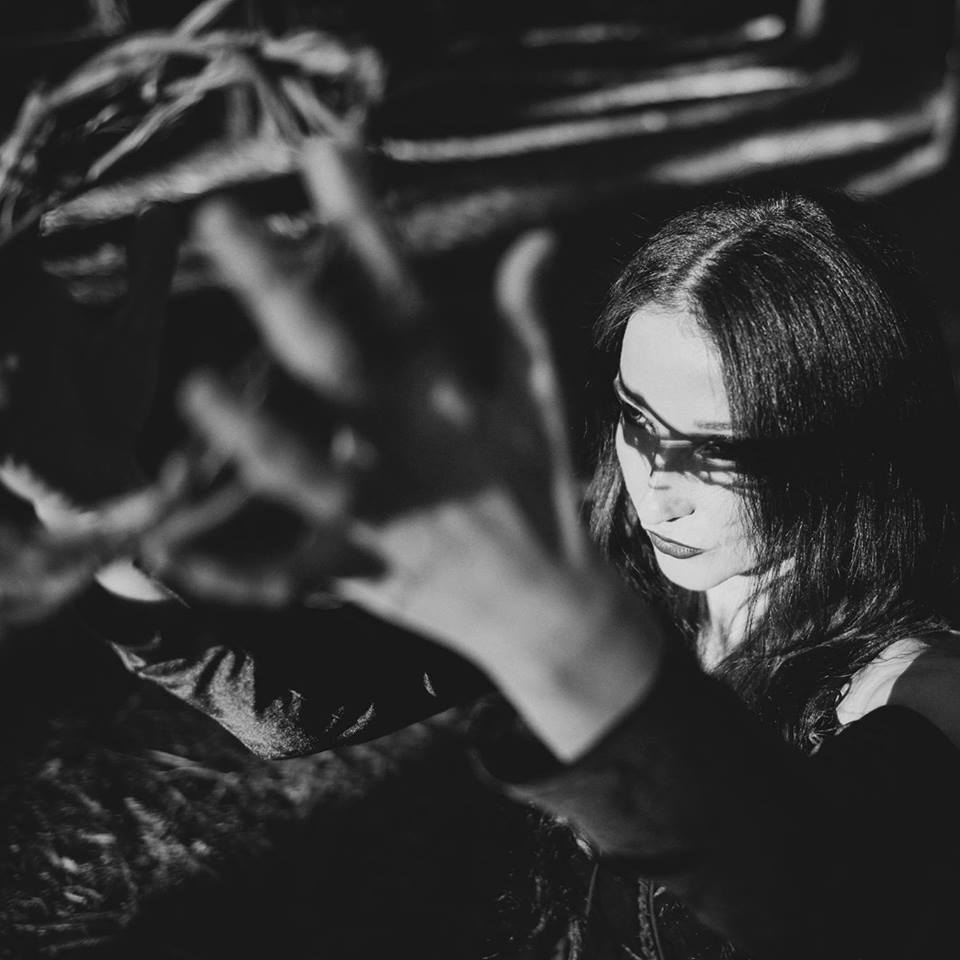 Lunar Falls is a moody and ethereal daydream that drifts into an occasional nightmare. Suldusk have a solid debut on their hands.

Some of my favorite music comes from seemingly contradictory elements being blended together by creative artists. They can see past the disparity that would otherwise keep these elements apart and, in doing so, create some genuinely beautiful moments. Suldusk is one such artist. Melbourne’s one-woman act fuses black metal with gothic folk, and the result creates simultaneous friction and harmony that makes for an interesting experience. It would be easy to compare this act to Myrkur as the ingredients are nearly identical, but the final product is significantly different. As you will see along the way, Suldusk favors melody and harmony and the atmosphere is relaxed and welcoming.

Lunar Falls begins with an expected intro track, “Elios”, and, while I normally deride these often unnecessary fillers, it definitely suits the mood on this album. The cacophonic cawing of ravens leads into glitchy vocalizations while also setting the sonic barometer for what will follow. “Solus Ipse” comes next and the acoustic guitar leads the way, drenched in reverb that creates a wide open space for the song to operate. Once the drumming comes in and the ethereal chanting begins, the song starts to take shape. After around a minute, the harmonious beauty clashes with throaty black metal retching that makes for an early standout moment. The variety of vocal approaches being deployed on “Solus Ipse” continues throughout Lunar Falls’ runtime.

It should be noted that the production is top notch on this record. The clean vocals are right up front as they should be, allowing them to shine brightly during the folk moments. All of the instrumentation settles nicely into the mix, pushing and pulling each vocal layer along the way. In the end, Lunar Falls is a vocal-driven album. The variety of approaches is astounding and Emily Highfield, the band’s only member, should be commended for successfully mastering every angle. This is one area where Suldusk shines the brightest and outclasses many others in this space: vocals.

In terms of instrumentation, this act proves to be no slouch either. While Highfield plays guitar on the record, the supporting cast that rounds out the band makes some genuinely haunting moments. Simpler songs, such as “Three Rivers”, are given the proper treatment by showing restraint, letting the vocals take the driver’s seat. In contrast, the swell in the latter half of  “Catacombs” allows the drums and cello to give this track a dynamic punch, while the vocals drift further back. The coalescence of all of these skill sets comes together in the final moments of the album with the seven-minute closer, “Sorvan Shrines”. The dynamics of the song are impactful as the track ranges from the angelic to the demonic, with each component executed brilliantly. In the end, I wished for more of this on Lunar Falls. The vocal and atmospheric duality is a strength that isn’t leaned on quite enough.

Suldusk has quite the impressive debut on their hands. The vocals are the standout here, and manage to elevate the record at every turn. While I did have some issues with the somewhat imbalanced approach to the album’s tone, there is a lot of promise in what this act can do. If you’re looking for some moody, dark folk music that bares its teeth from time to time, Lunar Falls is a smart choice.