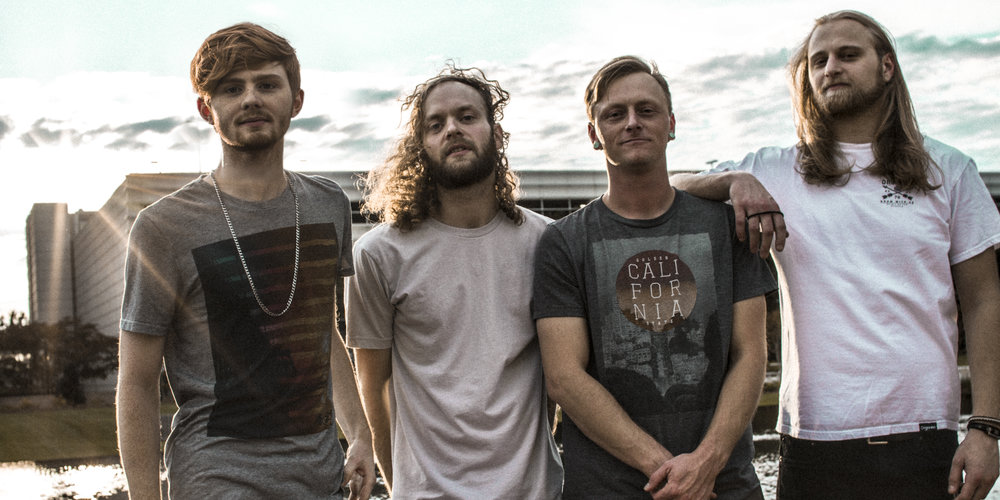 By Robert MiklosDecember 18, 2018 No Comments

Stellar Circuits take us on a stellar circuit around the sounds they passionately put together for their debut. We are met with a fresh and energetic manifestation on this record that haunts us only in good ways.

Yet another up-and-coming group that went under my radar, Stellar Circuits have just released their debut full-length album. Their eponymous debut EP came out three years ago and after giving it a shot, I wasn’t exactly dazzled. However, Ways We Haunt brings a lot of improvement to the table. Featuring a surreal rendition of a head as their album cover, we get a glimpse of what they’re going for. We even have not one, but two music videos from the band.

The riffing is solid, emphasized by the gnarly guitar tone. The leads are just right – as in, there’s no wankery involved and they give melody where it’s needed. Percussion is also well-balanced all around and the bass work puts just enough of a punch in the mix without being overbearing. Production is good, everything seems to have a snug fit in the blend and of course whenever it’s required there’s plenty of breathing room. I mean, I wouldn’t have expected any less from someone (Jamie King) who produced for the likes of BTBAM, The Contortionist, and Scale The Summit.

The songwriting is pretty nice, nothing out of the ordinary, but everything is well put together. Structurally, we observe an early We Came As Romans approach, albeit in a more progressive fashion – jumping between metalcore and a cleaner side. Here, the metalcore side is not as fast-paced, nor is it the emphasis. It acts as an element of contrast and diversity. The cleaner side vaguely resembles Karnivool (pre-Asymmetry). I would also note that the vocals on the clean side have a slight The Mars Volta tinge. I’d describe the brighter side as post-hardcore, but it doesn’t really encompass the whole range they’re covering. It is definitely a tasty blend in spite of the formulaic structuring.

The album throughout has a consistent feeling to it, which ultimately makes the latter half sound repetitive. There isn’t an immediately noticeable highlight on this record, but if I were to pick one, it is “Rorschach”. Every track is solid to be fair, however they’re easily interchangeable. We even get an interlude nearly halfway in, offering some welcomed dynamics. The album closes with an eponymous track which, in its softness, gently wraps up our journey.

Everyone in the band has an equal presence on the record, no one is overshadowing anyone. In short, Stellar Circuits is right on point with their performance and delivery. The vocalist (in my opinion) more so than the rest. Overall we have a really cool record here, especially for a debut full-length in spite of its minor shortcomings. I’m confident the next album will surpass this one, even if it’s going to be in a different direction. This is a promising band and I hope they stick to their guns and keep at it!