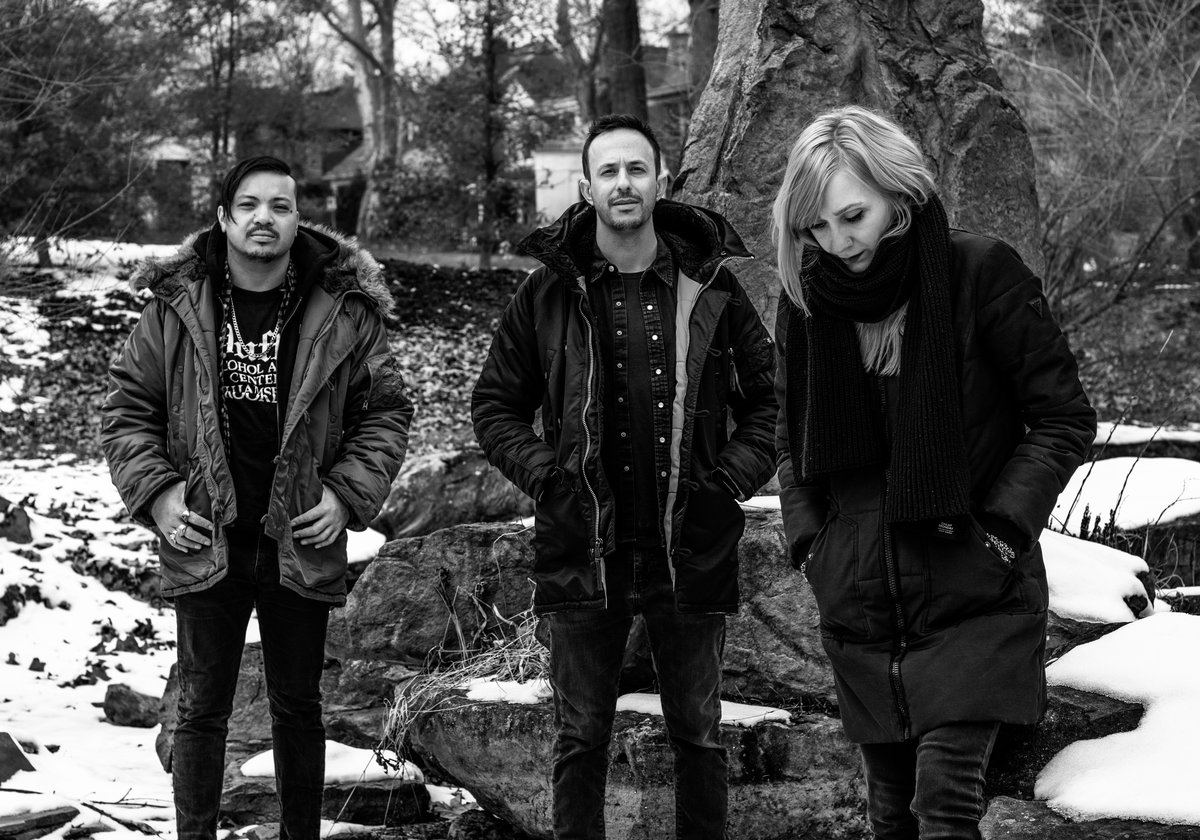 Love & Decay shows just how at home doom metal and shoegaze are with one another, and how perfectly Spotlights blends the two.

Some genre descriptors do no real service to the music that they represent, but in some cases, the nail is struck squarely on the head. ‘Doomgaze’ is one such subgenre that clicks immediately when you hear the term: you know what this music will sound like. After dabbling in this genre for the better part of a year, I think I can say without reservation that Spotlights does this style and description justice in every aspect. With Love & Decay, this band takes the best elements from doom metal and the reverb-laden shoegaze and blend them into a slurry that glides smoothly through the ear canals and right into the soul.

It becomes immediately apparent that Spotlights have a clear vision for the sound that they want from their instruments and vocals, as well as the production and feel of the record. There’s a polish on each track that showcases their talent as well as serving the song and Love & Decay as a whole. The opening track, “Continue The Capsize”, is at times a light melodic affair that drifts into chugging rhythmic guitars, only to be joined by clean-but-atmospheric vocals near the end. This is a smart move that creates a crisp dynamic in the song and shows just how great this band is as composing a compelling song.

“Until The Bleeding Stops” is the fourth song in the tracklist and comes in with some doomy riffs that would feel right at home in Pallbearer’s book of riffs. The light and airy vocals lay atop the density of the guitars in the same way that a great frosting is a perfect compliment to a great cake. I think I’ll refer to this genre as ‘doomcake’ from now on. While up to this point the formula has been generally the same on Love & Decay, the changes in song composition and how the vocals, guitars, and pacing are all added in different amounts keep the album moving forward. It really never gets old.

While on the subject of pacing, the runtime on the songs is generally around the five-minute mark. This borrows more from the shoegaze side of thing more so than doom. Another smart choice to keep things generally concise. “Xerox” comes in at just over three minutes and the quicker paced song is a welcome by this point. It also reminds me greatly of how a Silversun Pickups song would sound if it were covered in a doom metal style, with bits of grunge thrown in as well. It’s a really great track and I’d recommend this one as an entry point for listeners who want to get a feel for how Spotlights approach music.

Perhaps my favorite song is the penultimate “Mountains Are Forever.” It’s an up-and-down journey of a song that incorporates additional electronics and instrumentation and features some of the heaviest moments on the record. The vocal intensity ramps up as well with a hearty dose of shouted sections that are appropriately further back in the mix. After an album filled with great moments, the catharsis that this track brings to bear is a thing of beauty and queues things up nicely for the final song, “The Beauty Of Forgetting.” This song, the longest on Love & Decay, is a bit of a departure, but tonally fits right in. Oh, it’s also over 11 minutes long and sends this album out in style.

There’s a beauty to this album that’s hard to capture with words. It’s paced incredibly well, toys with its own formula, and blends a variety of styles, without ever losing its identity. With a ton of approachability and plenty of places for the listener to grasp, Love & Decay is a striking accomplishment and should be experienced by anyone who is looking for something fresh in this space. There’s no doubt that this is Spotlights’ greatest work to date, so go get yourself a slice of doomcake and savor every bite.