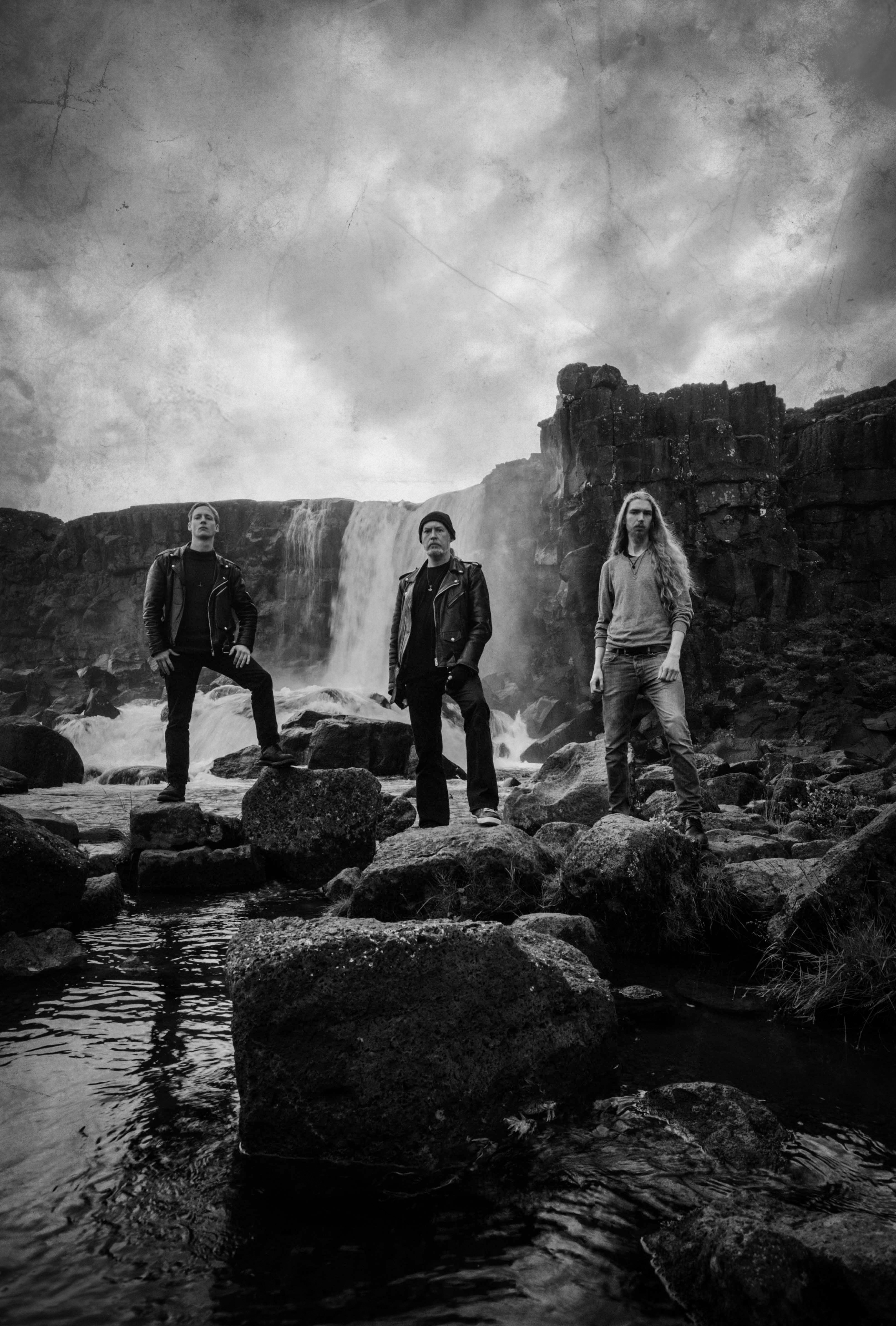 It’s always reassuring to see a band, so deeply rooted in a historical and artistic form of expression, make the distinction that they do not represent any tacky and monstrously discriminatory fringe of modern-day politics. It’s an unfortunate stigma of extreme European metal which many bands are swift to distance themselves from, but few swifter than Árstíðir lífsins. On reading a quick side note to their Facebook mission statement, we know that these guys are musicians of integrity, and that their Nordic influence is, for lack of a better term, the real deal. We the humble audience, get the invite, minus any trace of hostility.

Vápn ok viðr (Part I, of their ongoing Saga á tveim tungum saga) is this part-German, part-Icelandic, band’s fourth expression of Old Norse, and hell’s bells, it’s raw in parts! The heavy musicianship is a neat and classic plethora of thunderous drums and speedy guitars, and a voice which is rich and ruthlessly guttural for the most of the album. For this reason, it is a heavily concentrated discharge of black and death metal. The vocals are one such element which elevate it to a marginally higher plain of distinction, particularly in the more operatic segments of the record.

As one who gravitates to the proggier scale of things, I enjoy the rich harmonies of the voices above the heaviness of the guitars. But that’s not at say that I’m missing the point here. By its very nature, this is a record embedded in the hallmarks of extremity. The delivery is solid and consistent. But fortunately, it is also intuitive enough not to rest fully on those laurels. Orchestral string instruments, and ambient nature effects are two such things which emerge within the soundscape, to add great clarity to the Old-Norse context.

And this is a clarity which I feel will be welcomed by many listeners. It is to the band’s credit that the band name, album, song titles, and lyrics are transcribed and performed in native Old-Icelandic tongue. This also means that music alone is the establishment and the narrator for the many of us unequipped to understand the language. The operatic, sea-stricken closing segment of “Stǫng óð gylld fyr gǫfgum ræsi” and the decidedly beautiful follow-up track “Siðar heilags brá sólar ljósi” help to elevate this record above default traits of the genre, and craft its depiction of a specific time and a place for more effectively.

It’s no surprise then that these slow-paced and sinister moments are without doubt the most striking. Whether you have prog leanings or otherwise, it is my firm belief that the record would be a fairly standard affair without them. But they are there, and so standard  Árstíðir lífsins is not.

Árstíðir lífsins, clearly love the classic extreme sound, and have found a neat way of using it to serve the tone of their artistic statement. Vápn ok viðr is a pleasantly abrasive delve into a historical soundscape, and yet the defining feature is most certainly in the clean parts. Absorbing the album as a whole, you’ll most likely find them to be also the most memorable. But those seeking for a purist feed of the black and death metal sound will also find much pleasure in the album, so there ain’t a great deal to lose, but a fair amount to gain.