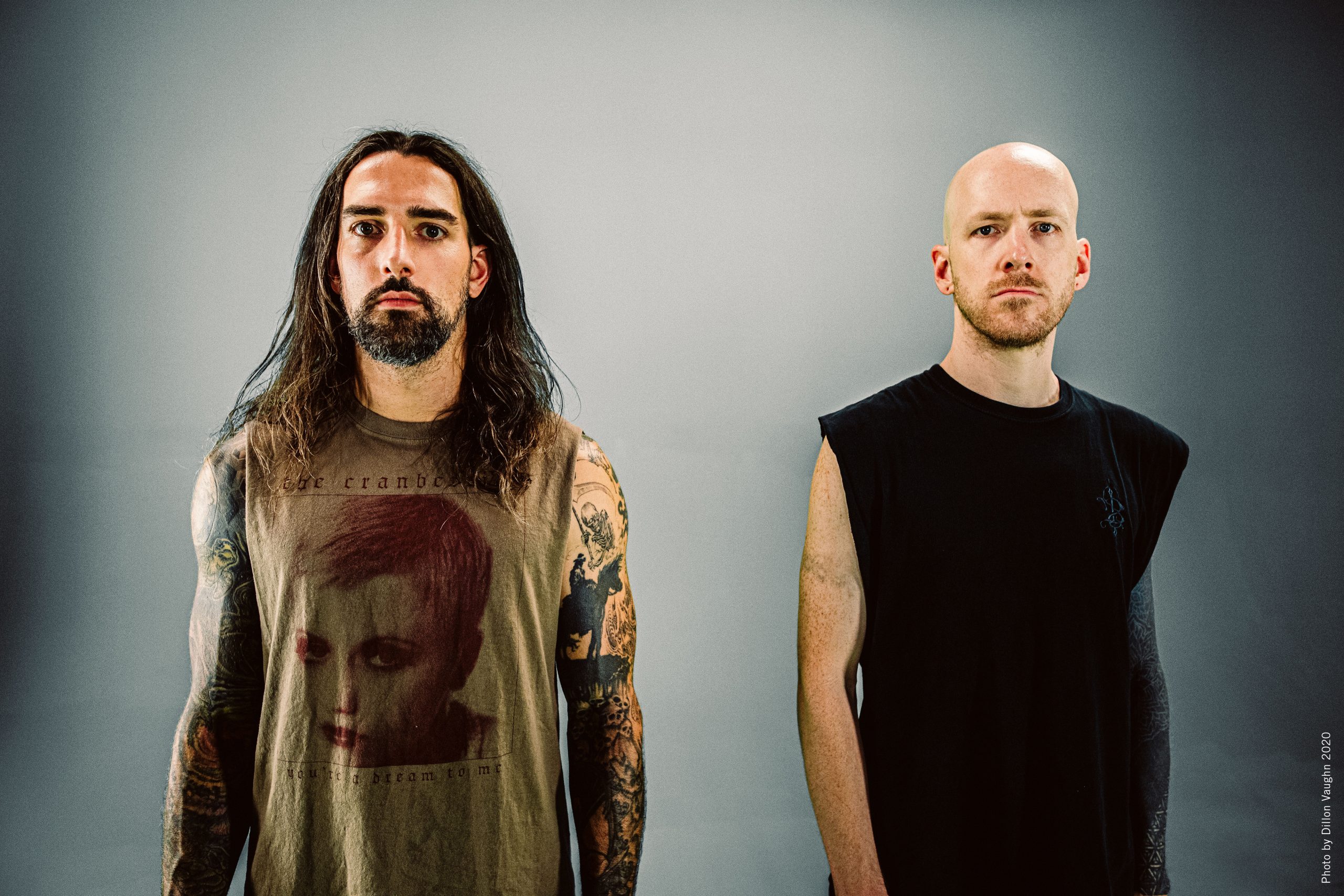 By David RodriguezOctober 12, 2020 No Comments

Spirit Adrift lighten their load by becoming a duo, but stay as heavy as ever. Enlightened In Eternity is ambrosia for a genre too stubborn to ever die.

All right, let’s get this out of the way first:

Anyway, hi, everyone! Hope you’re in the mood to rock because that’s pretty much the only mode our band of focus today operates in. Spirit Adrift have been on a tear through the latter half of this past decade and with Enlightened In Eternity, they look poised to tell us in no uncertain terms that this decade will bring much of the same. Now a duo, Nate Garrett (guitar, bass, vocals) and Marcus Bryant (drums) made a name for themselves by basking in the old-school heavy metal flair that so many bands often do, but remain in tune with modern proclivities enough to stay appetizing for those tired of dated approaches. Like Dio if he had a modern producer.

Doesn’t matter either way for me – I’m happy to enjoy a sound that I wasn’t even around for – but it’s a sticking point for a lot of people. At least this way, more fans can potentially enjoy the spirit of heavy metal without feeling like their dad stole the AUX cord from them. Now, I say all this as it’s the reality we face with Spirit Adrift, but don’t let that dissuade you from checking out Enlightened In Eternity. You’re still hard pressed to find many other bands doing metal as tastily as they do, old-school or not. Much of this is thanks to the shimmering, contemporary production, but there’s more to it than that.

My cute little riff joke earlier had to be said as it’s the number one thing that really drives their music. Garrett is a guitar scholar at this point, chalking up precise algorithms of axemanship and enjoyability onto his proverbial whiteboard to work through. If these are the ones that made the final cut, I’d still like to hear the stuff on the cutting room floor because, damn, you don’t just land on a riff like the lead in “Astral Levitation” in one go. Then again, when you’re Nate Garrett, maybe you do.

I say all this not to ignore other aspects of Spirit Adrift‘s music because, damn², the vocals are just as responsible for creating headbang-worthy music. Garrett’s voice does wonders for the chorus of “Cosmic Conquest” among others – fuck it, the whole song soars well and above where it would be were it just for the melodic fretwork. I do believe that vocals matter in heavy metal, so hearing him give his all, drifting all over his register to command presence with something other than his hands, is very well appreciated by me. See “Screaming From Beyond” for more singing highlights.

And wouldn’t you know it, I can’t ignore the drums either because, damn³, Bryant really knows how, and when, to get shit done with them. An obvious go-to is “Harmony Of The Spheres”, which has a ripping start on all accounts that dissolves into a supremely groovy double bass gallop. The slower strut in “Battle High” is also a cause for rhythm worship. All around Enlightened In Eternity, you see fine percussive craftsmanship, from simple patterns that complement the drive of other instruments to more technical and showy work that you so often see in metal to get the blood pumping.

For the first time since Spirit Adrift‘s debut album, we see an epic, long-form closer in the form of “Reunited In The Void”. They’ve always had touch of doom in them with older albums, but here it’s more like an insatiable flirt, oftentimes evoking other modern heavy metal translators like Khemmis. This is by design – so much classic heavy metal sound came from the mold of Black Sabbath, a decidedly doomier sound than their protometal peers or many of their children of the grave. It really, really shows on this final track, providing a slow and low crusher that culminates in an amp-shattering display of metal musicianship for the last couple minutes where the duo just let loose. Kind of like an ‘oh yeah? Well, watch this‘ moment for anyone who managed to not be impressed for the album’s preceding 35 minutes.

Enlightened In Eternity will make you wonder why Spirit Adrift don’t add that extra ‘f’ to their name. They’ve always had a powerful way with their music and it’s easy for someone indebted to that sound growing up to see why they’re so well liked now. The concept is simple, but the execution is complex. Sincere, too – that’s often more important than the skill demanded. If you like your metal heavy, then this is where you need to be. And hey, if they do decide to add that ‘f’ later, it’s on the house, guys.