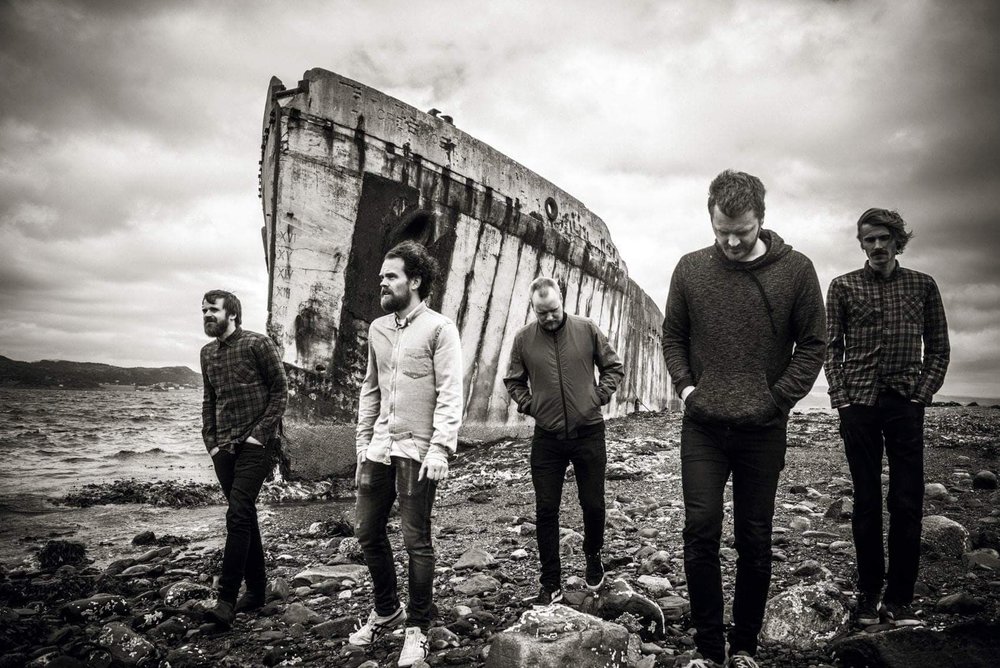 By Pete OverellDecember 11, 2021 No Comments

The Norwegian prog masters in Soup return with yet another beautiful album, one that showcases their incredible songwriting talents and adaptability to new ideas.

Soup has been a big part of my year, musically, having only discovered them in March thanks to the wonderful team here at Everything Is Noise. Their previous record Remedies caught me hook, line, and sinker, with the band’s excellent approach to prog rock reminding me of my love of Oceansize, Amplifier, and The Swan Thief. The band have a particular talent for writing elegant songs that grow and transform from beautiful ambient pieces into bombastic climaxes, utilising clever synths, gorgeous vocals, and on this particular record called Visions, jazzy horns as well.

Something I felt gutted about when approaching this review was that I stayed ignorant to their wonderful back catalogue for the rest of the year until this date. The band have changed so much since their 2012 record Duun, which saw them singing exclusively in their native tongue, and also had them exposing more of their folk side. Those influences aren’t completely stripped back on Visions, but they persist in a much more considered and balanced way, lending themselves to the grander picture. Visions is a daring, yet considered work, all the more so due to the monster fifteen-minute track at the start of the album.

A true prog masterpiece, the track feels like it is comprised of three or four individual tracks itself, flowing incredibly well from one motion to the next. The trippy synths that open the album are a consistent layer that adds a spacey feel to it; the vocals and flutes that come next remind one of early ’70s prog before they quickly escalate into a massive post-rock section. This back and forth of sounds and genres continues, the band flirting with plenty more synth sections, prog rock, and finally the horn-driven jazz that accompanies the frantic finale that encompasses all sounds heard in this behemoth.

The second track “Crystalline” is arguably my favourite, owing to the exceptional melody that consumes the track at around the halfway mark – one will be whistling along on their first listen, let alone their fifth or tenth. It somehow feels so familiar yet so refreshing, a mix of melancholy and hope. The end of the song might arguably be too jarring for some, with powerful feedback and static swallowing the mix completely, bringing this epic to an abrupt end.

“Kingdom of Colour” is another fantastic track, which evokes images of epic fjords and mountains thanks to the wonderful orchestra layered on top of the band. The drums also shine on this track, their tones helping to build its grandiose peaks. It’s gorgeous from start to finish, and sounds amazing when played really loud.

It did take me a few listens to fully grasp the magnitude of Soup‘s vision with this new record. Puns aside, this record is an epic follow up to Remedies, building on the post-prog foundations they built there and really reaching for the stratosphere. The heavy use of synths was very well-contrasted by the orchestral and jazz sections. Of course, something needs to said for the excellent mixing and mastering that allowed every component of the tracks room to breathe and be enjoyed by the listener. Without that, the album could’ve felt quite claustrophobic, but instead, it plays out as an epic tale. Soup has done it again.