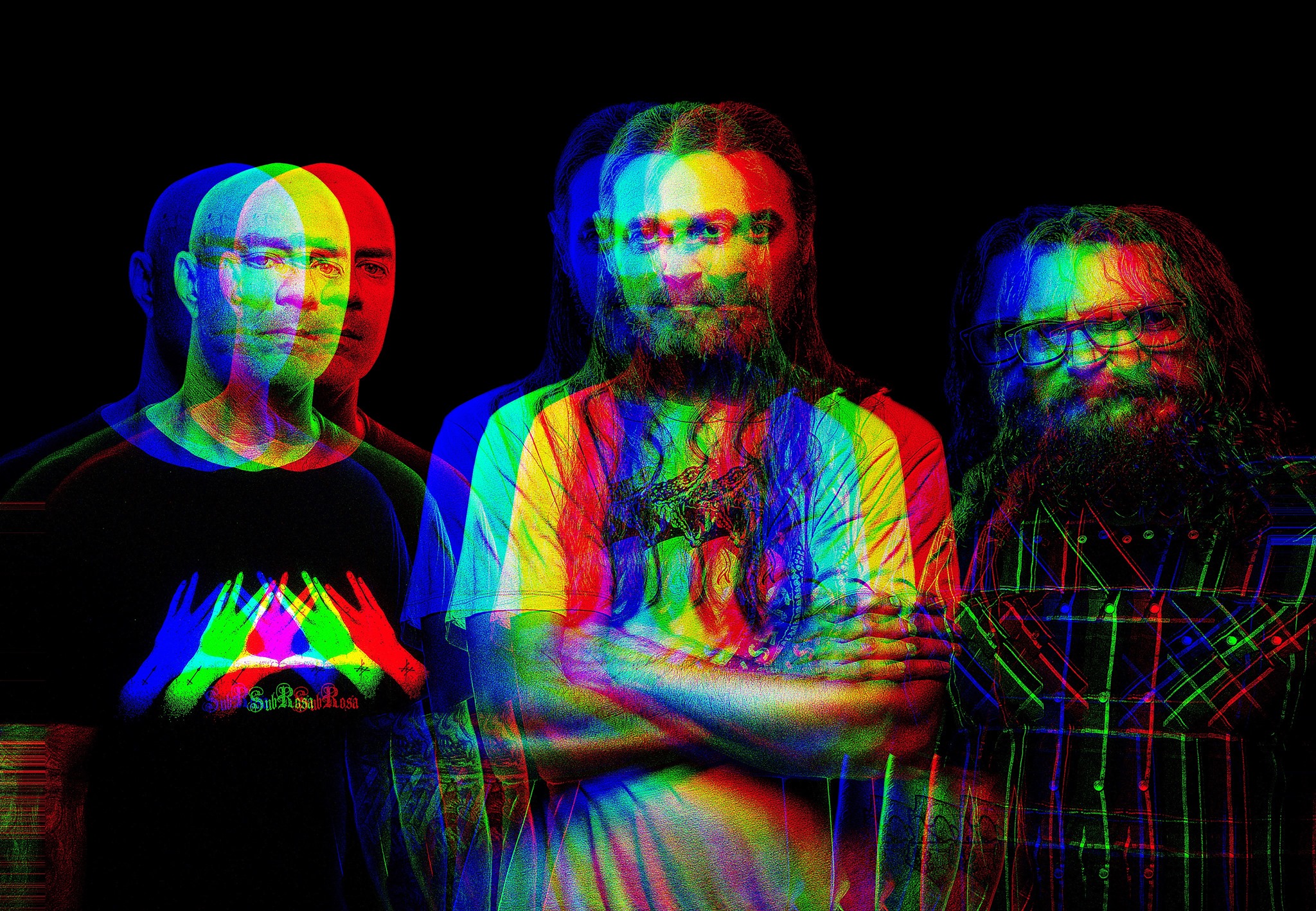 By David RodriguezOctober 31, 2019 No Comments

Sorxe imbue their post-/sludge metal with a spacey tone, effortlessly transporting from one end of the spectrum to the other. The Ark Burner has rock solid atmosphere, groove, and heaviness.

When you’re talking about making really deliberate music that’s slow and heavy, there’s a few different ways to approach it. After listening to Sorxe, they seem to not fit cleanly into any of those established formulae, which is a good thing, right? Someone that breaks the mold is usually going to be more interesting than someone that follows it line by line. This band seem to travel to all corners of the known heavy-verse in their new album, and it’s a hell of a trip.

The Ark Burner, perhaps in tribute to its own name, is an album that’s conducive to wanton destruction and a sinister mood. It has a dark power to it, proving to be capable of blanketing its soundscapes in a foreboding, ashen fog even at its calmest point. Stylistically, it’s a little hard to nail down, but you can look forward to sludgy slowness and post-metal panic the most. It was a constant war in my head to decide which tone of the album I liked more, but who said I had to choose? With Sorxe, you get it all.

“Dependence Day” asserts its dominance upfront with a hefty tone – around three minutes of menacing heaviness. That is until it opens things up, reining in the aggression and dropping the track in a deluge of sludge. It’s outright doomy in parts, vocals lurching and instruments seemingly at a fraction of the speed they were before. Get used to this – it’s indicative of the way Sorxe play with speed and mood, headbanging one minute and floating away into the stratosphere the next.

Along the way, lots of different textures and tempos are added to the mix, the most interesting of which is what I think is a didgeridoo in the intro of “Full Transmission”. This song really takes its time to tell its story, and that’s purely metaphorical, since there’s no actual lyrics or concrete story. What I glean from it is we’re out in the aether, tracing what little we can to find a transmission (perhaps a full one?) lost in space. The final frontier always lends itself well to metal, especially that of a colder, slower persuasion because from a human perspective, that’s how a lot of space operates. Whether that was intentional on Sorxe‘s part, only they know, but it’s a really nice moment on the record.

Come to think of it, I do like the steadiness in this album more. It’s easy to sell me on heavy and fast for the most part, but slowness requires a lot of nuance. What’s the guitar tone like? Can I hear the space in the soundscape? Is it evocative? Listening to the veering existentialism of “Wondering If I Exist” holds all those answers, or perhaps the best part of the album, the title track. It’s 13-and-a-half minutes of everything good about Sorxe. Catchy guitar reminiscent of bands like Mastodon or maybe Khemmis in parts, a forlorn cosmic playfulness that’s introduced by the previous two tracks, and a lot more. At the end of it, The Ark Burner concludes in a satisfactory manner, steering a listener every which way but wrong. Nothing feels unearned, everything is warranted, if not welcome.

I guess my greater point is no matter what Sorxe throw at you, it’s going to be entertaining. Good for them, as you don’t want one part of your album to completely outshine the others. It begs the question: I wonder what their other stuff is like. By itself, The Ark Burner shows a nuanced and mature heavy album layered with well-paced measures in songs. If you like your music spatial and moody, but still want to groove and bang your head a bit, look no further.